Several years ago, Michael Turley was looking for a way to save his fourth-generation, century farm. “I was in pursuit of a viable business model for the small family farm,” says Turley. That pursuit led him to vertically integrate his 700-acre, 120-cow dairy in Greenville, Ill.

Turley’s Rolling Lawns Farm built a bottling plant in 2018 and began processing, distributing, and marketing fluid milk on June 1. To help with the transition from milking to managing the entire supply chain, Turley turned to three government programs for help. A USDA Farm Service Agency (FSA) guaranteed loan helped provide the capital he needed to build the bottling plant, while an FSA farm storage facility loan helped pay for bulk tanks and a Rural Development Value-Added Producer Grant helped get his brand into the nearby St. Louis market.

“The numbers work to support vertical integration, which allows us to capture multiples of the commodity revenue that exits today,” Turley notes. “We can capture a higher price than commodity milk.”

With fluid milk sales on a long-term decline nationally, entering the bottling industry seems fraught with challenges — but it also has its advantages. “Pursuing Grade A manufacturing status gives us the flexibility to do anything. Fluid is a staple in everyone’s home, so it also gives us an opportunity to get brand traction sooner,” he notes.

Turley and others like him are trying to capitalize on the “buy local” movement. According to Cone Communications Food Issues Trend Tracker, 89 percent of Americans take into consideration where their food was grown or produced when making a purchase and two-thirds are willing to pay more for local food. Moreover, 60 percent of consumers who purchase local products say they do so because the products are fresher, and 52 percent say they buy local products to support local businesses, according to Packaged Facts.

Turley is not alone. The U.S. dairy industry has been contracting and consolidating for decades. Last year, the number of licensed dairy herds fell nearly 7 percent, from 40,199 herds in 2017 to 37,468 in 2018, according to USDA data. That loss of 2,731 herds represents more than seven dairy farms a day exiting the industry. 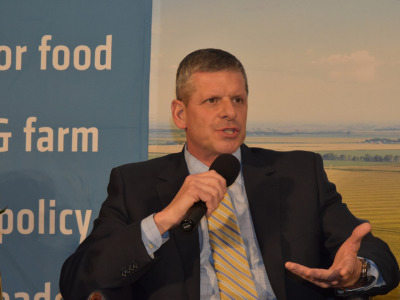 “There is a stratification going on in the dairy industry,” Turley notes. Farms either continue to get larger to capture economies of scale, or like Turley, some are intentionally staying small and figuring out ways to bring in more income. “We needed to find a way to leave the supply chain and enter the value chain,” Turley says. “Entering the value chain gives a small farm a chance.”

Turley’s idea to vertically integrate is nothing new; vertical integration of dairy farms has been occurring for decades. Third-generation Shatto Milk Company in Osborn, Mo., milks 350 cows, and makes a variety of dairy products, including milk, cream, flavored milk, ice cream, cheese, and butter. The low milk prices that defined the dairy industry in the 1990s took a toll on the small dairy, and the owners determined that the farm was no longer sustainable without changes.

In 2001, owners Leroy and Barbara Shatto started to investigate the idea of vertically integrating the farm and bottling their milk to provide fresh, local milk to nearby Kansas City and St. Joseph. In 2003, they made their first delivery of fresh, bottled milk to 10 retail stores in Kansas City. “Leroy and Barbara’s dream came true — the family farm was saved,” says the firm’s website. Shatto Milk also offers farm tours at $6 a person and the opportunity for visitors to milk a cow.

Similarly, Nancy and Ron Robbins run Old McDonald’s Farm in Sackets Harbor, N.Y., where they milk 1,200 cows and host 35,000 visitors a year. They also have a variety of other animals — everything from rabbits, horses, goats, and sheep to emus, llamas, and a camel — and acres of working cropland.

“I started (the farm tours) with the intention to make money,” Nancy Robbins said. “It was in the ’80s, and (the farm economy) was bad — probably as bad as it is now.” For many years, the agritourism side of the business didn’t generate any profits, but the appreciation expressed by visitors helped keep the family positive during the bad times, Robbins says.

Even today, profits from the farm tours are slim, even though adults pay $12 and kids pay $10 to visit. “We are thinking of turning the dairy tours into a nonprofit business so we can apply for grants,” she says, adding that to entertain a group of 100 school children — at $7 per head — requires four or five on-site employees. 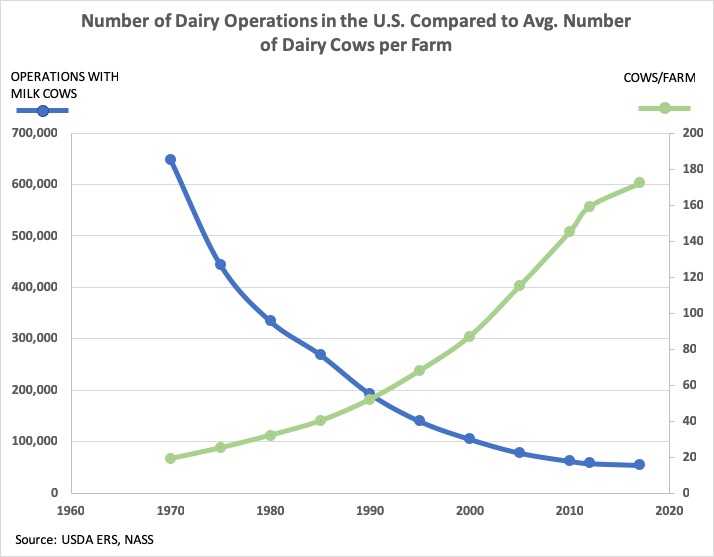 Two years ago, the Robbins built an event barn and are now hosting birthday parties and weddings, similar to what wineries have been doing for years. “That’s gone very well,” Robbins says. But running such a large enterprise for the public isn’t for everyone. “You really have to like being with people,” she says. “It’s agro-tainment. You have to make it fun.”

Turley expects to make conservation and animal husbandry critical components of Rolling Lawns Farm as he expands, and he thinks he can bring in 10 times the revenue generated by an acre of corn with other ventures, including introducing his 12-year-old, non-milking pedigreed cow “Iris” and his other purebred Holsteins to his visitors. “What we feel can be a defining attribute for our brand is reverence for the animal,” he says. “I can introduce visitors to our farm to a cow family that has a pedigree that dates back to the 1800s.”

Turley is well on his way to success. He is now processing 40 percent of the milk his herd produces and selling the rest to a co-op. His 55 customers include restaurants, coffee shops, bakeries, food service, and retail — sectors that use his milk as an ingredient and/or sell it bottled to consumers. Within a few months, Turley expects his customer base to nearly triple.

While the depressed dairy industry is once again forcing innovation, not all small dairies are prepared to take on both the financial risk and the added workload of either vertically integrating or adding a side business to their farm. Another way they can manage risk is to participate in the Dairy Margin Coverage (DMC) program, an update of the dairy Margin Protection Program (MPP). The DMC program offers greater levels of coverage and more affordable premiums than the MPP did.

The 2019 farm bill’s changes to milk margin coverage will benefit farms of all sizes but offers the most protection for the first 5 million pounds of milk, the equivalent of about 215 milking cows, says John Newton, chief economist with the American Farm Bureau Federation. “This isn’t going to guarantee a profit to everyone,” says Newton. “They still need to be proactive in managing their risks and running their farms.”