Following the nation's wettest winter on record, some 25 states are at risk for moderate to major flooding through May, including Iowa, Missouri, and Nebraska, in a region where floodwaters have already swamped entire communities, including millions of acres of prime farmland, according to the National Oceanic and Atmospheric Administration.

The flood risk is challenging the Army Corps of Engineers to manage the flow of the Missouri River from a melting snowpack in the northern Rockies.

In its Spring Flood Outlook, NOAA said additional rains will prolong flooding in the central and southern U.S. The flood threat will become “more widespread” as the excessive water flows downstream through river basins over the next few months.

Lawmakers are monitoring the situation, especially along the Missouri River. “It could develop into a very serious situation,” said Senate Agriculture Chairman Pat Roberts, R-Kan. “What I’m concerned about, and everybody is concerned about, is that whole basin is full of water, and the snowmelt hasn’t even started.”

According to NOAA, the greatest areas of risk for moderate to major flooding include the upper and lower Mississippi River, the Red River of the North, the Great Lakes, the eastern Missouri River, lower Ohio, lower Cumberland, and the Tennessee River basin.

Record snows across most of the central U.S. set the stage for an elevated flood risk. USDA Meteorologist Brad Rippey said he’s watching the snowpack around the Red River of the North (which forms the North Dakota-Minnesota border) and the northern Rockies, where a snowpack still needs to melt and work its way down through the Missouri River basin, which experienced flooding in mid-March.

Rippey said the nation broke a precipitation record that was set during the strong El Niño of 1997 and 1998, and "that is just looking at December, January, and February.” According to NOAA's national precipitation rank, released in February, precipitation was “much above average” or at a score of 124. NOAA uses the number 0 as the driest and 125 as the wettest. NOAA has been collecting precipitation data since 1895. 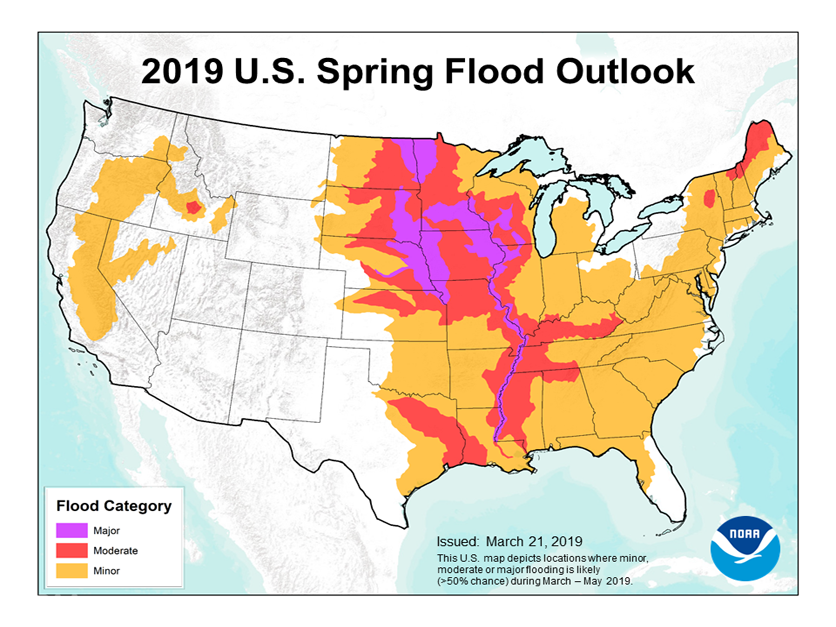 on March 31. Thirty-four percent of the country is experiencing "surplus soil moisture" at this time, and in the Midwest, the number is 40 percent. "At the top of the list we have right now, we have Iowa coming in at 62 percent along with Ohio," he noted. Nebraska is currently at 47 percent and Missouri is at 50 percent surplus soil moisture.

USDA was not publishing the same topsoil moisture statistics in 2011, but Rippey used the Crop Moisture Index as somewhat of a comparison. Rippey said a lot of soil saturation in 2011 occurred across the eastern one-third of the country from the "Mississippi Valley eastward." Areas in the western Cornbelt, such as Nebraska and Iowa, were not nearly as wet. In early April 2011, topsoil moisture in Iowa had a 15 percent surplus, Ohio's was 35 percent surplus, while topsoil moisture was only 4 percent in Nebraska.

Rippey fears with the “general stormy pattern,” the same situation that happened along the Missouri River in March could happen again farther north.

Right now, there is heavy water flow in the Missouri and Mississippi River basins, but “we’ve been fortunate in some respects, some of these high-water events have not coincided at the same time as we saw in 1993,” Rippey said. But the potential exists because the right factors are “already in place.”

Rippey said the recent floods can't be compared to those of 2011 because flooding happened at different times throughout the year and not all at once.

The lower Missouri River region is particularly vulnerable. Most of the river from Omaha south through Missouri is still above flood stage as the Corps continues to release water from upstream reservoirs, said John Remus, chief of the Corps’ Missouri River Basin Water Management Division.

Releases from Gavins Point dam in southern South Dakota, the last dam on the river, were increased last weekend and will continue to be increased for several days, Remus said.

The Corps is releasing water from storage reservoirs in the Dakotas to “make room for any heavy rains that may take places in the next several weeks,” he said.

The concern is that if the reservoirs run out of capacity, the Corps could be “struggling to help the people out in the lower river when they need it the most,” he said.

Meanwhile, the lower Mississippi River system is prepared for any potential flooding this spring, said Andy Ashley, deputy chief of the Corps' Mississippi Valley watershed division in Vicksburg, Miss. “We’re in a really good spot in terms of reservoir capacity along the system and how our levees have been performing through this event.”

Ashley said a lot of money was poured into repairing levees along the Mississippi following the 2011 flood. Once those were repaired, “we’ve been monitoring them as flood stages have increased and we have levee patrols to make sure everything is safe,” Ashley said. Remus said the Corps continues to update local, state, and national officials 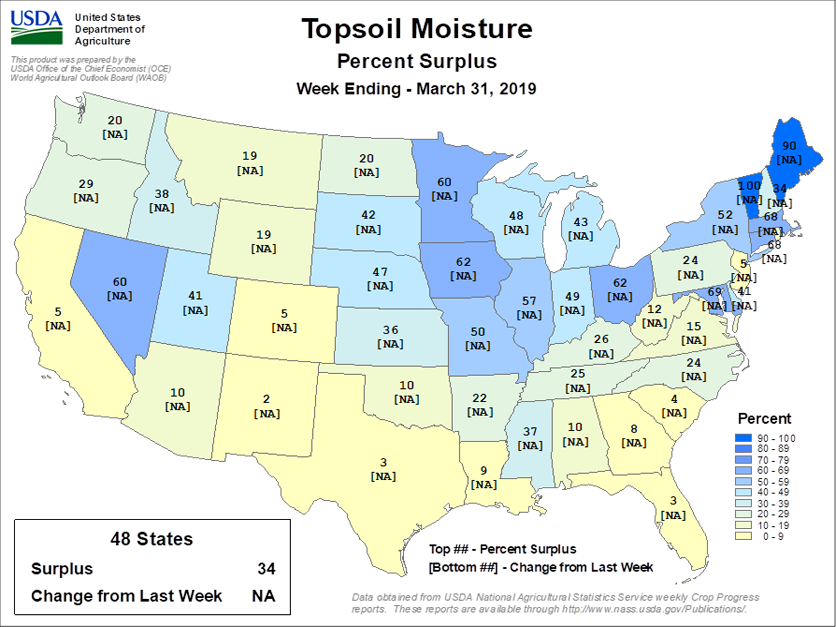 on flooding threats and what the Corps is doing to be ready for those.

Sen. Chuck Grassley, R-Iowa, aired his concerns about Corps river management in a meeting Monday with Brig. Gen. D. Peter Helmlinger, who heads the agency's 14-state Northwestern Division. Grassley said he told Helmlinger that "there is not enough emphasis on flood control ... when controlling the Missouri from the five dams that exist."

Grassley said the general talked about having to find a balance among competing interests. But Grassley said the Corps was "more concerned about fish than about public safety and health of human beings," a reference to ensuring adequate flow for the pallid sturgeon, an endangered species.

After a recent Senate Armed Services Committee hearing, Sen. Josh Hawley, R-Mo., called for major reform of the way the Corps manages the Missouri River, an issue that has long divided upstream and downstream states.

“What is abundantly apparent is that we can’t go on like this," Hawley said. "We need to consider serious reforms. These might include an overhaul of the Corps’ master manual (for regulating the Missouri) or perhaps placing the Corps in another agency altogether."