A new federal report on glyphosate’s toxicological effects likely will play a role in the ongoing debate — both in the court of public opinion and in courts of law — over the safety of the principal ingredient in Roundup.

The “toxicological profile” of glyphosate by the Agency for Toxic Substances and Disease Registry, part of the Department of Health and Human Services, summarizes studies on the herbicide’s effects and recommends areas for further research.

But the part of the report that most people will probably turn to first, given the heated debate over Roundup’s carcinogenicity, starts on page 53: Section 2.19-Cancer.

The conclusion of the health agency is open to interpretation. The profile said “most studies found no association between exposure to glyphosate-based products and risk of cancer,” but “a possible association between exposure to glyphosate and risk of non-Hodgkin’s lymphoma could not be ruled out, based on conflicting results.”

Bayer spokeswoman Christi Dixon said, "We welcome another scientific perspective on what’s the most studied substance of its kind, glyphosate. Our experts have not had the opportunity to fully review the ATSDR profile in full detail, but we support constructive dialogue and the scientific rigor that’s inherent in the U.S. regulatory process.”

The company will participate in the public comment period, submitting “many of the same studies you see on our transparency platform,” Dixon said. On Monday, Bayer released 107 studies Monsanto had submitted to the European Food Safety Authority as part of the authorization process in Europe.

Dixon added, “We continue to have full confidence in the safe use of glyphosate and believe that the extensive body of science, 40 years of real-world experience and the conclusions of regulators, including the U.S. EPA, European Food Safety Authority (EFSA), European Chemicals Agency (ECHA), German BfR, and Australian, Canadian, Korean, New Zealand and Japanese regulatory authorities, as well as the Joint FAO/WHO Meeting on Pesticide Residues (JMPR), confirm that glyphosate‐based products are safe when used as directed and that glyphosate is not carcinogenic.”

Charles Benbrook, an ag economist who has quantified glyphosate use worldwide and believes there’s enough evidence to show that exposure to glyphosate-based herbicides — especially at high levels — increases the risk of NHL and other cancers, says ATSDR “does a good job dancing around” the carcinogenicity question, but ultimately does not agree with EPA’s determination last year that it is “not likely” to cause cancer. 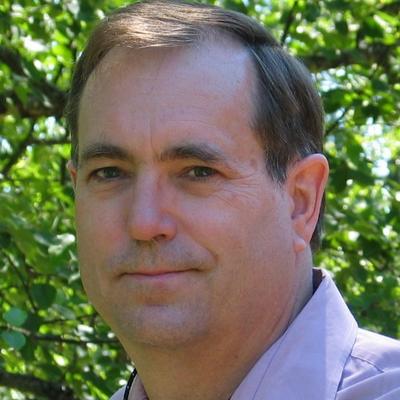 Benbrook, who runs Benbrook Consulting in Troy, Ore., has testified for plaintiffs who are suing Monsanto (now owned by Bayer) in state and federal court in California, claiming exposure to Roundup was a substantial factor in causing their NHL. He is due to testify this week in the latest of those trials, Pilliod v. Monsanto, involving a husband and wife.

“ATSDR is extremely cautious,” he says. “Is ATSDR closer to IARC or EPA? They’re in between — they certainly did not support EPA’s final evaluation.”

But there are some significant differences between the two documents. EPA said “oral exposure is considered the primary route of concern for glyphosate,” while ATSDR said “dermal contact appears to be the major route of exposure to glyphosate for people involved in its application.” The report also said for the general population, “the main routes of exposure to glyphosate … result from the ingestion of foods with residues of glyphosate and foods made from these crops, as well as dermal, ocular, or inhalation exposure from application of herbicides containing glyphosate.”

The plaintiffs in the cases in California thus far have been a groundskeeper for a school district and a homeowner who used Roundup extensively on his property for more than 20 years. Dewayne Johnson won $289 million from a jury in state court before the judge knocked the award down to $78 million. The other plaintiff, Edwin Hardeman, won about $80 million from a six-person federal jury. Bayer is appealing the first verdict and is likely to appeal the second.

Benbrook says the ATSDR profile shows that people at greatest risk from glyphosate exposure are those who apply it directly, using a hand wand, backpack sprayer, or all-terrain vehicle, for example.

“It’s a completely different exposure scenario” than you would find on a farm, where the applicator is enclosed in a cab, Benbrook said. “Most people are getting their most significant exposure at home” through application, not diet, Benbrook said.

But Val Giddings, a senior fellow at the Information Technology and Innovation Foundation who has written extensively about this topic, described Benbrook’s comments as “speculative” and cited a Journal of the National Cancer Institute report showing glyphosate was not statistically significantly associated with cancer in a study of more than 50,000 applicators 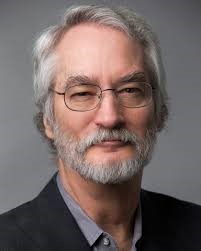 “I am not aware of any general data on glyphosate exposure of different populations that support Benbrook's comments about exposure,” Giddings added. “Farmers come into orders of magnitude greater contact with glyphosate than citizens.”

And he pointed out that any "concerns" about exposure to glyphosate at any level “must start with a consideration of its toxicity, which data show is less than that of table salt, baking soda, ibuprofen, coffee, to say nothing of wine or beer.”

On the Monsanto lawsuit: She described non-Hodgkin’s lymphoma (NHL) as “about 30 to 60 different kinds of extraordinarily rare types of cancer.” She said cancers caused from exposure involve a clear cause and effect seen over and over again and none of the NHL subgroups have shown that type of association.

In civil cases like this, convincing a jury over the empathy for a cancer victim is difficult. The jury would have to “sit through hours and hours and hours” of epidemiological and toxicological testimony, said Dunn, adding that a criminal case would be more thorough.

Another difference in the two documents: EPA says “dermal penetration has … been shown to be relatively low for human skin (<1%) indicating dermal exposure will only contribute slightly to a systemic biological dose.” ATSDR says “available dermal studies indicate that only 3-4 percent of dermally applied glyphosate enters the blood.”

ATSDR made a number of recommendations for further research:

Correction: This article originally said ATSDR is part of the Centers for Disease Control and Prevention. It is part of the Department of Health and Human Services.