The U.S.-Mexico-Canada Agreement is going to have to be torn open to add labor enforcement measures or the newly renegotiated trade pact will have no chance of ratification in the U.S., AFL-CIO President Richard Trumka said Tuesday.

Trumka — an influential ally to many Democrats — said he is pleased to see Mexico’s legislature moving to approve labor protections called for under USMCA, but he also stressed that won’t be enough.

“Even if you have those laws, that doesn’t mean you have the ability or the will to enforce them,” Trumka said about Mexico. “What we want to see is that they have … the infrastructure to be able to enforce the bill and … the resources to do it.” 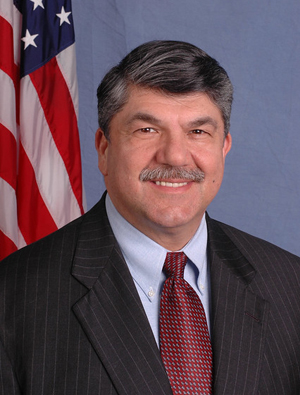 Mexican reforms to allow workers to choose their own union contracts and representation are viewed as key to reversing Mexico’s history of providing a low-wage environment that encourages U.S. manufacturers to set up factories south of the border.

Mexico’s lower house of Congress has approved a labor reform bill and the upper house — Mexico’s senate — is expected to do so soon.

Trumka praised the legislative action, but said it's only the first step toward making sure that the USMCA can be ratified.

“None of it’s impossible,” he said. “We can do it. Some of it can be done in the (USMCA) implementing language. Some of it will have to be done by reopening (USMCA).”

But U.S., Mexican and Canadian officials have said that’s a line that should not be crossed. Leaders of all three countries met last year in Buenos Aires to sign off on the renegotiated North American Free Trade Agreement after more than a year of grueling negotiations.

President Donald Trump has already made it clear that he wants to dissolve the existing NAFTA, making USMCA ratification extremely important to the U.S. ag sector because the pact would keep most tariffs at zero. The U.S. exports about $19 billion worth of pork, beef, dairy, grain and other commodities to Mexico every year.