Democratic presidential candidates are trying to make agribusiness mergers into a campaign issue, and some Republicans — as well as farmers — also worry the industry's recent consolidation trend is increasingly making it harder for growers to make a profit.

“If Teddy Roosevelt were alive today, you know what he would say to these behemoth agribusiness companies: He would say, ‘break them up’. And, working together, that is exactly what we are going to do,” Sanders wrote on his presidential campaign website.

Sens. Elizabeth Warren of Massachusetts and Cory Booker of New Jersey have also expressed support for a moratorium.

A recent report from the left-leaning Center for American Progress provides some analysis to bolster the case Democratic candidates are making.

“When you put your competitors out of business, you are able to really have a much bigger size compared to your suppliers,” said Andy Green, director of economic policy for CAP. “You are able to raise the prices for those buying your products and lower your products from those you buy from.” The report frequently cites the Obama administration's Department of Justice field hearings which were held around the country in 2010 but did not result in any crackdown on mergers and acquisitions. 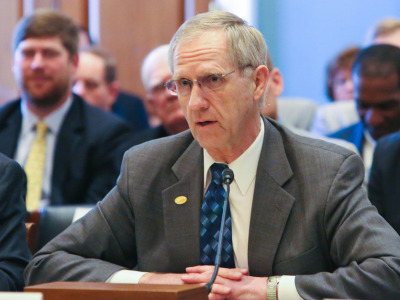 The report says the divestitures the Justice Department required in the recent mergers of Bayer and Monsanto and of Dow and DuPont did not go far enough to limit the impact on farmers.

But the Department of Justice - which required Bayer to divest businesses and assets worth about $9 billion in order to acquire Monsanto for $63 billion - argued that selling assets to BASF would "fully resolve all horizontal and vertical competition concerns."  In a competitive impact statement, DOJ noted that the divestitures will "ensure that BASF replaces Bayer as an independent and vigorous competitor in each of the markets in which the proposed merger would otherwise lessen competition."

“This comprehensive structural solution to significant horizontal and vertical competition concerns—the largest negotiated merger divestiture ever required by the United States—preserves competition in the sale of these critical agricultural products and protects American farmers and consumers,” said Assistant Attorney General Makan Delrahim of the Antitrust Division in a statement last year announcing the deal.

Bayer was required to divest its businesses that competed with Monsanto. Those included Bayer’s cotton, canola, soybean, and vegetable seed businesses, as well as Bayer’s Liberty herbicide. Dow and DuPont were also required to divest multiple crop protection products. In 2017 FMC acquired the portion of DuPont's Crop Protection business that the European Commission required it to divest- expanding the firm to the fifth largest crop protection chemical company in the world by revenue.

Since 1988, the market share of the largest companies in the corn seed industry has risen from 50 percent to 85 percent in 2018, according to the CAP report.

A 2017 report by University of Illinois economist Gary Schnitkey said the relative stability of corn prices had left seed companies with few options for increasing profitability other than to seek mergers that could potentially make it easier for the combined companies to develop new technologies.

How can Democratic presidential candidates win the rural vote?
A closer look at the impact of the Bayer-Monsanto merger
Democratic candidates tap activists, farmers for policy advice

“The resulting new technologies could offer farmers additional value opportunities for which those farmers would be willing to pay a higher price, resulting in revenue growth to the merged company,” he wrote.

He said that corn seed costs were unlikely to decrease significantly until acreage declined, and that farmers were reluctant to shift from corn because of its profitability.

A recent analysis by Farmers Business Network, an independent farmer-member company, showed the price of corn seed has remained relatively flat the last five years at an average of $315 per bag.

Reports by USDA's Economic Research Service point to market forces and the emergence of new technologies as the reasons driving industry consolidation, but a presentation last year by James McDonald questions whether more recent merger policies are the correct strategy. 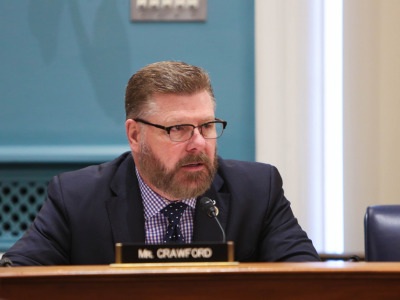 Concerns aren’t limited to Democrats. Rep. Rick Crawford, R- Ark. told Agri-Pulse the topic of agribusiness consolidation comes up all the time when he visits with farmers back in his district.

“Fifty percent of the inputs for U.S. agriculture are going to be in the hands of very few people and potentially foreign-owned entities, which presents a national security challenge,” Crawford said.

Crawford has heard consolidation concerns from small seed dealers specifically. He said it puts an “enormous amount of pressure” on them when you talk about their ability to compete.

Texas cotton producer Matt Huie told a House Agriculture subcommittee recently that consolidations of major ag companies have taken competition out of the marketplace for technology and seed.

“They’re all selling the same products and that is part of what has held our input costs high, because there isn’t really a great option out there to lower our input costs,” Huie said.

NFU’s Johnson said there should be a publicly funded independent study on consolidation and mergers moving forward.

“We should be making policy decisions about whether we should allow continued consolidation or whether we ought to be able to make changes to the law to prevent mergers,” he said.

In some cases, Johnson said the government also may need to reverse some of the mergers that have already taken place.