Two years ago, Chad Gregory thought it inevitable that his industry would transition to cage-free production by the 2025 goal set by its major customers.

Today, after extensive conversations with both producers and buyers, he’s not so certain.

These “really uncertain times in the U.S. egg industry” are the result of an organized campaign by nongovernment organizations (NGOs) and “animal rights” activists targeting egg production, Gregory said. “It has caused an amazing amount of uncertainty in my industry.”

The “small minority yelling about one thing” has persuaded some food processors and grocery chains to make policy decisions to buy only cage-free eggs by 2025, he said, aspirations that are “impossible to do financially and impossible to do physically by 2025.”

Gregory said it is possible that “a good deal of manufacturers” will be able to follow through on their commitments but grocery stores are “a completely different deal. Although some food retailers have made the commitment, he added, “they are now having second thoughts and trying to figure out how to get off of that list.”

Although projections are difficult, he speculated 95 to 100 percent of the egg products industry will be able to buy cage-free eggs by the deadline. However, only “only 30 or 40 or 45 percent of shell eggs” will bear a cage-free label “because consumers really want affordable food, they really want cheap eggs.”

Gregory’s reassessment of the likelihood of transition to cage-free flocks is based on experiences of his member companies. It also is consistent with a January Watt Ag Net poll of egg producers who expect that 55 percent of laying hens will remain in conventional cages by 2025, with 43 percent cage-free and 2 percent in “enriched colony” cages. 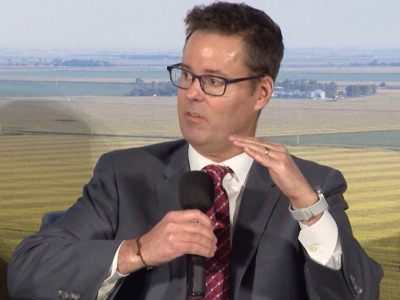 “Their customers are giving their egg suppliers mixed signals,” Gregory told Agri-Pulse in an interview. Most major buyers — food service companies, food manufacturers and large restaurant and retail chains — “all went on that list to be 100 percent cage-free by 2025,” he said. "That happened in 2015 and 2016 and as the deadline of 2024 or 2025 approaches, customers recognize how complicated that is and realize that the consumer shopping in their store doesn’t really want to pay more for eggs. They are sharing their concerns with suppliers.”

Gregory anticipates that a “real large percentage of manufacturers and restaurants will switch to cage-free and meet their deadlines.” It is easier to switch for those buyers because not many consumers are asking for cage-free eggs in noodles or other processed food products. The higher cost of cage-free eggs will be less important to such buyers — who represent about one-third of the market for eggs — because eggs constitute only one of many ingredients in their finished products and any increase in the price to the consumer will be minimal, he said.

“The other two thirds [of the industry’s production] is dedicated to shell eggs in grocery stores,” Gregory explained. “That’s the one that’s complicated. The retail store doesn’t know how to replace conventional eggs with more expensive eggs.”

Josh Balk, vice president of the farm animal protection team at the Humane Society of the United States, is optimistic that major retailers will meet their 2025 target for all cage-free eggs. “It’s still five years before the phase-in date,” he told Agri-Pulse. “There is a steady increase across the nation and we’re getting close to 20 percent” of laying hens in cage-free systems, he said, compared to the “low single digits 10 years ago.” Balk noted that Whole Foods has been cage-free for nearly a decade and Costco is “very close to cage-free right now.”

Although the price of cage-free eggs may decline if their adoption becomes more widespread, today the gap is considerable. USDA data for the week ending May 24 shows the average supermarket advertised price of conventional grade AA large eggs at $0.90 per dozen and that of the same grade of cage-free white eggs at $1.53 per dozen and brown eggs at $2.96 per dozen.

The impact of higher prices on consumer behavior could be dramatic, according to a study by Jayson Lusk, head of agricultural economics at Purdue, for the Food Marketing Institute (FMI). His survey of more than 2,000 consumers, released last year, found that “more than half of egg shoppers are price sensitive, with limited willingness to pay more for cage-free eggs.” Only 16% said they normally buy cage-free eggs and 17% would not buy eggs if lower-priced conventional eggs were no longer available. 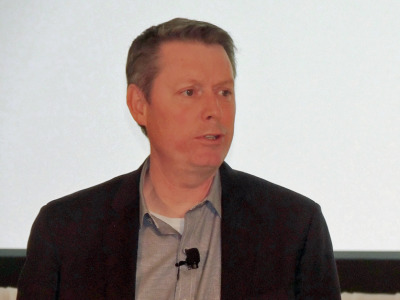 The price differential is explained by the higher costs of production. Gregory pointed out that a study by the Coalition for Sustainable Egg Supply — which included major egg producers and consumers such as McDonald’s and Cracker Barrel — enumerated higher costs of capital, feed and labor and higher death losses of hens in concluding that a cage-free system was 36 percent more expensive to produce eggs than the conventional cage system.

Gregory estimated that the transition to cage-free production from conventional cages would require a $10-11 billion investment. In addition, it would take time. Building a large-scale cage-free egg operation would require 3-4 years, he said, including the time to obtain regulatory permits and obtain the manufactured metal materials for the barns.

Adoption of cage-free production may be higher in states where ballot initiatives or legislative action require it. California’s Proposition 12 — which also dictates raising conditions for hogs and veal calves — would require cage-free supplies effective next January. Similar conditions will follow in the state of Washington and likely Oregon, Gregory noted.

The renewed push by animal rights organizations for state legislative restrictions likely is a realization that food retailers are having difficulty meeting the pledges — made largely because of pressure from animal rights activists — and may not be able to fulfill their commitments, he said. The activists now “are trying to figure out another way to force retailers and consumers to be cage-free only,” he added. “They are hedging their bets.”