Farmers, who were unable to get into their soggy fields to plant corn and soybeans due to record rainfall this spring, are not only faced with bags of seed they can't use, they are also looking for warm season cover crop seeds which may be difficult to find.

The final planting date for prevented planting (PP) coverage has passed with a massive number of intended corn acres not planted this year. Many more acres slated for soybeans will also be too wet to plant. As of Sunday, 83% of the expected corn acreage and 60% of the expected soybean crop had been planted, according to USDA. That means about 15.8 million acres of farmers’ intended corn acreage remained to be planted.

The nation’s cover crop seed companies have secured their inventories from seed growers earlier than usual, but representatives say supplies of some varieties could run out, sending buyers longer distances to secure seed.

“An increase in the number of customers using prevent plant options this year is leading to an increased interest in cover crop seed. While the cover crop seed industry is doing its best to meet this demand, seed growers need to plan inventories well in advance,” according to Scott Wohltman, cover crop lead and agronomist for La Crosse Seed, in La Crosse, Wisconsin. 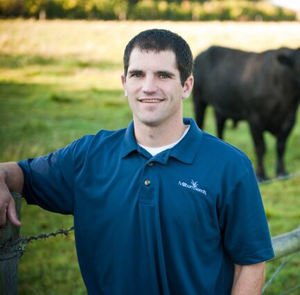 “As of now we have not run out of any species, but we are encouraging people to get their orders in,” Fruechte says, adding that Millborn Seed anticipated the run on warm weather varieties and thus stocked up on seed supplies early. “Things are getting tight, but we still have inventory,” he says. “We could eventually run out of some millets and some Sudan grasses.”

Cover crop acreage was growing on its own without the potential PP-related increase. The 2017 Census of Agriculture reported almost 15.4 million acres of cover crops were planted in 2017 (excluding land enrolled in the Conservation Reserve Program), an increase of about 50%.

Time is also running out for farmers to plant soybeans, although those with unplanted corn acres are not automatically switching to soybeans. “It makes more sense economically for some to take PP acres than plant soybeans. The PP corn payment will be higher than the value of the soybeans,” Fruechte says.

Agriculture Secretary Sonny Perdue says USDA is not legally authorized to make Market Facilitation Program payments to producers for acreage that is not planted. "However, we are exploring legal flexibilities to provide a minimal per acre market facilitation payment to folks who filed prevent plant and chose to plant an MFP-eligible cover crop, with the potential to be harvested and for subsequent use of those cover crops for forage," he explained in a statement.

However, USDA warned that you must comply with crop insurance requirements for prevented planting, cover crop, and harvest options for your operation and recommended talking to a crop insurance agent about your options.

"If you choose to plant a cover crop with the potential to be harvested, because of this year’s adverse weather conditions, you may qualify for a minimal amount of 2019 MFP assistance." The agency says it is currently" reviewing the prevented planting restrictions in the Federal Crop Insurance Act to determine what options may be available."

Green Cover Seeds in Bladen, Nebraska, also pre-bought warm season cover crop seeds from growers in anticipation of unusually high demand. “As more farms confirm they are going to apply for prevented planting, the options will be fewer,” says Colton Catterton, sales agronomist for Green Cover Seeds. “If everyone wanted to cover all the prevented planting acres in the continental United States, there would not be enough warm weather cover crop seed in the country.”

Catterton, Fruechte, and Wohltman recommend that as soon as producers know they are going to file for PP insurance, they should order their cover crop seed needs. Even those planning to plant cover crops this fall might be wise to secure seed early.

“It’s not possible to predict all of the environmental factors that have come into play this season, which in addition to bad weather at planting included winter kill of forage crops,” Wohltman says. “Flexibility is a hallmark of our industry, and we are already looking ahead at how the late planting will impact demand for cover crops in the fall. Unfortunately, we are already seeing drier weather impacting cereal rye production in some areas of Canada.”