President and CEO of Sunkist Growers Inc., Russ Hanlin, announced his plan to retire on Oct. 31. Jim Phillips, president of Porterville Citrus, will succeed him. Hanlin began his career with Sunkist in 1978 as a buyer for Fruit Growers Supply Co., Sunkist’s manufacturing and supply division. Phillips has served on Sunkist's and Fruit Growers' supply boards, as well as the California Citrus Mutual board.

The Next Big Thing Growers’ Cooperative has hired Jennifer Parkhill as its new executive director. She most recently served as the Northeast region category manager of produce at US Foods. She joined US Foods in 2000 as director of marketing.

Hank Wetzel has been elected to serve as the chairman of the board for the Wine Institute for the 2019-2020 year. Wetzel is a founder and family partner of Alexander Valley Vineyards in Healdsburg. The election took place at the Wine Institute’s 85th annual meeting. Other board officers elected include: John Sutton of The Wine Group, first vice chairman; Suzanne Groth of Groth Vineyards & Winery, second vice chairman; Rick Tigner of Jackson Family Wines, treasurer; and Randall Lange of LangeTwins Vineyards and Winery, secretary. Bobby Koch is President and CEO of Wine Institute. 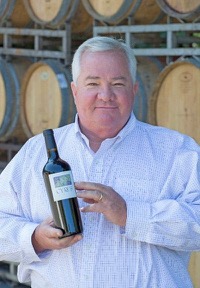 Jeff Huckaby, president of Grimmway Farms received The Packer’s Produce Man of the Year award at the United Fresh Produce Association conference and expo. Huckaby serves as a  member of the USDA Fruit and Vegetable Industry Advisory Committee, the California State board of Food and Agriculture, the United Fresh board of directors and the College of Agriculture Advisory Council at California Polytechnic State University in San Luis Obispo.

The National Sustainable Agriculture Coalition (NSAC) tapped Sarah Hackney to serve as the new coalition director. Hackney will begin in the new role in mid-July. She started at NSAC in 2011 where she served as the grassroots director.

The U.S. Wheat Associates board of directors installed new officers at its annual meeting in Whitefish, Mont. The officers serving in the 2019-2020 year were elected in January 2019 at the board of directors meeting. They are: chairman Doug Goyings; vice chairman Darren Padget; secretary-treasurer Rhonda Larson; and past chairman Chris Kolstad. 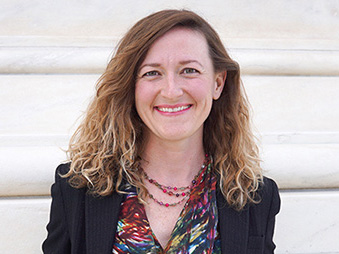 Dave Kuntz is the new communications manager for the Environmental Defense Fund. He previously worked for Sen. Jon Tester, D-Mont., as the deputy communications director.

Michigan Democrat Debbie Stabenow hired Adam Tarr to work on the Senate Committee on Agriculture, Nutrition, & Forestry's staff as a senior professional staff member managing conservation issues. He most recently handled the portfolios of agriculture, environment and energy issues as a senior policy adviser for Sen. Bob Casey, D-Pa. Before that, Tarr worked at USDA, where he was a senior adviser to Secretary Tom Vilsack. Tarr joins Rosalyn Brummette, policy analyst, in covering conservation issues. Sean Babington, senior professional staff, will take on a new role managing climate change policy across the committee’s jurisdiction, while continuing to handle forestry and pesticide issues.