Perdue reaches out to California farmers on USMCA, trade aid

Perdue’s last discussion took place on the edge of the Bogle Winery vineyard, just outside of Sacramento. With a cool delta breeze and chirping birds, Perdue and Representatives Doug LaMalfa and John Garamendi were in good spirits, which was immediately interrupted by questions posed by frustrated local farmers.

“We would like the final knife to be put into the tunnel,” said cherry and pear grower Christopher Lee, referring to the Twin Tunnel project Governor Gavin Newsom has downgraded to a single tunnel.

Going down the list, Lee then said that immigration reform is “mandatory for our continued survival” and he pushed Perdue to get tough on China over unfair trade practices, which he had seen first-hand when his Chinese distributor stole his group’s wine label, applying it to bulk wine from Australia. 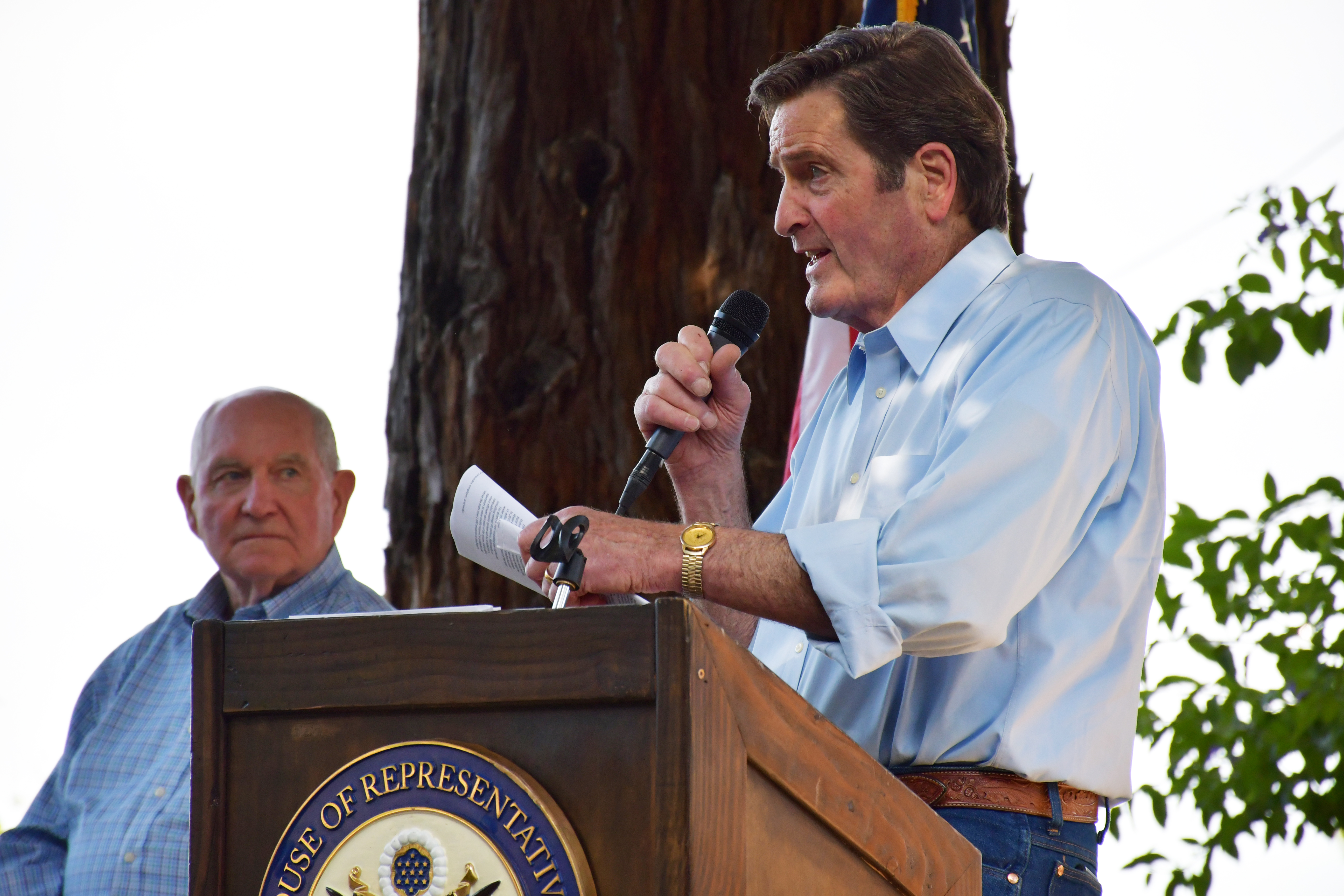 Perdue said he would pass the message along to the administration, adding that part of his job is also to work together with the other federal agencies on these issues. As an example, he said USDA is collaborating with the Bureau of Reclamation, Fish and Wildlife and other agencies on updating the biological opinions to support more water for farmers. Relative to the Endangered Species Act, the opinions determine how much flow the Central Valley Project diverts from agricultural districts to ecosystems in the Sacramento-San Joaquin River Delta

On China, Perdue shared Lee’s frustrations, saying the U.S. has been “getting jerked around” for too long

“Your example is just the tip of the iceberg of what we have put up with for a number of years,” he said. “They’re not a developing country anymore.”

He said President Donald Trump is determined to get them to “play fairly.” Perdue acknowledged the painful impacts on the almond industry and offered the Market Facilitation Program as a temporary relief.

When Agri-Pulse asked about concerns the MFP may provide little benefit to California farmers, Perdue said the USDA “will try to reach everyone.” He advised farmers to check in with local Farm Service Agency offices to set up direct payment accounts. He said the latest MFP round has also expanded the definition of adjusted gross income to include those who derive 75% of their income from farming. 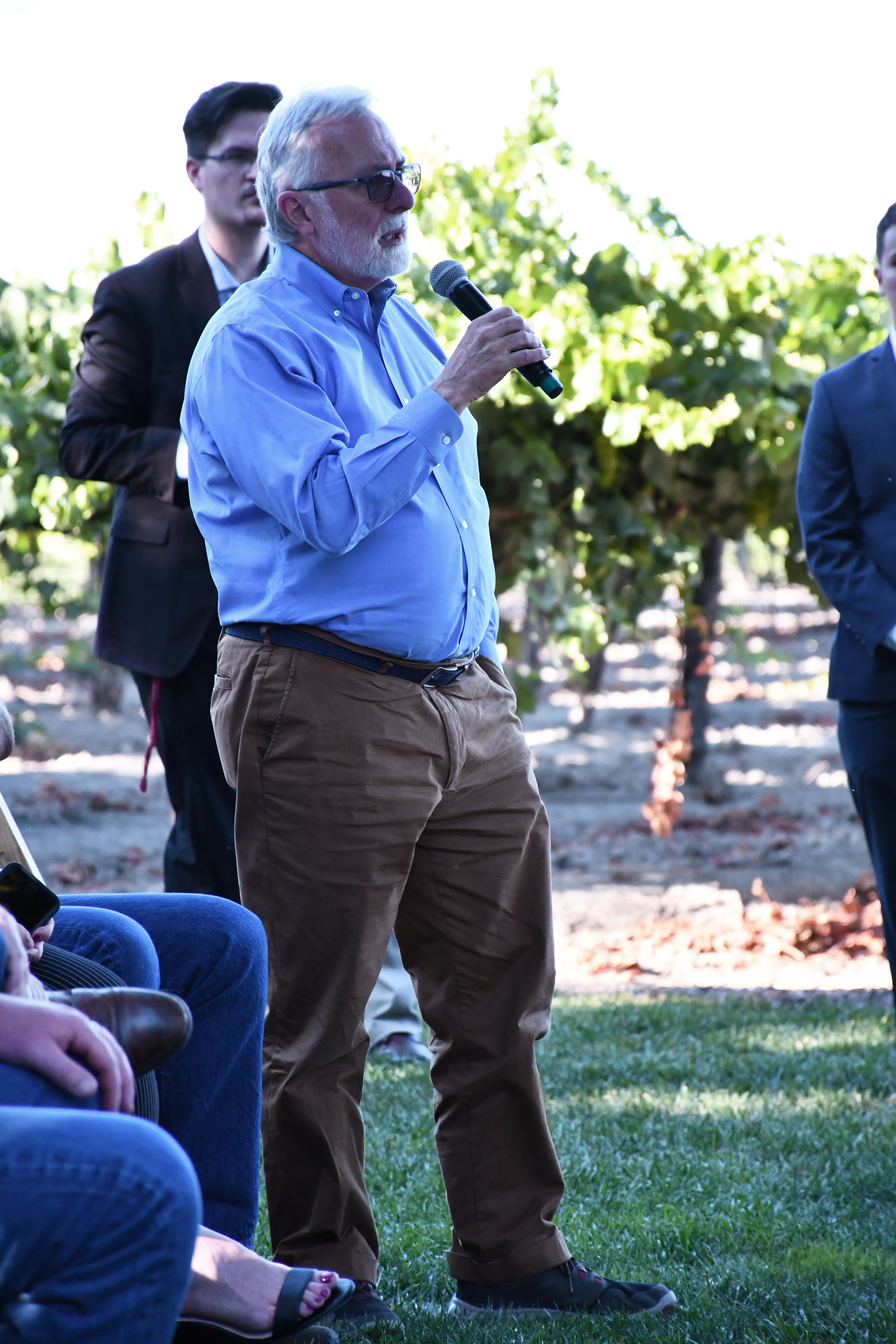 Nut grower Bob Amarell urged the administration to instead open up trade and “turn the farmer loose.” He noted that about 70% of walnut production and 60% of almond production are exported.

Perdue responded that ratifying USMCA is the critical first step in restoring trade.

“If we can’t get that ratified, China, Japan and everyone else in the world is going to say, ‘If you can’t do business with your nextdoor neighbors, how can you do business with us?’” he said.

Switching the conversation to research funding, Pam Marrone, CEO of Marrone Bio Innovations, said that funding for UC Cooperative Extension is down to the same level from 30 years ago. Perdue responded that on the federal level, grant research funding was actually higher this year and urged Marrone to instead push the state for more funding.

The federal-state divide came up again over a state bill that proposed a ban on the herbicide glyphosate.

Perdue said the administration wants “a level playing field” for all farmers.

One tool to help level the playing field is rural broadband. Yolo County Supervisor Don Saylor said the USDA’s efforts on broadband “haven’t reached us yet.” Perdue replied that more funding and outreach efforts are underway.

Representative John Garamendi, also onstage, stepped in to add: “We’ve got a problem with the definition of rural.” He said large parts of rural California abut metropolitan areas, including Yolo County, and are not considered rural, leading them to lose out on federal grants to “our friends in the Midwest, who think it’s just fine.”

Perdue countered, saying the USDA advocated to include in the Farm Bill a standard definition of rural that expands the range to include populations of up to 75,000.

Poking fun, Garamendi called it part of the “ABC law”: anywhere but California.