More than a decade ago, a coalition of stakeholders came together to find a way to “prevent the Mesopotamia-ization of vast swaths of the Central Valley,” according to water policy expert Patrick Pulupa. In presenting the group’s recommendations last week, Pulupa said the impacts of salt and nitrate pollution are already costing the state at least $3 billion per year and taking ag land out of production, with salts impacting the valley for decades to come.

“There's tremendous salt accumulation in the groundwater and in the soils due to the water that's used to irrigate crops in the valley,” said Pulupa, who is the executive officer for the Central Valley Water Quality Control Board. “The salt is a creeping, pernicious thing that will end much of the most productive agriculture in the Central Valley if it's not effectively managed.”

Pulupa was presenting the findings of CV-SALTS (Central Valley Salinity Alternatives for Long-Term Sustainability) during a meeting of the State Water Resources Control Board on July 2. The proposed plan will amend the State Board’s overarching basin plans for the Central Valley.

Known as the Central Valley Salt and Nitrate Control Program (SNCP), the proposal is a set of technical policy solutions for reducing nitrates and salts in the groundwater while ensuring safe drinking water for impacted communities.

The work began with the formation of the CV-SALTS stakeholder coalition in 2006, which grew to include a number of agricultural groups, water agencies and municipalities. The negotiations culminated in 2017 with a proposed plan, which was adopted by the regional water board in 2018 and is now awaiting approval by the State Board. The proposal offers a number of technical policy recommendations for improving and maintaining water quality, including across drought periods.

Pulupa said the most important part of the lengthy stakeholder process was that it now includes safe drinking water as part of the plan – a sign of the ag community gradually accepting shared responsibility for cleaning up the drinking water.

The problem of salts stems from decades of importing water into the valley through the state’s post-war water conveyance projects.

“When it comes to bringing water in, you have to figure out how to take the salt out,” he said. “That begs for large infrastructure improvements, whatever that may look like.” 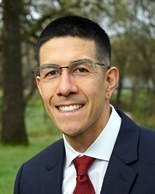 Nitrate contamination in the Central Valley has led to more immediate actions, as farmers bear the brunt of escalating regulatory fees and waves of scorn from lawmakers. The sources for that pollution are often legacy inputs from decades ago, from farms that may no longer exist. The list of current sources points to fertilizer applications, food processors, dairies and feedlots. Yet nitrates also come from septic systems, sewage treatment plants and other industries.

The contamination is worst in the more agriculturally productive areas, which are also regions that receive little rainfall. The lack of rain leads to less dilution of the contaminants. It also means the permitting options for regulating both nitrates and salts are “fairly limited,” said Pulupa.

“When you irrigate with water-efficient irrigation practices and even if you dial in your nitrate application very carefully, you’re still going to end up with a layer of nitrate and a layer of salts,” he said, “unless you have significant sources of freshwater coming in.”

While driving those numbers for salt and nitrate inputs lower, Pulupa said the SNCP would “make all the dischargers pay for drinking water in the interim” – a timeframe that will be “several decades at the earliest.”

The alternative, which is also the approach currently being pursued by the State Board in its decisions and the Central Valley Board in its basin plan, is to prohibit the discharge through an aggressive permitting system. Scaling that strategy up to tackle the entirety of the problem, would, however, “choke off the lifeblood of many agricultural communities in the entire Central Valley,” said Pulupa.

Report: SGMA is leading to ‘marked impacts’ on ag land values
Report: California must fallow 10 percent of its most productive ag 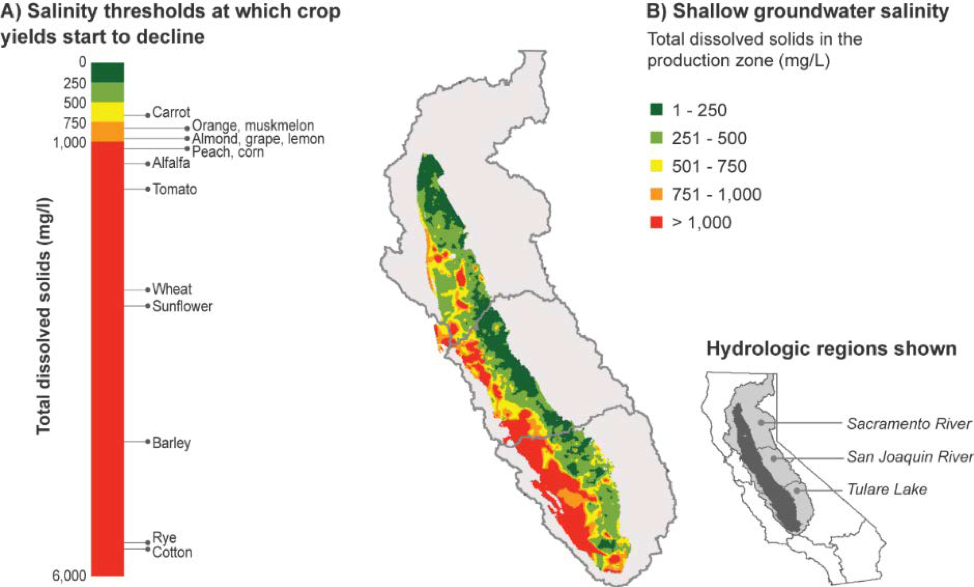 The highest concentrations of salts are in the most agriculturally productive regions. Source: CV-SALTS

“That would be a disservice to the many people who are drinking that impacted groundwater to begin with,” he said.

Multiple programs and studies have come to the conclusion that even under the most efficient management strategies, there will be nitrate impacts and it will take “a long time to rectify those,” he pointed out.

When it comes to the technology needed to handle nitrate pollution specifically, the state is in a better position. Costs would only be in the tens of millions of dollars. Salt, however, will “require a major replumbing of a lot of the infrastructure in the Central Valley,” he said.

Pulupa saw the more aggressive permitting approach – as studied by the Alta Irrigation District – as infeasible. With the Sustainable Groundwater Management Act, however, more freshwater will now be available for restoring the affected aquifers, while flushing out the contaminants over time.

The Alta District had also considered shutting down all agriculture in the area, which would have still required 70 years to achieve the water quality objectives. The district, and now the regional water board, instead adopted a more collaborative approach, working directly with the industry on these problems.

“I can't promise that we'll fix them,” said Tim Johnson, president and CEO of the California Rice Commission, in his testimony to the State Board. “But I promise that we've heard them and discussed them.”

Johnson said the dialogue with state regulators and the environmental justice community in the meetings began a three-year legislative push to fund clean drinking water solutions, which culminated in the governor recently allocating $130 million in the state budget.

“That was not even a possibility when we started the process,” he said. “We achieved that. That came out of CV-SALTS.”

Jennifer Clary, an environmental lawyer for Clean Water Action who was involved in the coalition from the beginning, was less optimistic, saying the new proposal is not any better than the status quo.

“If you put this plan in place, you’re putting in a poor solution that’s going to last for a very long time,” she said. “This will outlive all of us.”

Regardless of the plan put forward, Pulupa warned that the heavy salt imports have led to agricultural lands already being taken out of production, with many more areas that “we'll likely be designating as salt sacrifice areas” in the future.

“Unmanaged, that's happening anyhow,” he said. “The salt just kept building up and now you have deserts in many of those areas.”