In early June, Pacific Gas and Electric shut off power for two days to 22,000 customers in Northern California. The goal was to prevent power lines from igniting a wildfire during the dangerously dry, windy conditions and avoiding another catastrophic event like the Camp Fire, which devastated the town of Paradise and led to about $16.5 billion in damages.

The utility has announced it is expanding this practice of “de-energizing” power grids.

Now municipalities and water suppliers are scrambling to better manage basic services during the shutdowns, so that water still flows to fire hydrants, sewage won’t back up and the most vulnerable populations have the resources they need

Agricultural groups and irrigation districts, meanwhile, are lobbying PG&E and the California Public Utilities Commission to provide earlier warnings for shutoffs and better estimates for how long they last. Growers and food processors fear longer shutoff events could come without warning.

For hullers and shellers of almonds and other crops that are not perishable in the short term, a few hours without power may be fine. When it rolls over to multiple days, however, problems arise. For more perishable crops like tomatoes, grapes and citrus, hours are key.

Powering water pumps is also critical. With drip irrigation, a few hours may not be as dire. But the high-risk fire days tend to coincide with times crops need water most: hot, dry conditions.

“If you're doing furrow irrigating, like for cotton or tomatoes, you can't stop the irrigation midstream,” said Roger Isom, president and CEO of Western Agricultural Processors Association. “If you do that and then try to start back over eight hours later, all you're doing is irrigating what you've already irrigated, because gravity flows from one end of the field to the other.”

He said if that’s extended out to multiple days, the crop that didn’t get the water “is gone.”

Due to air quality concerns, the U.S. Environmental Protection Agency allows only tier 4 diesel generators to be used for agriculture. A new generator would require a new permit, which would take time. One generator may not be enough to fully restore operations either. Also, generators for rent would be scarce during this time and cost as much as $10,000 when stretched out over several days. Purchasing backup generators would cost significantly more. The California Air Resources Board does allow exemptions from its diesel regulations for emergency standby generators, but that carries specific limits on emissions and hours of operation, as well as requirements for registration and reporting.

“You just can't do that anymore,” said Isom. “The restrictions and regulations are so prohibitive, that it’s not an answer.”

PG&E has stated the outages could last five days, while Isom has been told by the company to expect as much as a week. Predicting the outages, however, depends on the weather. 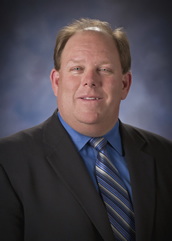 During the June shutoff, some counties were given less than a 24-hour notice because the hot, dry Diablo wind had unexpectedly picked up. PG&E restored power only after the National Weather Service pulled its red flag watch. The service’s fire warning had specifically targeted the Sacramento and Northern San Joaquin Valleys for terrain of less than 1,000 feet in elevation – where are a number of high-value crops are grown.

PG&E also shut off power to parts of Napa and Sonoma counties. Napa County Agriculture Commissioner Humberto Izquierdo said the area most affected was near Callistoga, though he had not heard of any impacts to growers or wineries.

“If they happen during harvest, there is more potential for impact at wineries,” he said in an emailed response, “especially smaller and family-owned wineries that might not have power backups like larger corporately owned wineries.”

The irrigated vineyards in this region actually served as a firebreak during the 2017 fires, limiting damage to the harvest that year.

Isom said some Central Valley almond hullers were swept up in the June outages only because their power grid extended to high-risk zones and the utility could not isolate the outages to specific sections.

While PG&E had applied the de-energize strategy before, the June incident was the longest and most broadly reaching outage.

“But there are risks to keeping the power on in high-fire-threat conditions,” a PG&E spokesperson recently told the San Francisco Chronicle. “This is a public safety issue, and shutoffs may be necessary in terms of public safety.”

Isom agreed that power must be shut off at times, thought PG&E is now “erring on the side of too much caution.” He said the company should have instead put prevention measures in place years ago to avoid some of the recent catastrophic fires.

“We're paying the price for this negligence,” he said. “It goes way beyond just the amount of time I'm down (during extreme fire weather).”