Lawmakers push for more ag inspectors at US ports

The rapid expansion of African Swine Fever (ASF) and increasing vegetable and fruit truck traffic across the U.S.-Mexico border, is causing Congress to consider authorizing more money for Customs and Border Protection Agricultural Specialists at U.S. ports of entry.

ASF, a deadly pig virus not affecting humans, has been detected in 10 European countries after a detection in a backyard pig farm in Slovakia. The virus has already killed over a million pigs in China since August 2018 and estimates are expected to be far worse than Chinese officials say.

The rapid spread of ASF from Asia to Europe has put U.S. CBP officials on high alert, carefully monitoring passengers entering America from China and other countries where the virus has been detected.

Also, an increase in agricultural goods moving north across the U.S.-Mexico border is becoming a bigger issue each year.

“When you see the increase in agricultural products coming from Mexico, mainly fruits and vegetables, there is a need for more people so (trucks) can move through ports of entry faster,” said Luis Ribera, director for the Center for North American Studies at Texas A&M University.

“The time that it takes from a farm to retailers, any day that is lost, (produce) loses 10% of its value,” Ribera said. “It is very important to get (trucks) through as quickly as possible and for that, you need more people.”

The ongoing scare of the ASF and increased truck traffic entering the U.S. has gotten the attention of Congress.

Vela, House Agriculture Chairman Collin Peterson, D-Minn., and other House members are co-sponsoring and will soon introduce a bill that would enhance CBP agricultural inspections and authorize hiring for new officers.

“The number of (Animal Plant Health and Inspection Service) inspectors that we need across the board has been apparent for several years now,” Vela told Agri-Pulse. “This bill is intended to address that specific issue so that we can staff Ports of Entry where we need them.” 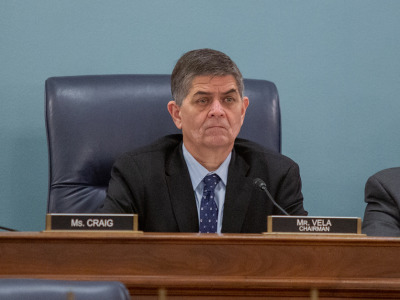 These inspectors process over 1 million travelers crossing the borders daily along with 78,000 truck, rail, and sea containers carrying goods valued at $7.2 billion.

Vela’s legislation is expected to mirror a bill that advanced unanimously through the Senate Homeland Security Committee last Wednesday.

Lawmakers want more scrutiny for foreign investment in US ag
The big export backlog: US ag products stack up at Western ports
US ports and ag exporters on high alert for coronavirus disruptions

“They caught everyone off guard by moving so quickly,” Vela said, adding he was told to wait to introduce his bill to watch how the Senate bill played out.

The Senate bill, Protecting America’s Food and Agriculture Act of 2019 would authorize annual hiring of 240 U.S. CBP inspectors a year until the shortage of workers is filled. It would also hire 200 agriculture technicians a year to carry out other functions.

The bill would also authorize the training and assignment of 20 new canine teams a year. Since 2015, beagles have seized agricultural goods from an average of more than 137,000 travelers per year.

It would also authorize supplemental appropriations each year to pay for the activities of the agriculture specialists, technicians and canine teams.

Vela’s office said appropriators have said they need an authorizing bill in order to get funding. If enacted, the funding will come out of the CBP Operations and Support (O&S) in the Fiscal Year 2021 appropriations.

Hoeven said he could not say specifically when they would have this year's 302(b) funding levels.

“We’d like to have them and get working on them soon, so in September, we can get these bills into the full committee, approved in committee and to the floor,” Hoeven remarked. 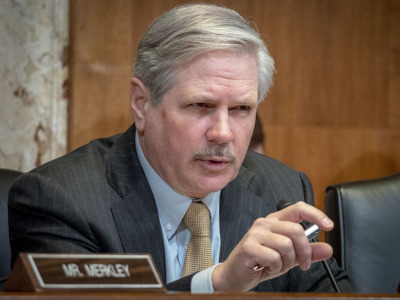 “It’s extremely needed,” Roth said. “If we get ASF or other animal diseases ... it would shut our exports down immediately.” Roth added U.S. pork producers export about 25% of total production.

NPPC has been pushing Congress to allocate more funding to hire more CBP agents since Spring of this year, to strengthen biosecurity at the border. A few weeks ago, current NPPC President Dave Herring asked a House Ag Subcommittee to provide funding for 600 additional specialists.