The big export backlog: US ag products stack up at Western ports

When Jim Zion recently flew over California's Bay Area, he saw more container ships waiting to enter the Port of Oakland than he’d ever seen before.

“It was like a parking lot,” he said. “It’s crazy.” And those ships are directly impacting his business as a grower, processor, seller and, crucially, exporter of California tree nuts. Zion is the managing partner for Meridian Growers, and he says the costs of delays and cancellations his company has endured during months of slowed exports likely total between $250,000-$400,000, which includes fees paid for loads that sit on docks before being shipped out.

The problem for exporters is that U.S. consumers have shifted a lot of their discretionary spending from services, like travel, to goods. Many of those goods come from China. The trend was underway before the COVID-19 pandemic, but lockdowns and stimulus checks have exacerbated the imbalance so much that some ag exporters have complained they either can’t get their products into containers or that the filled containers are sitting at port, incurring fees and risking spoilage, because shippers are sending empty containers back to Asia so they can be filled with imports and sent back to the US as fast as possible.

“The containers want to get back to China,” explains Mike Steenhoek, executive director of the Soy Transportation Coalition, because the ocean-crossing shipping companies make far more on the west-to-east run than the reverse. He quotes recent spot prices of $5,190 per container for the route from China to the U.S. West Coast while the U.S. West Coast-to-China trip drops to a per-container rate of about $820.

When the American Farm Bureau Federation found out about the empty returns, Veronica Nigh, an economist there, said they asked shipping authorities “whether or not that is a practice that should be going on.” Farm Bureau isn’t alone.

A letter signed by more than 100 members of Congress asks the Federal Maritime Commission to consider that very question. 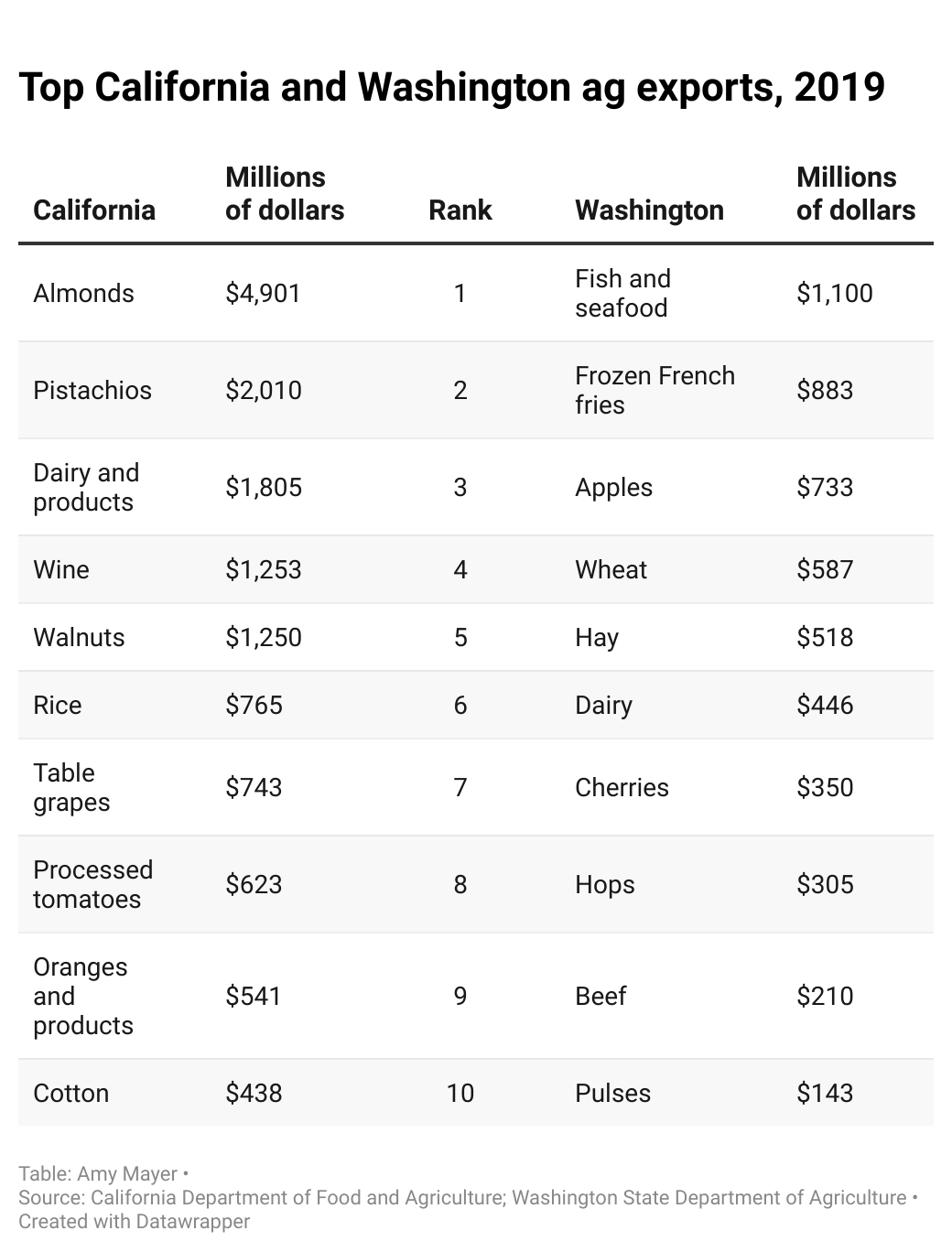 “The American agricultural sector, in particular, stands to be hit hard,” the letter said, “by the delays, congestion, and the reported discriminatory practices” of ocean carriers leaving exports on the dock and prioritizing the empty returns.

The FMC has an ongoing investigation on the matter; the commission has the authority to question the ocean carriers and potentially take action should it find wrongdoing. Several members of Congress, including two from California, met with FMC members earlier this month, though there is no public timeline for when the investigation will be completed.

Zion said Meridian normally exports between 60% and 75% of its total production of almonds, pistachios, walnuts and pecans, a large increase over the past couple of decades that reflects years of cultivating customers overseas as production increased.

“California ag is very dependent on the international marketplace,” he said.

For now, most of his customers have been pretty sympathetic to the situation, he said, because they recognize that producers can’t do much about it. The backlog includes a shortage of containers, and trucks are even harder to come by, he said, because drivers don’t want to risk sitting at a port waiting to unload. That eats up time that could be spent hauling the next load.

“It’s kind of like a pile-up,” he said, of the cascading impacts of the import-export imbalance.

Tree nuts aren’t the most vulnerable of containerized products sitting on docks.

“We’re very concerned about the West Coast shipping delays,” Maria Zieba, assistant vice president for international affairs at the National Pork Producers Council, tells Agri-Pulse. “That’s why we’ve been working with the administration and with members of Congress on how to fix this.”

There haven’t been any instances of meat spoiling in containers yet, but the prospect of that is troubling, says Joe Schuele, a spokesman for the U.S. Meat Export Federation. Chilled products command a better price than frozen, but the time frame to get the meat to customers in countries like Japan and South Korea is much smaller than for frozen product. Shippers are so far recognizing that and giving preference to the chilled product, but anxiety is still high, says Schuele.

“It’s become a concern for both buyers and exporters,” he said, and stressed that the delays are making importers increasingly nervous. “They start to wonder if they’re going to be able to count on (shipments) arriving in a timely way.”

Schuele says some frozen meat is being diverted for shipping out of Gulf Coast ports, which is a temporary workaround that is less efficient. One source, who asked not to be named because of the sensitivity of the market, said while customers have not yet canceled contracts for chilled meat or received product so late that it isn’t sellable, those potential scenarios are causing angst.

The ports of Los Angeles and Long Beach have been the biggest bottlenecks, but Oakland, Seattle and Tacoma all have had backups and delays as well.

Rianne Perry, manager of the International Marketing Program at the Washington State Department of Agriculture, says ag exporters in her state are paying hefty fees to store products on docks when ships skip the ports of Seattle and Tacoma to get back to Asia as quickly as possible. Other ships are diverting from California ports to those in Washington, but often just to unload.

“When we are getting ships here, they’re just not taking our products,” she said. “They’re taking the empties back.” 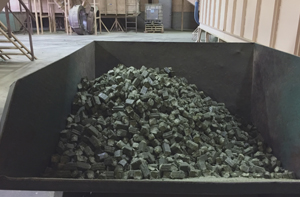 Demand overseas is high for Washington apples, cherries, seafood, hay and other high-value products; she echoed the concern that long-standing trading relationships could be hurt if the situation continues. But more immediately, she’s worried some of the processors who provide food service items such as frozen French fries and other vegetables may not make it.

“It could be the nail in the coffin for some businesses who were already kind of on the edge,” she said, after retaliatory trade tariffs and then COVID shutdowns. One employer told her the pandemic didn’t quite force layoffs, but now the ongoing impact from the port shutdowns has.

“This is going to be something that is going to take a while for relief to finally occur,” Steenhoek said. Ports along the East Coast and Gulf have also been very busy, he said, but there are some indications the slowdowns in southern California may be starting to ease.

Zion said he’s starting to hear that the problem could diminish in June or July.

“I hope that we do not have this issue in this fall and winter,” he said, because harvest and holiday demand are major exporting times for tree nuts.

“We’re a little at the mercy of the ocean carriers and the ports at this point.”