Specific demands have now been made by House Democrats for changes to the U.S.-Mexico-Canada Agreement, and they say it’s now up to the Trump administration to make them happen as lawmakers embark on their six-week summer recess.

A group of nine lawmakers, charged with working with the Trump administration to change USMCA to meet Democratic demands, say they have provided “the feedback and structure needed” to U.S. Trade Representative Robert Lighthizer.

Mexico has promised to clean up its pollution and usher in an overhaul of national labor standards, but House Democrats are worried Mexico won’t be able to live up to those promises, especially if the country follows through with plans to slash government spending.

That may mean the U.S. may have to help fund Mexico’s reforms and new enforcement measures will be needed to make sure labor standards are rising and the country is improving its air and water quality.

“It won’t be easy,” Rep. Ron Kind, D-Wis., told Agri-Pulse in an interview. “They are going to need help from us as far as technical assistance and resources for capacity building to do the reforms that (Mexican President Andrés Manuel López Obrador) and his government want to do.”

Obrador, also known as AMLO, is expected to unveil the new, slimmer budget next month, but House Democrats aren’t waiting around. They are expected to release this week “a text that memorializes the concrete and detailed proposals that we have made.” 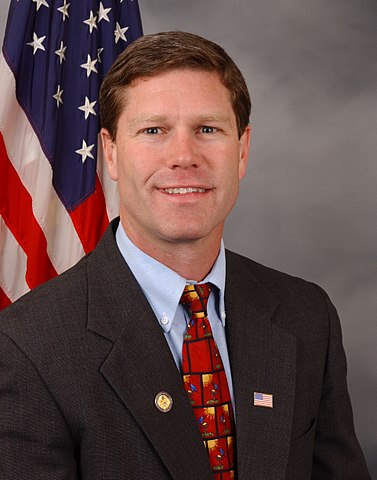 And soon they want a response from Lighthizer to say how he will make those proposals a reality.

“Now it is time for (Lighthizer) to honor his commitment and provide responses and counterproposals as soon as possible,” the Democratic trade working group said in a letter to House Speaker Nancy Pelosi last week. “We stand ready to work with his team … over the course of the August recess.”

House Ways and Means Committee Chairman Richard Neal, who also leads the trade working group assembled by Pelosi, said he will personally be working with USTR over the coming weeks and holding teleconferences with his lawmaker colleagues.

“We’re going to start sharing (specific) information back and forth,” House Ways and Means Committee Chairman Richard Neal told reporters Friday after a meeting with Lighthizer. “That’s the next stage.”

House Democrats are increasingly anxious to see the renegotiated North American Free Trade Agreement become a reality, even if it hands President Donald Trump a victory. But Democrats are also intent on making lasting contributions to the pact that they say has no teeth when it comes to enforcement for labor and environmental standards that Mexico agreed to.

Democrats and Republicans alike agree that Mexico needs better labor standards. It’s the low wages and fake union representation that encouraged so many U.S. companies to take their factories south of the border in search of lower production costs and higher profits, so reversing that trend is paramount, say people like U.S. union adviser Michael Wessel, who testified before the Senate Finance Committee Tuesday.

“Manufacturing companies in the U.S. continue to outsource production and jobs to Mexico,” said Wessel. “The auto sector now represents the largest contributor to the U.S.-Mexico trade deficit, fueled by U.S. auto assembly and parts manufacturers that have closed or cut operations in the U.S. and relocated them to Mexico.”

Reform that would improve conditions for Mexico’s labor force and remove enticements for U.S. companies to outsource production is an undertaking that the Obrador administration is keen to take on, but many U.S. lawmakers don’t believe Mexico can do it alone.

“They want to do this the right way, but there are cultural obstacles they have to overcome,” Kind said. “There are resource obstacles.”

Mexico’s legislature has already approved reforms that allow Mexican workers to unionize and negotiate hundreds of thousands of labor contracts that were mostly written by corporate-backed unions, often without workers’ input or knowledge. Reform will be a massive undertaking — about 700,000 labor contracts need to be rewritten over the next four years and industry is already fighting back with legal challenges.

Mexico, like the U.S. and Canada, agreed to uphold many environmental standards, including those of its own, but in the case of Mexico, the country is failing. That’s hurting the U.S., says Ways and Means Trade Subcommittee Chair Earl Blumenauer, D-Ore. He told reporters of his recent visit to Tijuana during a Mexico trip by the working group.

“At one point we stood at an overlook where there was a (stream) of water gushing into the Pacific (Ocean) and about 25% of it was raw sewage,” Blumenauer told reporters about the last meeting with Lighthizer before the August recess.

“This is immediately adjacent to San Diego … (and) there’s a Navy SEAL training facility," he added. "We have Navy SEALs training in these polluted waters, so the United States has a keen interest. I think it is in all of our interests to look for ways to be able to help Mexico with the capacity issues, whether it’s environmental or labor, because we are in this together. We share air space. We share water. We share a common border.”

Without additional enforcement provisions in USMCA, Blumenauer says he doesn’t see how Mexico will be able to address pollution any better than now, under NAFTA, especially when Mexico is expected to soon slash its federal budget.

“Making sure that (Mexican) workers are paid a decent wage … is a fundamental component of what we’re looking for in the long term,” Wessel told the Senate Finance Committee. “Without strong enforcement, we’re going to continue to have the same process and results we have today.”

And that means more U.S. factories being shipped to Mexico, something Democratic lawmakers say they are united in preventing. And it’s why enforcement has been the primary topic in all four meetings between House Democrats and Lighthizer over recent weeks. 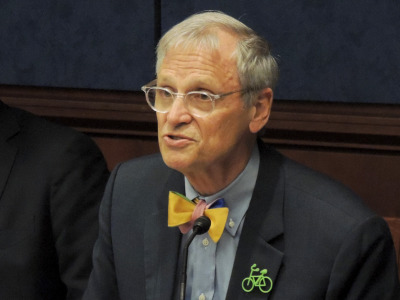 Lighthizer has told lawmakers he was considering using the threat of Section 301 tariffs to make sure Mexico lives up to its pledges under USMCA, but the proposal has been widely criticized.

The Trump administration, according to Blumenauer, has been using 301 tariffs in a far too “arbitrary manner” on countries like China.

“You can have the best agreement in the world on paper, but if there’s no meaningful enforcement, it’s effectively meaningless,” Kind said. “That’s what we’re trying to change and, right now, as (Trump) wants … to be able to unilaterally slap 301 tariffs on Mexico or Canada if he feels they are in violation and then we’re back in the middle of a trade war again.”

In order for any new enforcement measures on Mexico’s promised labor and environmental reforms to carry any weight, House Democrats are continuing to insist that reopening USMCA may be necessary — something GOP lawmakers warn could be disastrous for the pact.

House Dems like Blumenauer and Kind say USMCA can be opened up “surgically” for narrow and specific changes.

“If it means taking a narrow, discreet reform package that Mexico and Canada would have to pass again, I don’t think it’s asking too much to have them do that,” Kind said. “What they’re fearful of is … a full blown renegotiation. I think that’s what they’re trying to avoid and we’re not proposing that on the Democratic side.”

But any opening, no mater how small or well intentioned, could be ruinous, said Rep. Mike Conaway, R-Texas.

“It’s like legislation,” he told Agri-Pulse. “If you’ve got an agreement and somebody says I need one more little thing and you try to reopen the agreement, it comes unwrapped because then everybody wants something to correct.”

Whatever House Democrats and the Trump administration agree on, lawmakers like Rep. Josh Harder, D-Calif., say they want it done soon.

“It’s time to iron out the remaining differences and get this passed,” he said. “A dairy farmer in Stanislaus County told me recently that he doesn’t have Democratic or Republican cows — he just has cows that need help. I’m keeping him and his cows in mind here — this isn’t about party, it’s about protecting our ag industry. Time to get this done.”