NIFA grants may be delayed because of relocation, staff shortages

The relocation of the National Institute of Food and Agriculture, which gives out about $1.7 billion a year for research and extension activities to universities, partner institutions and individual researchers, is prompting questions about whether NIFA will be able to deliver funds in a timely manner to grant recipients around the country.

NIFA employees who spoke with Agri-Pulse said they weren’t exactly sure how many personnel remain at NIFA, but estimated the number at about 150, down from around 200 six months ago.

When asked to decide by July 15 whether they wanted to move to Kansas City, 73 employees said yes and 151 either declined or did not provide an answer. Agreements signed Friday by USDA and the American Federation of Government Employees, which represents NIFA and Economic Research Service employees, give them until Sept. 27 to make up their minds and offers the possibility of telework until Dec. 30, though USDA has said it will consider telework applications on a case-by-case basis.

The agreement helps “in a very limited way” to maintain continuity during the grants process, said a NIFA National Program Leader who spoke with Agri-Pulse.

An Agriculture Department spokesperson said, “NIFA staff intend to obligate all FY 2019 annual awards by September 30th, the end of the fiscal year. As is customary practice, final review and due diligence efforts will continue into the next fiscal year before the awarded funds are released.”

Annual awards must be obligated within one fiscal year or they go back to the Treasury, while funding for multi-year programs like the Agriculture and Food Research Initiative can be held longer before being distributed.

The NIFA program manager, who asked not to be identified by name, agreed that funds that need to be obligated by Sept. 30, will be. But even after NIFA has deposited money in an account that can be accessed by the grantee, more steps are required before the funds can be withdrawn and spent.

Paperwork, which can be extensive, needs to be filled out and reviewed before funds can be released. It may be as simple as checking a box saying the recipient is not a felon, or. in the case of grants requiring matching funds, validating that the organization has the funds available.

Sometimes, “there are 15 or 20 different forms that have to be signed,” the NIFA employee said.

When NIFA was fully staffed, grantees could expect to get their money within two to three months from NIFA’s obligation, Now, with NIFA in the process of moving to Kansas City, the employee predicted staff shortages would extend that time to six to eight months.

Given staff disruptions, the process is moving more slowly than usual, the program manager said, and added that only “four or five” people out of what used to be 35-40 are working in NIFA’s Office of Grants and Financial Management, and “nobody is going” to Kansas City from that office’s Awards Management Division.

“Universities are going to get their grant money, but they’re going to get it really late,” the NIFA staffer said, pointing to the potential for problems down the road when a short-staffed NIFA cannot conduct adequate oversight of how the money is spent. 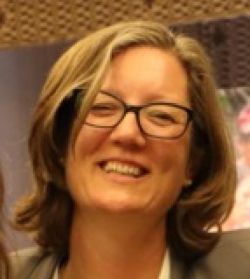 Amanda Crump, another UC-Davis researcher who focuses on international and domestic adult agricultural education, told Agri-Pulse in an email she is worried “about the long-term impacts of losing that many people. It isn’t just the scientists that are going but also the professional staff. So, the processing of awards will eventually become slower and the oversight over the projects will become difficult for the scientists to manage.”

Without enough personnel to ensure the money is spent according to grant conditions, “People can get up to shenanigans and never get caught,” the NIFA official said, citing as a cautionary tale former NIFA grant recipient Brian Wansink, who was director of the Cornell Food and Brand Lab and the onetime head of the Dietary Guidelines for Americans panel. Wansink was found to have committed “academic misconduct” last September and resigned officially in June.

“We’re estimating 17 to 20 AFRI programs will be without a national program leader,” or NPL, the NIFA program leader said. NPL’s shepherd competitive grant applications through the peer review process, which includes panels “composed of peer scientists, ad hoc reviewers, and other recognized specialists in specific program areas who review applications for compliance with a program’s statutory requirements and the scientific validity of the proposed project,” according to NIFA.

“The pipeline of funding needs to be almost a continuous process,” said former NIFA Director Sonny Ramaswamy, now the President and CEO of Northwest Commission on Colleges and Universities in Redmond, Wash. “The whole process has basically been compromised.”

Asked about whether TCUs will get all their money this year, John Phillips, Tribal VISTA Programs Director of the American Indian Higher Education Consortium, replied, “I feel good,” but also said he is “somewhat skeptical” about NIFA’s claims that “everything’s going to be fine.”

“We are small fish in this,” he said. “That is going, I hope, to make it easier to manage.”

But their small size also means that the NIFA money is crucial to their programs, Phillips and Oltrogge noted.

Bernie Engel, Associate Dean of Research and Graduate Education at Purdue’s College of Agriculture, said “there are going to be disruptions, short staff for a period. It will take time to restaff.”

NIFA says “intensive hiring efforts are currently underway … to recruit highly qualified candidates for vacant positions,” according to its website. “We are conducting a nationwide search to find people who will be dedicated to helping us fulfill our mission.”

The USAJobs website lists six job openings, though some appear to be for multiple positions. An ad for a grants management specialist, for example, says there are “many vacancies” in Kansas City.

USDA says it has not hired a headhunter or staffing company, but universities and interested stakeholders, such as land-grant universities, are planning job fairs and “engaged in amplifying openings.”

“This is a part of the department’s aggressive hiring strategy to maintain the continuity of ERS and NIFA’s work and fulfill our workforce expectations in Kansas City,” a spokesperson said. “We continue to look at ways we can utilize all available resources and hiring channels.”

This article has been corrected. Bernie Engel's name was initially misspelled.