Food labeling rule advances, but may be delayed

Under the landmark biotech labeling law passed in 2016, the Department of Agriculture is supposed to have a final rule published by July 29. It doesn’t look like that’s going to happen.

Agriculture Secretary Sonny Perdue said as much Tuesday when speaking to the National Association of Farm Broadcasting. He said USDA has been working on the issue, but “we’re not as close as I’d like” to publishing a final rule.

“I had insisted last year when I got here that we would meet that deadline,” said Perdue, who was marking his one-year anniversary as Secretary of Agriculture. “I’m still hoping for this summer but it does not look like we will meet the deadline that we had insisted upon."

Perdue said the delays are due in large part to reviews undertaken by the White House Office of Management and Budget. USDA is “somewhat dependent on OMB” during the interagency review process, Perdue said, adding that the department requested the process be expedited, but struggled to receive timely input from OMB.

“We turned in our papers on time; the teachers didn’t grade them on time,” Perdue said of OMB.

Under the law, USDA had two years from enactment to “establish a national mandatory bioengineered food disclosure standard with respect to any bioengineered food and any food that may be bioengineered” as well as “establish such requirements and procedures as the Secretary determines necessary to carry out the standard.” President Barack Obama signed the bill into law on July 29, 2016, giving USDA about three more months to finish its work in order to meet the statutory deadline.

NIFA grants may be delayed because of relocation, staff shortages
Food, ag industry likely to be priority for vaccine, but timing uncertain
Dietary guidelines report compromised, should be delayed, group says 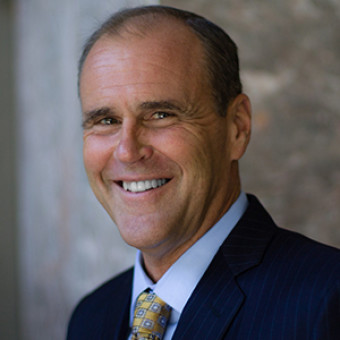 Randy Russell, the chief lobbyist for the ag and food industry throughout the process that led to final passage, said he expects to see a proposed rule from USDA “in the next couple of weeks.” He also acknowledged some of the challenges with the interagency review process Perdue discussed, but said taking a little extra time isn’t necessarily a bad thing.

“This is a major rule, and it’s a significant rule,” Russell said. “We want them to get the rule done. Having said that, we care a lot more about getting it done right, and if it takes a little bit longer, we’re okay with that.”

Russell emphasized the importance of understanding "this is a marketing tool for the food industry. It’s not about food safety."

The timeline is also of little concern to John Bode, the president and CEO of the Corn Refiners Association. He said statutory deadlines for rulemaking “are almost never met,” and he doesn’t have any concern about USDA’s diligence in trying to produce a final rule.

Russell predicts the proposal will receive more comments than any other proposed rule issued by USDA, eclipsing the organic rule. Asked what he thought might be a new timeline by which a final rule could be in place, Russell said a “realistic target” would be “by the end of the year.”