The California Legislature is nearly set to cast the final votes on a bill proposing a new streamlined process for building farmworker housing.

The sponsors driving the bill, however, have inserted four provisions that are raising eyebrows in the agriculture community. The bill would also roll back existing funds that voters approved last year for farmworker housing.

Assembly Bill 1783 proposes a streamlining process that has been successful in past bills. Senator Scott Wiener, D-San Francisco, included similar provisions to streamline housing approvals in cities in Senate Bill 35 in 2017. The following year, Wiener worked with Senator Andy Vidak, R-Hanford, on SB 829, which applied the same strategy toward rezoning ag land for farmworker housing.

Incidentally, Vidak later lost his reelection bid to Melissa Hurtado. In her first year of office, Hurtado has voted in favor of AB 1783.

With the state facing a complex housing crisis, the notion of streamlined approval has had broad appeal in the legislature.

According to Matthew Allen, who directs legislative affairs for the Western Growers Association, farmworker housing projects are often held up at the local level for a number of reasons. This includes “not in my backyard” concerns, problematic local ordinances or jurisdictions “just merely holding up the conditional use permit,” such as not approving the sewage permit in a timely manner.

This grows more challenging as farmers increasingly turn to the H-2A guest worker program to fill the labor gap, which requires them to supply housing free of charge. A shortage of housing on ag land has also added pressure to the few remaining options, such as apartments, rental homes and hotels.

In a written statement when he introduced the bill in January 2018, Wiener said SB 829 would address major problems like “local obstruction to badly needed housing for farmworkers who are often forced to live in distant motels or their cars instead of in proper housing.”

The poison pill he spoke of was a provision that landowners must hand over their keys to a third-party, a qualified affordable housing organization, to manage the facility. United Farm Workers (UFW) had a opposed a similar bill that died the year before and did not have such a provision.

This year, UFW sponsored AB 1783 and revived the third-party provision, while adding more. The farmer would now be required to hand over keys to the housing organization for at least 55 years.

When asked about this, the bill’s author, freshman Assemblymember Robert Rivas, D-Hollister, said the program is strictly voluntary and farmers would not have to opt in if they don’t like the provisions. This has helped the bill to pass several votes in both houses, with Republicans voting in opposition. 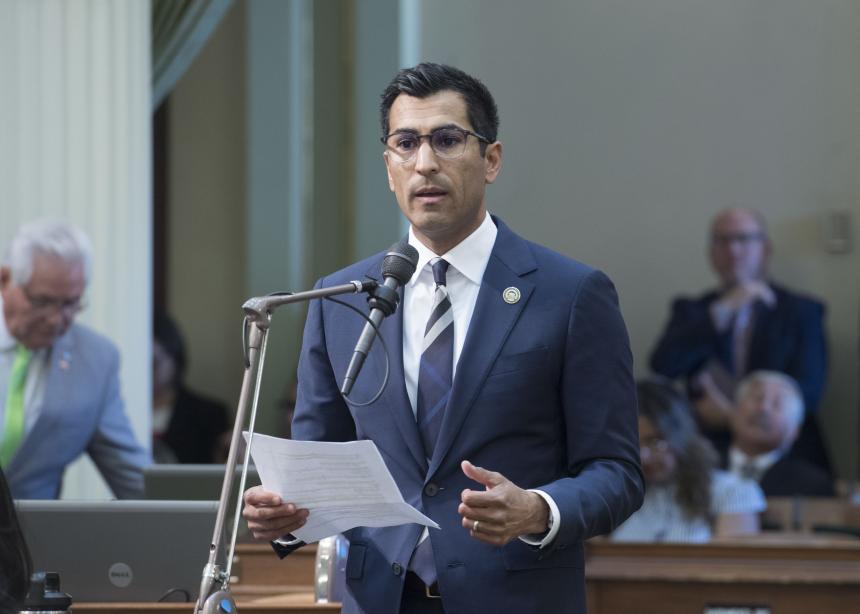 A third provision, however, would also roll back an existing funding source for housing development.

In 2018, the Legislature passed SB 3, which proposed $4 billion in general fund obligations to go toward housing and employment programs. That bill was the basis for Proposition 3, which voters passed in the November election. The bond distributed $300 million of the allocations to the Joe Serna, Jr. Farmworker Housing Grant Fund to go toward housing retrofitting or development for agricultural employees and their families.

AB 1783 now sets limits on that funding. To qualify for the grants, a farmer would have to sign up for the proposed streamlined housing program, agreeing to the 55-year, third party arrangement.

“It seems antithetical if we have a bill that restricts how we spend that money, if the investment is for affordable housing for all,” said Taylor Roschen, legislative director for the California Farm Bureau Federation, adding that it runs counter to the intention of SB 3 and Prop 1.

Allen said this could make it difficult for a bank to approve a loan, since the owner does not have control over the property.

A fourth provision included in AB 1783 is that it would restrict the Prop 1 funds from being used for housing H-2A guest workers. During her testimony, Roschen said this would not allow farmers the flexibility needed during the labor shortage. Rivas’ response was that not enough state funds exist to pay for workers in a federal program.

Allen pointed out that California has about 18,000 H-2A employees and about 800,000 farmworkers, which means that most are domestic employees and most farms have a mix of workers. He said the provision discriminates between two classifications of employees who both want to live and work in California.

The provision also creates a situation where a farmer could sign up for the program, but the following year experience a labor shortage requiring him to hire H-2A workers. He would then have to reimburse the state for the dollars utilized from the state housing fund.

“We are really concerned about the narrative this is setting up,” said Allen.

In advocating for the provision on third-party management, Rivas and the bill’s proponents argue that having an employer as the landlord “invites abuses” by making it difficult for workers to come forward about poor living and working conditions. Rivas also referred to the housing situation as a humanitarian crisis, with children of farmworkers left homeless and families living in garages, tents, vans and abandoned buildings.

Roschen was quick to clarify that those cases happen when farmers are not able to build housing on ag land and they are not the result of the H-2A program.

Housing for the program must meet federal standards, while California has its own regulations for farmworker housing. The Department of Housing and Community Development has been specifically charged with inspecting this type of housing, in order to ensure the inspections are done in a timely manner ahead of the narrow harvest window. 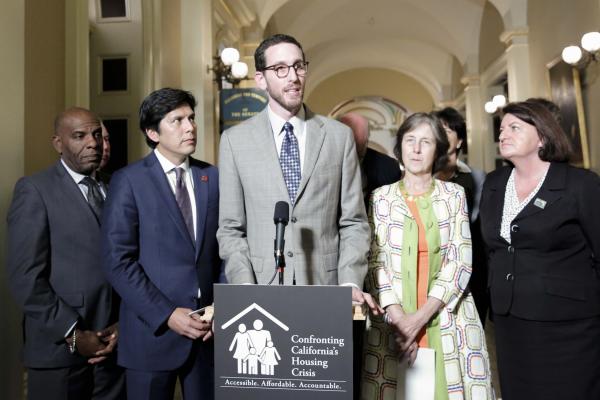 “It's not like the state's telling the ag industry ‘You guys need to do more on housing and you guys are refusing,’” said Allen, adding that farmers already want to build on ag land.

UFW has also been describing the bill as an anti-Trump measure.

“AB 1783 will incentivize the construction of affordable family housing for farm workers while banning the use of state funds to advance the Trump administration's backwards immigration policies,” said UFW President Teresa Romero, in a press release put out by Rivas’ office.

A UFW representative also claimed in one hearing that Trump created the H-2A program and that it “prevents farmworkers from living freely from the control of the employer.” H-2A actually began in 1986, with the most recent revisions occurring under President Barack Obama’s administration.

On the federal level, UFW has been an outspoken opponent to the program. The former UFW president recently testified in Congress that lawmakers should increase farm wages as part of the program and require overtime pay (though California now has its own ag overtime law in effect).

During the Legislature’s summer recess, Rivas added amendments to AB 1783. But Allen was unswayed. He said the changes related to ministerial permits and made the proposal even “less attractive” to farmers, since counties have backfilled requirements into that program and the permits would not be available for housing that is ineligible for state funding. The bill remains a concern.

"It doesn't move the ball in a positive way for us,” he said. “It basically ties our hands on the state level, when we're actually trying to get them untied to get more housing in."

Along with Western Growers and the Farm Bureau, opponents to the bill include 35 county farm bureaus and trade groups for pistachio, cherry, strawberry, cut flower and winegrape growers.

As Rivas continues to negotiate over amendments, he bumped to next week the bill’s hearing in the Senate Appropriations Committee. If it passes that step, AB 1783 would be up for a floor vote in that house before the Assembly would take a final vote on the amendments and pass the bill to the governor’s desk.