Biofuel advocates may be fuming about the Environmental Protection Agency’s recent actions granting small refinery exemptions to oil refineries, but they’d better check their rearview mirror. Electric vehicles may soon have policy in place to put them in the energy passing lane as climate talks in Congress move ahead.

Earlier this summer, the Senate Environment and Public Works Committee advanced a $287 billion surface transportation bill that would set up a $1 billion grant program for the construction of charging stations for electric vehicles as well as infrastructure for hydrogen-powered cars. The bill doesn't include infrastructure spending for ethanol or biodiesel.

This has corn-state lawmakers such as Sen. Joni Ernst, R-Iowa, worried that not having the same incentives could set renewable fuel producers back compared to other alternative energy sources.

“This section neglects to include biofuels,” Ernst said before a committee vote on the bill in July. “Now we’re going to have the federal government subsidize charging infrastructure for electric vehicles, which are owned in large part by high earners in coastal states — while at the same time, leaving our corn and soybean farmers and biofuel producers on the sidelines.”

Ernst said she would like to see the entire section scrapped, if biodiesel and ethanol infrastructure is not included in the grant program. She is currently working on an amendment before the bill hits the Senate floor. 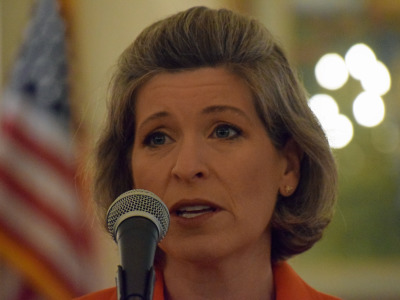 Funding for electric vehicles is likely to have even more appeal in the Democratic-controlled House than it does in the GOP-held Senate, where this bill has originated.

Biodiesel and ethanol producers have faced plenty of challenges expanding their markets, but so do manufacturers of electric vehicles.

Marc Geller, vice president of the Electric Auto Association has traveled nearly 250,000 miles in his electric car since 2001. He said accelerating the adoption rate has been the biggest challenge for the electric vehicle industry; it takes some time to convince people that a car you plug into the wall could be better than a car you fill up at the gas station.

According to the Energy Information Administration, adoption rates of battery electric vehicles (BEVs) have been rather slow the last few years. Between 2012 and 2017, even as the available models increased from 58 to 95, BEVs only accounted somewhere between 2.5 and 4% of total light-duty vehicles sales. Plug-in electric hybrid vehicles from 0.1% to 0.5%.

The report said lower conventional fuel prices have slowed adoption of electric vehicles. Geller said car dealers face “a bit of an obstacle” when it comes to convincing people to buy electric.

“Pushing an electric car is likely to be less profitable both to the dealer and to the salesperson,” Geller said. However, he said EAA is working on efforts to train dealers to better understand electric vehicles and their benefits.

Geller said funding in the EPW bill is needed to expand the number of charging stations.

“Funding or tax credits to make it simpler for businesses and consumers to install the necessary infrastructure to recharge the vehicle at their home or business is incredibly helpful,” Geller said.

Scott Richman, an economist at the Renewable Fuels Association, is not too concerned about electric vehicles being an immediate threat to the ethanol industry.

“In a sense, we’re working towards the same thing,” Richman said. “Ethanol is about 40% lower in greenhouse gas emissions than baseline gasoline and electric vehicles, depending on where the electricity comes from, can be a part of that as well.” Generating electricity from coal results in significantly higher greenhouse gas emissions than using natural gas, and nuclear power, wind power and hydropower.

Jeremy Martin, director of fuel policy for the Union of Concerned Scientists, notes that EIA data shows that electricity accounts for a minuscule portion of transportation energy today.

“It’s 90% petroleum, 5% biofuels, with the largest piece of that is ethanol, and electricity doesn’t play much of a role,” Martin said. 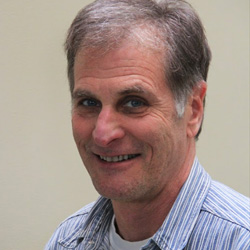 He added that in order to address the climate crisis, both biofuels and electricity will have to be increased “dramatically” to meet that challenge.

While Geller acknowledges electricity and ethanol are in the environmental fight together, in the end, he said electric is the cleanest.

“Electricity is virtually the only way to get to an emissions-free cycle. We know you can make electricity completely renewably,” Geller said.

Martin said that focusing on a market share fight between ethanol and electric vehicles is missing the big picture when both industries should be going after oil and find better ways to cut emissions.

Whoever is elected president in 2020 could also determine the future of electric vehicles. Democratic candidates have proposed ramping up the number of charging stations as ways to lower fossil fuels’ impact on the climate and environment.

“If we are able to move in a direction that we have 500,000 charging stations for electric vehicles, what does that do? Well, that gives us a corner on the electric vehicle market,” Biden said during a recent CNN town hall.

Biden said internal combustion engine vehicles need to be taken off the road as “rapidly” as possible.

Sen. Elizabeth Warren, D- Mass., through her decarbonization plan, wants to reach net-zero emissions over the next decade.

By 2028, Warren proposes making sure new buildings won’t have a carbon footprint. “By 2030, we do the same thing on vehicles, on our cars and light-duty trucks,” she said. “And by 2035, we do the same thing on electric generation. That will cut 70% of the carbon that we are currently spewing into the air. That's how you make a real difference,” Warren also said on CNN.

Sen. Bernie Sanders of Vermont suggested heavily subsidizing the electric vehicle industry in order to get more people to buy those types of vehicles.

“We can create a whole lot of jobs by moving away from internal combustion engine cars to electric cars. And every day, these cars are developing a longer range and they're more powerful,” Sanders said.