Republican Assemblymember Devon Mathis is often the dissenting voice in the eight committees where he holds seats. He is a staunch advocate for rural and agricultural interests, while working behind the scenes to co-author bills with moderate Democrats. He was also one of a handful of Republicans voting in favor of extending the state’s cap-and-trade program in 2017.

Before taking office in 2014, Mathis served 10 years in the Army National Guard. During his second tour in Iraq, he was injured by a roadside bomb.

Mathis recently spoke with Agri-Pulse about standing up against the Trump resistance bill by San Diego Senator Toni Atkins, about the reasons why the bill to fix the Friant-Kern Canal failed, and about his frustrations over the state’s “environmentalist agenda.”

1. What's your strategy in passing legislation under a democratic giga-majority?

What makes Republican bills better than Democratic bills in California is that the Republican bill has to be all put together up front. You have to build a coalition up front, you have to work across the aisle up front, and you've got to have all your ducks in a row by the time you hit your first committee. You don't get any slack. It makes my colleagues and my caucus better legislators, because we have to have things put together.

There is no work-in-progress bill. If it's a work in progress when it hits committee, it's dead on arrival.

2. You were a co-author on SB 559 to fix the Friant-Kern Canal. What are your thoughts on it being held?

As much as I hate to say “freshman hazing,” there's some of that happening to (author Senator Melissa) Hurtado (D-Sanger), even though she is a Democrat. I've spoken with the senator on it and encouraged her and agreed to work together on valley issues.

At the same time, that's a good message back home. You always hear during campaigns that if there's a Democrat in the seat, they'd be able to get it done. That's not always the case.

It's not a Democrat-Republican fight. It's a battle between rural and city. It doesn't matter if you're a Democrat or a Republican. The folks in the cities don't view water and agriculture the same way we do. They can order their food on an app from their phone and have it delivered to their homes. A lot of us are still out in the field growing it and get it farm fresh

3. During a hearing on SB 1, you said California is “not shy about passing laws” and if we needed to do something, then we could act with urgency to pass something later. 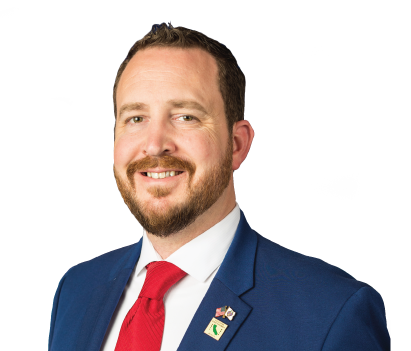 You can always run an urgency bill. Granted it would need two-thirds votes. But currently we live in the day and age of the mega-Democratic majority, where they have over two-thirds.

The frustration a lot of us have is that the environmentalist agenda in California is to preempt anything that our president can do. They’re getting way ahead of the game, they’re doing these things more so as a statement, and they’re locking up agreements that have already been hashed out in court. They’re changing things up and getting rid of flexibility, especially in SB 1.

There was rumor about amendments that were going to soften it up and give some flexibility. We still haven't seen that actually happen. But it's typical for these things in Sacramento to hear a whole lot of talk and nothing actually happens within the language.

4. What's your perspective on the legislature to date?

This year's been pretty rough.

It's the first time the state’s seen this mega-majority thing happen. You’ve got a new governor, who’s still putting his administration team together. People are not knowing who exactly to talk to with the administration on what. Even those people are not sure if they're allowed to make the decision or not. It's a whole lot of chiefs and nobody can actually make the decision.

I get it. The guy’s brand new. It takes time to put teams together. But you have to push agendas through that aren't necessarily the agenda for the rest to the state.

The Democratic party talks about how they care about minorities and all the voices and everything else. But they seem not to care about the voice of agriculture and the voice of the actual farmworkers.

These guys are doing this on the day-in and day-out—the small family farmers and what they're living through. It's really sad and devastating to see it happen. It's almost like we're watching a socialist takeover in slow motion.

5. When Governor Newsom traveled to El Salvador earlier this year, you said he should “come see the central San Joaquin Valley,” because this area is seeing “third-world conditions.”

We do. We absolutely have third-world conditions.

We have farmworkers who are struggling with healthcare. They're struggling in their neighborhoods. They can't afford their homes. The communities they live in don't have sidewalks, they don't have street lights, they don't have gutters, they flood out every winter.  They have horrible access to health care. Yet the governor wants to give illegals healthcare. We have folks here who have gone through the process and are on their H-2A visas and are doing things the right way. But they don’t have the ability for access.

You see a lot of this stuff where they care more about the headlines more than they do about the actual policy and taking care of folks here in California, especially people in the Central Valley. And not just the Central Valley. You can look into Imperial Valley, Coachella Valley, up in the north state in Humboldt County and those areas. Any rural area in this state is being overlooked by the majority party.

Us in the valley get in such a San Joaquin Valley mindset that we forget there's other ag industries or timber industries that are dealing with the same problems. Even the Inland Empire just south of us is dealing with lot of the same issues.

I work with the members from those other areas, because we're able to build those broader coalitions to move policy. Just because I didn't offer the bill or I'm not the headline author on the bill doesn't mean that we're sitting back on our hands. It's a smarter play to have that Democratic legislator from another region be the headliner, while we all work together behind the scenes to get it through.