The courts may be getting closer to resolving some high-profile disagreements over the use of the word “meat” in packaging of plant- and cell-based products manufactured to resemble meat.

The real battle, however, may be down the road when cell-based — or “cultured” or “cultivated” meat products — find their way into grocery stores.

“The real issue is going to come with this lab-grown meat,” said Mississippi Commissioner of Agriculture Andy Gipson, whose department is working on regulations to address the issue.

In the meantime, a ruling in an Arkansas case could provide some clues into the legal fitness of the state laws. An Oct. 7 hearing is scheduled in federal court in Arkansas on a request by Tofurky, the American Civil Liberties Union, Animal Legal Defense Fund and Good Food Institute (GFI) to block a “truth in labeling” law signed by Gov. Asa Hutchinson in March. In Missouri, Tofurky and GFI are in mediation with the state to resolve their differences over a similar law, even after previously ordered mediation sessions did not result in a resolution.

In Arkansas, Tofurky and the groups sued in July and filed a motion for preliminary injunction last month to halt implementation of the law, which Arkansas says it won’t enforce until the lawsuit is resolved.

That law would prohibit food companies from “representing” their products “as meat or a meat product” if the product did not come from “harvested livestock, poultry, or cervids.”

More specifically, it would prohibit the representation of an agricultural product “as pork or a pork product when [it] is not derived from a domesticated swine.”

In their request for an injunction, Tofurky and the groups said the law would prohibit companies from using words like “meat,” “burger,” “sausage,” and “deli slice” to describe food products “that are not made from slaughtered animals, even if the companies clearly and accurately inform consumers about the nature of their products.”

They are challenging the law on First Amendment, Commerce Clause, and due process grounds. Tofurky says labels for its plant-based products are truthful and clearly identify the source of the foods, such as “Slow Roasted Chick’n,” which also includes “plant-based” on the front of the package.

But what’s clear to Tofurky is misleading to the state of Arkansas, which says in its response to the injunction request its “review of the handful of cherry-picked labels Tofurky provided with its motion for preliminary injunction” shows that “many of its labels bury the term ‘plant-based’ somewhere on its packaging or otherwise resort to fine print to identify some of the components of its product.”

It used as an example the company’s “Original Sausage Kielbasa,” which is displayed in “large, bold print.” In smaller print on the front of the package, Torfurky says the sausage is made of “Polish-style wheat gluten and tofu.”

Tofurky and the groups challenging the laws say states and livestock groups that have supported the legislative efforts are trying to stifle competition. But Arkansas and other states say they are concerned about consumer confusion. Mike Deering, executive vice president of the Missouri Cattlemen’s Association, said, "We’re not afraid of competition; we’re not trying to put anybody out of business. The only people who should be nervous about this are those intentionally deceiving." 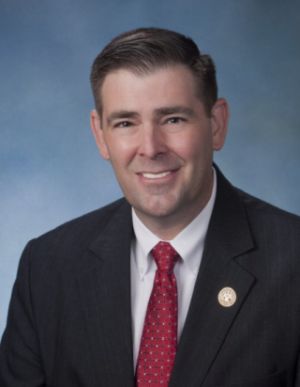 Plant-based companies insist they have no desire to confuse consumers. Justin Pearson, an attorney with the Institute for Justice representing the Plant-Based Foods Association and Upton’s Foods in a lawsuit against Mississippi, said consumers are not confused, and plant-based food manufacturers are careful about labeling because it could affect their bottom line.

“It would be a disaster for my clients if people thought they were selling animal meat,” he said.

Even within the beef industry, there’s no consensus about consumers’ state of mind. Andy Berry, executive vice president of the Mississippi Cattlemen’s Association, said he doesn’t know whether there is any consumer confusion. “We want to certainly ensure that there’s not,” he said.

And Gipson, the head of the state’s Department of Agriculture and Commerce, says while he believes products such as the Impossible Whopper are creating some confusion among consumers, “Most of the plant-based products are rather clear.”

Mississippi is an example of a state that appears to be working out its differences with the plant-based community. Gipson’s department proposed regulations in July that explicitly prohibited labeling plant-based food products “as meat or a meat food.”

But on Sept. 6, the state issued a new proposal that says “a plant-based food product label shall not be false or misleading” and allows use of terms like "meat free,” “meatless,” “plant-based,” “veggie-based,” “made from plants,” “vegetarian,” or “vegan” to be used along with “meat” on a package.

Said Berry, “Whatever qualifier that they use, we want to make sure it’s in a prominent location.”

Pearson said if the new language is approved, his clients will consider dropping their lawsuit. “There are already laws banning misleading speech,” Pearson said,

“It’s not about squashing competition,” he said. “It’s about the meaning of words.”

The debate likely will become more difficult when “cultivated” meat — as described by the Good Food Institute, which promotes plant-based and cell-based foods — makes it to the market.

Almy notes that people who have meat allergies will have the same reaction to meat whether it’s from a cow or a facility making cell-based meat.

Most of the dozen laws passed nationwide anticipate the introduction of cell-based meat, while the Missouri and Arkansas laws have a more immediate impact, Almy said.