An analysis by AFBF economist Veronica Nigh says DOL’s proposal will not result in year-over-year consistency in the Adverse Effect Wage Rate paid by farmers.

DOL has proposed establishing wage rates by agricultural occupation. But “due to thin data for many occupations, it appears as if the proposal will make estimating wage expenditures more difficult, more variable and more expensive,” Nigh wrote. 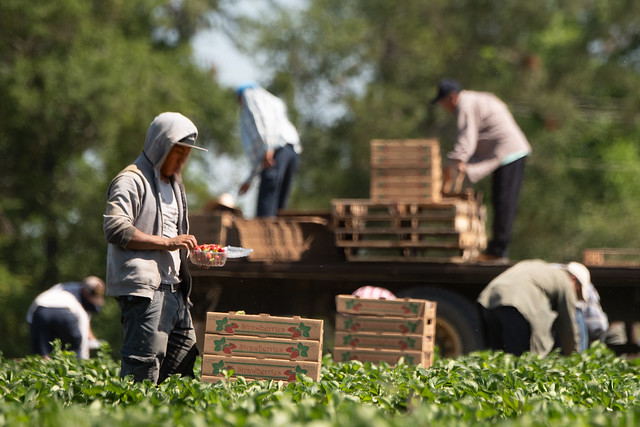 Food and Ag Board: Groundwater recharge is key to resiliency

The State Food and Ag Board is finalizing its comments for the governor’s Water Resilience Portfolio, which will be released next month. The recommendations follow three listening sessions the board held over the summer. During a discussion Friday on its recommendations to the portfolio, storage was at the top of the list.

The Sustainable Groundwater Management Act will create a new playing field when the first plans begin to be implemented in January. Some San Joaquin Valley farmers rely solely on groundwater for irrigation and face an uncertain future that could involve the fallowing of more than 500,000 acres in the valley. The board was concerned SGMA will hurt local and county economies. Board member Mike Gallo and others said the state should not accept that fallowing estimate as a given and should do everything possible to prevent fallowing.

Board member Donald Bransford said “groundwater recharge is key to resiliency in the state.” This means agriculture needs to have a “strong presence in floodwater and stormwater capture,” he added.

Gallo wanted the board to encourage infrastructure funding for above-ground storage. He said, “The state is going to have to realize you can't put this all on the backs of farmers, particularly small farmers.” Gallo added: “The amount being spent today is not going to meet the mark.”

The group also wanted to ensure that every farmer has access to safe drinking water.

Options for action: Department of Food and Ag Secretary Karen Ross said the state’s role is “to support and empower regional resilience.” That could be by adding financial support, addressing regulatory barriers, performing additional research, convening public-private sector meetings to identify a plan, or sponsoring legislation or water bonds, she said.

Joy Sterling said none of this can be accomplished unless high-speed internet access comes first. “You cannot measure water use without broadband,” she said.

California Congressman Jimmy Panetta introduced legislation Friday to “prevent harmful and unfair tariff engineering of Chinese dried garlic imports.” While the U.S. levies a 30% tariff on dried garlic, loopholes allow for duties as low as 8% on other types of imported garlic.

Panetta said in a statement this has “allowed for Chinese garlic importers to disingenuously characterize their products.”

The legislation would mandate that any mixtures of vegetables containing 50% or more of dried garlic remain under the dried garlic tariff.

Panetta’s Central Coast district includes Gilroy, the self-described “garlic capital of the world.” The latest crop report shows, however, Gilroy and Santa Clara County produce just 3% of the state’s garlic sales, behind Fresno, at 68%, and Kern, at 29%.

The governor signed several bills into law Friday. Among them were SB 210 on smog checks for semis and SB 44 on finding ways to further reduce emissions from medium- and heavy-duty trucks.

“In the face of the White House’s inaction on climate change, California is stepping up and leading the way,” he said in a statement.

Newsom also signed an executive order to invest the state’s $700-billion pension portfolio into carbon-neutral technologies for buildings and vehicles. He cited California’s continued growth as “proof that a bold climate agenda is good for the economy.”

The Maui County Council has voted to settle a Clean Water Act case at the Supreme Court that has drawn the involvement of dozens of national business and environmental groups.

The issue in the case is whether a permit is required to discharge wastewater through injection wells into groundwater before it reaches the Pacific Ocean. The county’s appeal of the 9th Circuit ruling, which found that a permit is needed, has been scheduled for arguments on Nov. 6.

The 5-4 vote came after a meeting Friday that included emotional testimony from Maui residents on both sides of the issue.

Why it matters: The concern by the majority of council members was that Maui County would be facilitating a ruling by the Supreme Court that such discharges are not illegal, setting an environmentally damaging national precedent. Farm groups contend the 9th Circuit’s decision illegally expands the reach of the CWA.

House Democrats will be meeting again this week U.S. Trade Representative Robert Lighthizer in an effort to reach agreements on outstanding demands for changes to the U.S.-Mexico-Canada Agreement.

Members of the Democratic working group tasked to work with Lighthizer claimed that progress was made last week, but they also stressed that much remains to be done.

“We have a ways to go, that’s for sure,” Rep. Jan Schakowsky, D-Ill., said after Friday talks with Lighthizer.

Bottom line: House Ways and Means Chairman Richard Neal says the two sides were still at odds over Democrats’ demands for stronger enforcement measures to make certain that Mexico follows through on promises to change its labor and environmental standards.

“The enforcement issue is stubborn and we continue to stay with that and I think we’re making headway,” Neal said.

Making the point: Another member of the Democratic working group, Rosa DeLauro of Connecticut, co-authored a letter to the Washington Post emphasizing the point of toughening labor standards. “Strong, enforceable anti-outsourcing provisions on labor and environment’ will “level the playing field so American workers can compete,” she said. “Without them, U.S. jobs will continue flooding to Mexico, where a new labor law reform is still in question.” 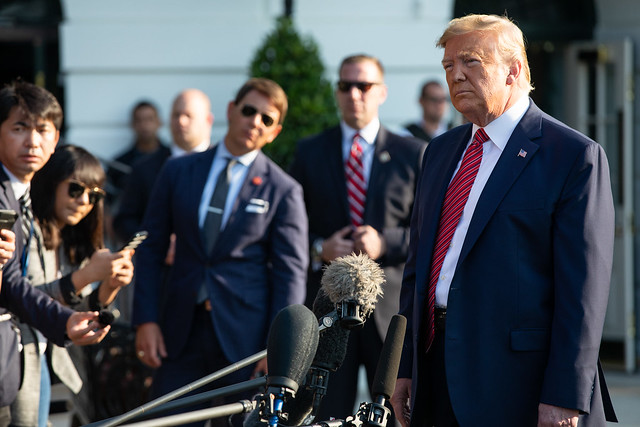 Trump in no rush for China trade deal

High-level U.S. and Chinese negotiations are still planned for early October, but President Donald Trump told reporters Friday he’s not concerned if the trade war stretches out over next year.

Voters, he said, won’t hold it against him in the 2020 election if a deal with China hasn’t been reached by November.

“No, I don’t think I need it before the election,” Trump said in a press conference. “I think people know that we’re doing a great job. China’s being affected very badly. We’re not. We’re not being affected.”

“We feel lonely here fighting the fight over water.” – Food and Ag Board Member Martha Montoya, quoting the sentiment of Orange County farmers as they compete for water with urban users.