California Dairies, Inc. has promoted Phil Girard to senior vice president and chief financial officer, effective immediately. Girard will oversee the cooperatives’ financial, accounting, treasury, information technology and risk management functions. Based at CDI’s corporate headquarters in Visalia, California, he will report to Andrei Mikhalevsky, president and CEO. Bringing more than 25 years of financial and accounting experience with him to this role, Girard has an extensive background in dairy cooperatives and food industry companies.  Girard has served as the Vice President of Finance for CDI since 2013.

The Wonderful Company and The Maddy Institute announced the winners of the 2019 Wonderful Public Service Graduate Fellowship. The fellows are as follows: Benny Corona, Manpreet Kaur Sandhu, and Samantha Santamaria. Born and raised in Lindsay, Calif., Corona is pursuing a Master in Public Policy at UC Berkeley’s Goldman School. In the past few years, Benny has worked as a farm worker, community organizer, community development specialist, and political campaigner. His work is focused on the issues of humane immigration reform, environmental advocacy, and water access. Kaur Sandhu is pursuing a Master of Public Affairs at the University of Wisconsin, Madison. She was born and raised in Bakersfield, Calif., and founded the Jakara Movement's Kern County chapter, becoming the first community organizer in the region and creating a forum for long-neglected Punjabi Sikh youth voices. Santamaria is pursuing a Master of Social Work with a focus in health, mental health and disabilities from Columbia University, in New York City. Santamaria was raised in the town of Lindsay in Tulare County. She went on to pursue her bachelor's degree at the University of California, Berkeley and during her time as an undergraduate student, Samantha served as a health educator for socioeconomically disadvantaged schools that lacked health education.

Colin Woodall has been tapped to serve as the new CEO of the National Cattlemen’s Beef Association. Woodall previously served as the vice president of government affairs. Woodall first joined NCBA in 2004 and succeeds Kendal Frazier, a 34-year NCBA veteran, who announced his plans to retire earlier this year. Ethan Lane has been selected to take Woodall’s former position.

Shari Rogge-Fidler has been chosen as the new president and CEO of Farm Foundation. Rogge-Fidler is a fifth-generation farm owner from Nebraska, who began her career in London in financial services and then went to the Boston Consulting Group. She and her family launched and grew a branded gourmet organic food company, where she served as vice president of sales and marketing. Most recently, Rogge-Fidler was CEO of Family Farms LLC.

CoBank has chosen Andrew Jacob to succeed Ann Trakimas as its new COO. Trakimas is retiring from the bank at the end of year. Jacob currently serves as the bank's chief regulatory, legislative and compliance officer. Before joining CoBank in 2011, Jacob spent almost 25 years with the Farm Credit Administration. 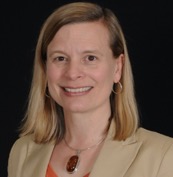 Roquette has selected Jean-Philippe Azoulay to serve as vice president of its pea and new proteins business line. Azoulay succeeds Pascal Leroy, who has moved to a new leadership role within the company. Azoulay previously worked as global director of DuPont’s Nutrition Business and most recently as director general of the European Crop Protection Association.

The Mahindra Group has opened a new Washington, D.C., office and selected Dilip Sundaram to lead its efforts.Sundaram currently serves as president of corporate affairs-Americas.

Susan Skiles Luke is now the deputy director of external communications, North America, for Bayer Crop Sciences. Skiles Luke served as an independent communications consultant for Bayer for the past two years. Before that, she was the editorial director at Farm Journal Media.

David Townsend is a new project coordinator in the department of leadership, education, and engagement at American Farm Bureau Federation. Townsend studied plant science at the University of Delaware.

Shiloh Perry left the American Farm Bureau Federation (AFBF), where she served as a media relations specialist since March 2018. She started a new job with the Texas Association of Counties. AFBF has not yet hired a replacement.

Katie Waldman is heading to the White House to become the press secretary in the office of the vice president. Waldman previously served as Sen. Martha McSally’s, R-Ariz., communications director.

Veronica Bonilla has left the office of Rep. Norma Torres, D-Calif., where she served as press secretary. She now works at the Aerospace Industries Association of America as a media director. 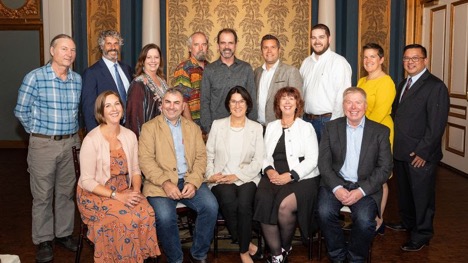 The Organic Trade Association elected new board members at its annual meeting in Baltimore this past week. Doug Crabtree, owner-operator of Vilicus Farms, and Melissa Hughes, chief mission officer and general counsel for Organic Valley, were re-elected to the board. Karen Jobb, vice president of sales at Clif Bar & Company, and Avi Garbow, environmental advocate at Patagonia Works, were elected for their first terms on the board.