Tucked deep into a legislative update Friday evening was Governor Newsom’s veto of Senate Bill 1. In an attached message, Newsom lauded California’s environmental efforts, but simply said he “disagreed about the efficacy and necessity” of SB 1.

Senator Toni Atkins tweeted in response that she was disappointed with the decision but grateful for her colleagues who supported the bill.

Ag Council President Emily Rooney replied to Atkins: “While we disagree on SB 1, we appreciate your action to support all Californians and your open-mindedness on ag issues, (Sen. Atkins). Thank you for your stellar leadership!”

California Representative Josh Harder applauded Newsom’s “commitment to listening to the needs of Central Valley water users,” in a statement Saturday. But he lamented, “It’s too bad the State Senate didn’t make the amendments to SB 1 that we recommended a couple weeks back. California missed an opportunity to strengthen an otherwise important bill.”

Defenders of Wildlife Director Kim Delfino had a sharper critique. In an op-ed for CalMatters yesterday, Delfino likened Newsom’s decision to “bury an anti-environmental action on a Friday evening” to what she says is a similar “common practice” with the Trump administration. She owed the veto to “a massive and furious lobbying effort against SB 1 by agricultural water districts and wealthy farming interests.”

Delfino framed her opinion around a phrase from Newsom’s State of the State address in February, when he said, “We have to get past the old binaries” from the water wars.

Natural Resources Secretary Wade Crowfoot has often borrowed that phrase as well. In April, he said it “cannot be farmers versus environmentalists, north versus south, urban versus rural.” He mentioned the binaries again two weeks ago after a two-hour meeting over the voluntary agreements.

Rather than a one-size-fits-all approach, UC Davis Professor Emeritus Peter Moyle is urging flexibility when modeling flows for sensitive fish habitats. Moyle does not insert himself into the SB 1 debate over biological opinions and voluntary agreements for the Central Valley Project.

Yet his argument is similar to those of water agencies and the ag industry, which have sought a more flexible, science-based approach in allocating water to fish and farms. Newsom now falls into that camp as well. When he first announced his veto of SB 1, Newsom said it “limits the state’s ability to rely upon the best available science.”

In a recent blog post, Moyle writes that “flowing waters are beautifully complex” and it would be “rather naïve to think that a simple hydrologic model will suffice to determine flows needs.”

He calls it wrong to ask how much water fish need. Instead, the “more useful question” would be about “the optimal flow regime” for fish to thrive while providing water for people. He urges periodic assessments, along with alternative flow models.

“It is hard to over-emphasize the need for improved and innovative assessments of environmental flows in California’s streams,” he adds, referring to a diversity of more than 1,400 large dams across the state.

As water disputes increase with climate change, “improved understanding of the (flow assessment) options available should make settling such disputes in an amicable fashion more likely,” he writes. 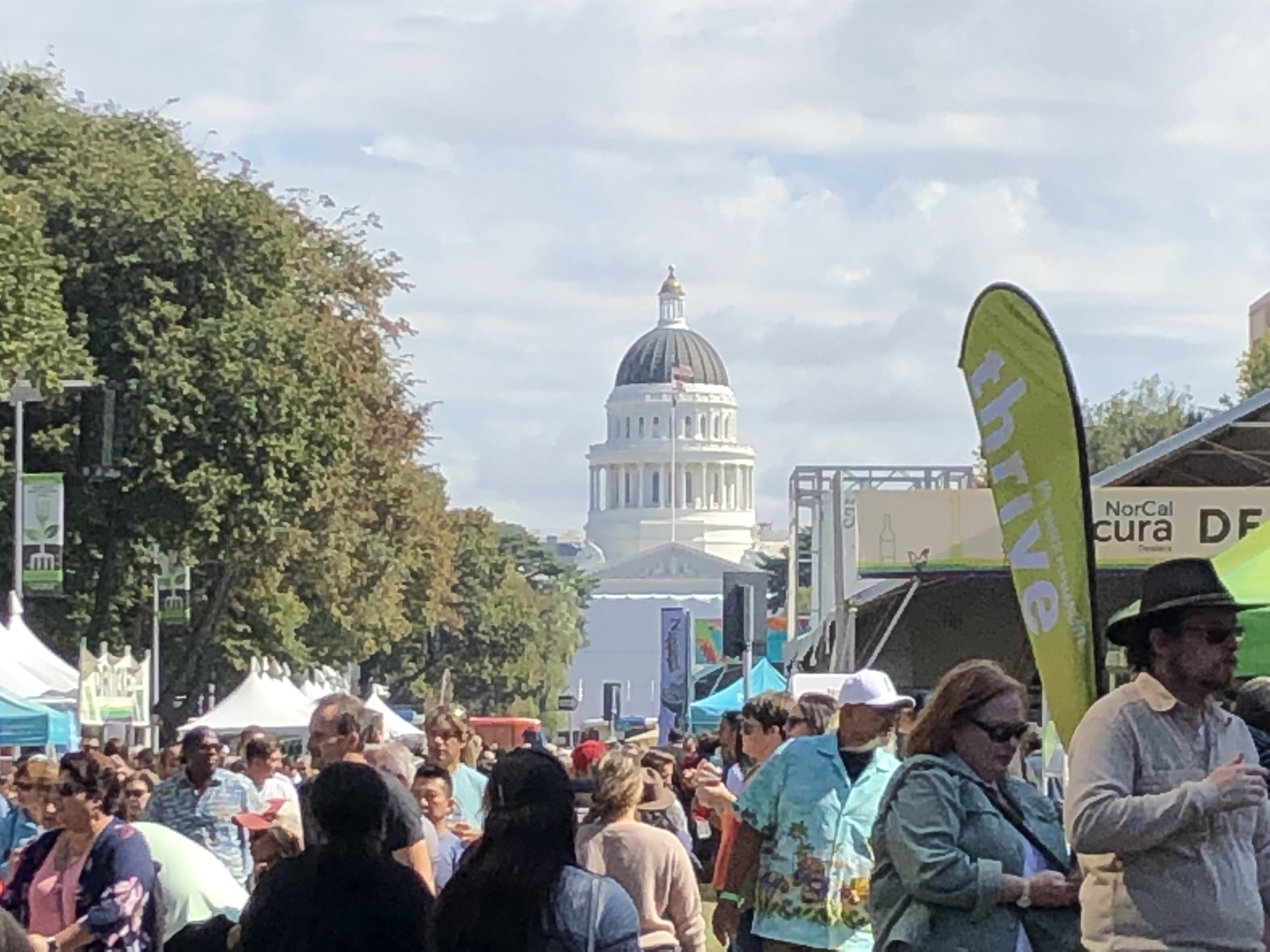 Farm-to-Fork Festival draws thousands to capitol to sample California ag over the weekend.

Congress is in recess for the next couple of weeks, but ratification of the U.S.-Mexico-Canada Agreement should almost be within reach – or at least a lot closer – when lawmakers return to D.C., says House Ways and Means Chairman Richard Neal.

Neal, who leads the select group of House Democrats working to settle differences over USMCA with the Trump administration, said Friday his staff and U.S. Trade Representative Robert Lighthizer will be working through the recess on the latest proposal for a ratification deal.

Neal said he expects a lot to get done as the two sides narrow the difference between them. It will be in October when the talks intensify and at “the goal line” comes into view, he said.

Another member of the House Democratic working group used a different sports analogy. “I would say we’re in the sixth inning and we have a few more innings to play,” said Rep. Jimmy Gomez, D-Calif.

Despite the promise of a guaranteed payout, enrollment in the new Dairy Margin Coverage isn’t going to be all that much higher than the old Margin Protection Program, and DMC signup could very well fall in 2020.

The 2019 signup for the program ended Friday. Final numbers haven’t been released yet. But Bill Northey, USDA’s undersecretary for farm production and conservation programs, tells Agri-Pulse that as of last Wednesday enrollment was about 1,000 over the 21,300 producers who signed up for MPP in 2018. That would mean about 60% of the 37,468 licensed dairy farms nationwide enrolled in DMC.

The 2020 enrollment period will open in one week, and the big question is whether signup will drop. About half the producers who signed up for DMC only enrolled for 2019, rather than for a full five years. University of Wisconsin economist Mark Stephenson says some of those farmers will likely opt out of the program if forecasts continue to show improvement in milk markets next year.

Northey says 400,000 farmers have applied so far for the first round of 2019 Market Facilitation Program payments. So far, this round of payments has totaled $5 billion. About 600,000 farmers signed up for the 2018 version of MFP, which benefitted fewer crops.

Northey says a decision on making a second tranche of MFP payments won’t be made until closer to November. “We’re all hopeful we’ll be in the place where we'll have a better trading environment,” he said, referring to the ongoing U.S.-China trade war. 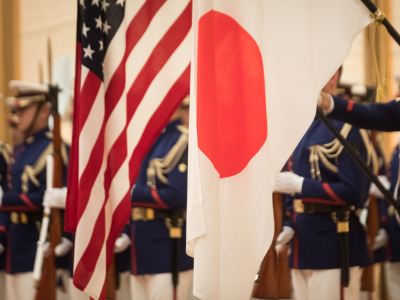 The U.S. Congress will not have to ratify the pact that cuts Japanese tariffs on U.S. pork, beef and other commodities. U.S. officials have expressed confidence that the Diet will ratify it quickly, but U.S. farm groups won’t rest easy until that happens.

“What I’ve been telling my producers is to watch the Diet and see when they’re going to be voting,” said Maria Zieba, director of international affairs for the National Pork Producers Council. “Anything can happen as we have all been seeing in the past few years.”

This week will be full of festivities as China celebrates the 70th anniversary of the founding of modern China tomorrow, but preparations are being made on both sides of the Pacific for what could be a watershed meeting with U.S. trade negotiators.

Any success in the talks will likely hinge on whether China remains steadfast in its alleged backtracking on pledges that U.S. officials said brought the two countries very close to an overall deal back in May.

“The paper is going back and forth. All of it is very positive and very constructive.” - Connecticut Rep. Rosa DeLauro, a member of the House Democrats’ USMCA working group, describing the state of negotiations with U.S. Trade Representative Bob Lighthizer.