Researchers have pulled together a mountain of government data to map how edible farm commodities and other foods move around the United States, and they say the resulting matrix could have an array of benefits, from pinpointing critical infrastructure needs to tracking differences in carbon footprints.

Researchers at the University of Illinois and Kansas State University developed their Food Flow Model by compiling data from several U.S. agencies: the Census of Agriculture, commodity movements in the Commodity Flow Survey as reported by the U.S. Census Bureau and the Bureau of Transportation Statistics, plus farm-to-table transfers of all major categories of farm and food commodities into and out of the country’s 132 major economic or marketing zones, as compiled jointly by BTS and the Federal Highway Administration into what’s called the Freight Analysis Framework.

Data on ag imports and exports, a national transportation matrix on point-to-point shipping distances and income data, were also plugged into the model.

The researchers then drilled down to the level of every 3,142 U.S. county (and county equivalents) to record all volumes of ag products grown, processed, and shipped to final commercial destinations. The researchers differentiate “food flows,” which are transfers along supply chains within a country, from international food trade.

The resulting food flow matrix is intended to identify the most important nodes, or links, in food supply networks, says one of the co-developers, Landon Marston, an assistant professor at Kansas State. The model could help, for example, to prioritize infrastructure improvements in the food system. He personally wants to use it to better understand the carbon footprint of different locations along the food chain. 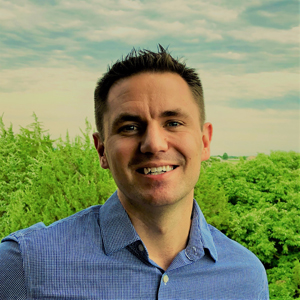 John Newton, chief economist for the American Farm Bureau Federation, says he has done somewhat similar work and thinks that the Food Flow Model “provides a good visualization and good way to model the flow of agricultural products along the supply chain. It peels the onion back on what the supply chain system looks like in the United States.”

Megan Konar, assistant professor at the University of Illinois and co-author, says their model “is something companies could potentially use to figure out … how to optimize where they would put certain parts of their food supply chain. It’s all there if anyone wants to go and see what we estimated for meat transfers (for example) between any two counties in the U.S.”

The results show the counties with the greatest inflow and outflow of farm and food products: The nation’s top one for both inflow and outflow is Los Angeles County, which has a major U.S. port (thus lots of imports and exports), plus huge volumes in both processing and consumption.

In fact, all of the top five counties — aside from Maricopa County (Phoenix), Ariz. — are in California, which is the leading farm production and exporting state, and where several counties have intensive production of high value, irrigated crops. 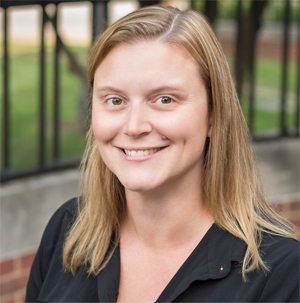 The locations of counties with the highest transfer totals are strikingly different from the geographically larger Freight Analysis Framework zones reported by the Bureau of Transportation Statistics and the Census Bureau for farm and food products. For the latter, the zones (separated from nearby urban market areas) of Iowa, Nebraska, Minnesota, Illinois, Kansas, and Texas all lead non-urban California in both outflows and inflows of food transfers.

The researchers also unearthed direct county-to-county transfers of products between any two counties in the country and even transfers between points within the same counties. That works out to 9.8 million potential pairs of trading counties, assuming every county trades with every other county, which doesn't happen. But the study found 161,400 links or pairings of counties transferring food products between each other.

The highest volumes, it turns out, are in transfers within the same counties or trading between adjacent counties: Los Angeles County and Erie County again, come up with huge transfer tallies within themselves, as do transfers between neighbors Los Angeles and Orange counties, for example, and between Erie and Niagara counties in New York.

The county that trades the most within itself is Broomfield County, northwest of Denver, Colo. “We were initially surprised” by that county’s tally, Konar said. Farmers may be surprised as well, because there isn’t a lot of farm production in that county.

Among the main generators of farm product and food transfers, she expects, are major Danone North America (Dannon dairy products) facilities there, “a number of fulfillment and distribution centers,” and a robust transportation network. Further, she notes, “the BNSF railroad runs through Broomfield, and there are Union Pacific lines just to the east and southwest.”