There’s a growing sense of unease among pesticide officials and retailers dealing with a third straight year of off-target movement of dicamba onto nearby crops and other vegetation.

Nowhere may that feeling be more acute than in Illinois, where off-target complaints increased sharply this year and a recent survey of ag dealers found many do not think training makes any difference in reducing problems associated with the chemical, which began to be sold in low-volatility formulations in 2017.

Asked for suggestions about the best way to provide dicamba training, 45% of the surveyed ag chem dealers agreed with the statement, “It doesn’t matter.”

More than 60% also said they were “very concerned” that issues surrounding dicamba might result in non-dicamba-related state legislation involving pre-notification requirements, increased penalties on misuse findings, mandated buffers, or turning regulatory control back over to local units of government.

The state has received 719 dicamba complaints this year, more than double last year’s total of 330, and nearly triple the number in 2017.

“Education and training is always a good thing. But this training in particular was supposed to ensure that issues with dicamba would decrease, not increase,” Illinois Fertilizer & Chemical Association President Jean Payne said in a paper written in September when the survey results came in.

“If Mr. Obvious were to show up at a hearing in the Illinois state legislature next year, and ask ‘what has changed to cause such an increase in pesticide misuse complaints?,’” Payne added the answer would be “the advent of the use of dicamba on soybeans has resulted in this increase in complaints.”

Bayer, on the other hand, which sells dicamba-tolerant soybeans and is one of four companies to sell new formulations of dicamba, said it had received fewer off-target movement inquiries compared to 2018, even as Roundup Ready Xtend acres and applications of XtendiMax have increased.

“As of Sept. 5, we’ve received 454 off-target movement inquiries, a 36% decrease compared to the 2018 season, while dicamba-tolerant soybeans and cotton were planted on an estimated 60 million acres in 2019,” the company said.

Bayer said more than 60% of the inquiries it’s received have been from Illinois and Iowa, and it is continuing to analyze those inquiries. “We are also seeing symptomology resulting from herbicides other than dicamba, spray system hygiene impacts (including tank contamination) and environmental stresses including flooding in certain geographies,” the company said.

BASF, which makes the dicamba product Engenia, said the number of “off target calls” it received fell to 60 this year.

Weather played a role in both increases and decreases in certain states. Heavy rains throughout the Midwest contributed to more applications being made during warm temperatures, which university research has shown contributes to volatility and off-target movement.

In Illinois, for example, rains forced the state’s Department of Agriculture to extend its cutoff date for dicamba use from June 30 to July 15, meaning temperatures were higher when applications were made.

“Temperature is probably the number-one contributing factor” to off-target movement, IDA Director John Sullivan said. “Dicamba has been around for many, many years. But it wasn’t applied when the temperature was high.” 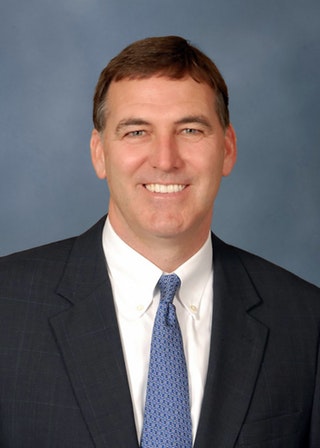 University of Illinois weed scientist Aaron Hager, who has been a vocal critic of the way the new formulations have been used since they came on the market in 2017, said, “We’ve never sprayed the quantity we have now.”

In North Dakota, on the other hand, there were only two official complaints this year, said Andrew Thostenson, a pesticide program specialist with North Dakota State University Extension.

“Most of our people at NDSU and state department of Ag say that weather played a huge, huge role in that reduction,” he said, pointing to an “unusually cool and wet summer.”

In Indiana, “We believe that a significant portion of the off-target movement is not particle drift … but from volatilization after the fact,” said Dave Scott, pesticide program administrator in the Office of the Indiana State Chemist.

“Can the product be used safely even if used correctly?” Scott asked. “If it gets up and moves on its own, there’s nothing the farmer can do.”

As of mid-September, Indiana said it was investigating 178 dicamba drift complaints, an increase from last year’s total of 146.

Scott criticized the Environmental Protection Agency for not engaging with the states on the issue. Despite saying it wanted to hear from states about their experiences this season, EPA has not told state pesticide officials precisely what type of data it wants.

After being left out of the discussions about label changes last year even after they had supplied dicamba damage information to EPA, state officials don’t want to spend time, energy and money working up data for EPA this year.

“We still haven’t heard back from them with specifics” about how they plan to use the data, Scott said. “All we heard was 'yeah, we’re interested.'”

“We’ve been given no indication that they’re planning on changing anything about the label,” Scott said of EPA. The registrations for Xtendimax and Corteva’s FeXapan, which share the same formulation, and Engenia expire at the end of next year, but growers and applicators want to know before the end of 2019 whether EPA plans to change the labels, which have been widely criticized for vagueness.

One example: The Xtendimax/FeXapan label says the product should not be sprayed “when the wind is blowing toward adjacent nondicamba-tolerant susceptible crops.” The Engenia label says don’t apply it “when wind is blowing in the direction of neighboring sensitive crops.”

In neither case are the words “neighboring” or “adjacent” defined.

Said Hager: “I think they’ve done a good job of writing labels no one can follow.”