Kristin Peck has been tapped as the next CEO of Zoetis, succeeding Jaun Ramón Alaix on January 1. Peck currently serves as the executive vice president and group president of U.S. operations, business development, and strategy. She has been a part of the company’s executive leadership team since the company’s formation in 2012. Alaix has served as CEO since 2012.

The U.S. Wheat Associates (USW) has hired Mike Spier to serve as vice president of overseas operations, effective Oct. 15. Spier has served 19 years with USW before joining Columbia Grain International, where he most recently served as head of CGI’s international wheat trading desk in Portland, Ore. Spier will be based in the USW West Coast office in Portland. 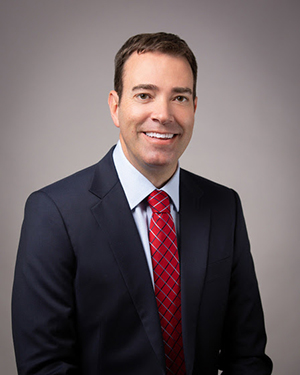 Peter Bachmann has left the Department of Agriculture where he was serving as a senior adviser to the Secretary of Agriculture. He is headed back to USA Rice to serve as the vice president of international trade policy. Before coming to USDA, Bachmann worked at USA Rice for two years as the manager of government affairs.

Kevin Bailey has left the Senate Agriculture Nutrition and Forestry Committee where he served as a professional staff member for Sen. Debbie Stabenow, D-Mich. He will be joining the Glover Park Group’s food and ag team as a director in government relations, effective Oct. 14. Over the past three years, Bailey has handled an array of issues on the Senate Ag Committee including rural development, energy and sustainability, telecommunications and rural broadband, appropriations/budget, immigration and the Commodity Futures Trading Commission. Prior to the joining the committee, Bailey served over six years at USDA and the White House Domestic Policy Council, where he managed the President's White House Rural Council and focused on agriculture, rural development, telecommunications and immigration issues.

Austin Hacker has been promoted to press secretary for the Republican staff of the House Committee on Natural Resources. He will also assume the duties of digital director. Hacker previously served as the committee staff assistant, clerk of the Subcommittee on Energy and Minerals, and deputy press secretary. Before coming to the Committee, Hacker served in the offices of former Majority Leader Kevin McCarthy, R-Calif., and Representatives Jeff Denham, R-Calif., and Peter Roskam, R-Ill.

Carl Barrick has left the Senate Environment and Public Works Committee where he served as a professional staff member for Sen. John Barrasso, R-Wyo. He previously worked for the Subcommittee for Transportation, Housing, and Urban Development and Related Agencies for the House Appropriations Committee as a staff assistant.

Alex Ball has left the office of Rep. Jason Crow, D-Colo., where she served as the chief of staff. Amy Soenksen has replaced Ball as chief of staff. She previously served as Rep. Ben Ray Luján’s, D-N.M., outreach director.

Marília Rangel has left the International Poultry Council where she served as the Secretary General. She is moving to Brazil with Merck Animal Health to take on a new professional challenge.

West Pak Avocado Inc. has hired Joe Nava as its vice president of sales and business development. He most recently worked at Calavo Growers, as senior account manager for six years. Before that, he was at Mission Produce, as account manager for four years.

The board of directors for the Milk Processor Education Program (MilkPEP) has selected Yin Rani as the new CEO. Rani brings nearly 25 years of integrated marketing experience to the fluid milk promotion program. She most recently was vice president and chief customer experience officer for the Campbell Soup Co.

Fair Food Network has appointed Mark Nicholson as the new policy director. Nicholson brings more than two decades of policy and legislative experience in addition to a background in specialty crop production. A New York native, Nicholson is a third-generation apple farmer and co-leads Red Jacket Orchards. He also brings more than two decades in national agriculture policy serving as chairman of the board of the U.S. Apple Association. Nicholson spent his early career at the U.S. Department of Agriculture’s Agriculture Marketing Service and was a member of Ag Secretary Tom Vilsack’s Fruit and Vegetable Industry Advisory Committee.

Annie Frost has left the National Grocer’s Association where she served as the manager of marketing and communications. NGA is currently searching for her replacement.