CalEPA announced yesterday it will end virtually all sales of the insecticide chlorpyrifos by February 2020. Under the settlement, growers may still apply chlorpyrifos products until the following December under existing regulations and “aggressive enforcement,” according to the Department of Pesticide Regulation.

The stipulated settlement with Dow AgroSciences heads off an administrative hearing process that could have lasted two years. In September, Dow and five other registrants disagreed with the cancellation and formally requested a hearing.

DPR is also allowing the use of granular forms of chlorpyrifos, which account for less than 1% of all use.

In a written statement, Gov. Gavin Newsom called it “a big win” and thanked environmental justice advocates for their “tenacity” in fighting to “get the harmful pesticide out of our communities,” he said.

What about the remaining products? “The registrants will be coordinating the return of unused stocks through the normal channels of trade,” he said, which is why the administration did not pursue an immediate ban.

Why not wait for U.S. EPA’s review to finish next year? “We felt that we needed to take action more urgently” and “thought that (the cancellation) process would be a much longer one than it has turned out to be.”

Are ag commissioners and PCAs at legal risk for recommending chlorpyrifos? “They are just as essential partners to us as federal EPA and other stakeholders out there. So, I don't know that that will put them in any legal jeopardy.”

If use is down, why ban it? “We felt that we really couldn't mitigate it beyond what we had done to date.”

Will this be enough time to find alternatives? “I'm really confident at the end of the day that these professionals (in the alternatives work group) will be able to present viable alternatives that farmers can use in the near term.” The grant money from DPR and CDFA for research “will also be a very helpful tool.”

If no suitable alternatives are found, will DPR still ban it? “I'm certain that they will come up with alternatives.”

Will this establish a process for cancelling glyphosate, neonics or other pesticides? “Those are all products that we're having lots of internal conversations about… The process that we're embarking on with 1,3-D, it will be a public one…and that’s the kind of process that I want to engage in here. I want to get input from folks who are impacted by decisions that we potentially make in the department.” 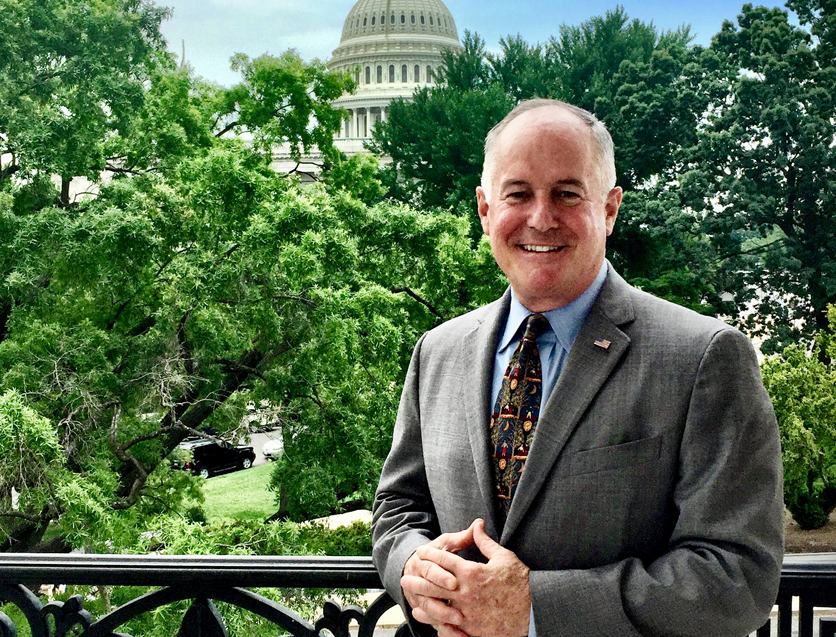 Pence looks to ‘turn up the heat’ on Dems

Vice President Mike Pence took his campaign for the U.S.-Canada-Mexico agreement to Iowa and called for rural voters to put the heat on Democrats to vote for the trade deal.

"The truth is, and we all know it, Democrats have been spending all their time on endless investigations and partisan impeachment. But enough is enough, the American people deserve better,” Pence said during a visit Wednesday to a farm west of Des Moines in the 3rd congressional district, which is represented by first-term Democratic Rep. Cindy Axne. She has yet to endorse the trade pact.

“I came to Iowa today to turn up the heat,” Pence said.

State of play: AFL-CIO President Richard Trumka told the Washington Post that the trade deal would be rejected if it’s put on the House floor before Thanksgiving. He said it’s not clear yet that Mexico can enforce tougher labor standards.

A highly anticipated round of negotiations with China gets underway in Washington today, but now it appears unlikely that much progress will be made. According to the South China Morning Post, the Chinese delegation will stay for just one day, not the two days originally planned.

The report says no progress was made on the critical issues, including forced technology transfers, during a round of deputy-level talks this week.

Trump told reporters earlier Wednesday that he wouldn’t accept a 50-50 deal with China, something the Chinese have been demanding for months. Trump also said he didn’t think China had been lowering expectations. “I think they feel I am driving a tough bargain.”

President Trump signed two executive orders designed to lessen the impacts of regulatory guidance on farms and other businesses.

One of the executive orders says that “consistent with applicable law,” agencies should treat guidance documents as non-binding unless incorporated into a contract.

A Wyoming man who built a stock pond on his property attended the White House event and recounted his battle with EPA, which had threatened him with fines of $37,500 per day. He was able to settle the matter after a lawsuit was filed by the Pacific Legal Foundation.

“I had no idea that the EPA would come knocking at my door,” said Andy Johnson. 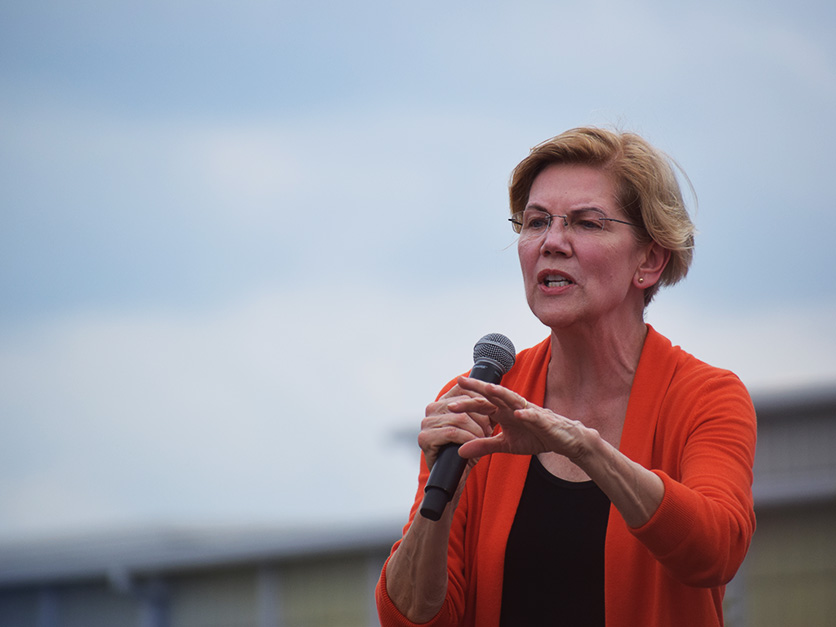 Sen. Elizabeth Warren wants to use USDA to nudge rural electric cooperatives away from their reliance on coal.

Warren has released an “environmental justice” plan that says too many electric co-ops are locked into long-term contracts that make them dependent on coal. She says USDA could help co-ops transition to renewable energy by writing down debt and restructuring REC loans and then providing low- and no-cost financing for renewable energy projects.

Warren’s plan includes an earlier proposal to dramatically expand the Conservation Stewardship Program by increasing its funding from $1 billion to $15 billion. She says the funding will help curb farm runoff. The plan asserts that “Big Agriculture has poisoned local drinking water” sources that are critical to low-income Americans.

The co-ops’ view: The National Rural Electric Cooperative Association said that the details of any debt forgiveness plan would be critical. There are numerous considerations involved in deciding whether to retire coal plants, “including reliability implications, the availability of alternative electric generation, the impact on rates for member-consumers, and other unique local circumstances,” the group said.

The National Sustainable Agriculture Coalition and Government Accountability Project will present a petition today calling on USDA to adopt regulations that protect livestock and poultry growers “from unfair practices and retaliation at the hands of meatpacking and processing companies.”

The reference is to an upcoming proposal to clarify the “undue preference” provision in the Grain Inspection, Packers and Stockyards Inspection rule. A proposal is currently under review at the Office of Management and Budget.

“I think China has a lot of respect for me, for our country, for what we are doing. I think they can’t believe what they have gotten away with for so long.” - President Trump.