Much has been made of the shortage of workers in fields and processing plants, or the need for college graduates to fill the next generation of professional positions in the agribusiness sector. But there also is a shortage of candidates for positions in the sector that require a technical education.

The market for skilled ag workers is tighter than it’s been in years despite today’s depressed agricultural economy. Some positions are going unfilled, and wages are rising in a job environment with the lowest unemployment rate in 50 years, only 3.5% in September, according to the U.S. Bureau of Labor Statistics.

“We have more jobs than qualified people,” Glandt said. “And the farther away a farm operation or employer is located from a major metropolitan area — a city large enough to have a Walmart, Costco, or Target as well as employment opportunities for a spouse — the tougher it is for employers to recruit workers.”

For instance, a position close to a large metro area that offers a good base salary might receive 10 qualified applicants, while the same position offering the same salary that’s farther away from a metro area might not receive any.

“Employers in choice locations might be able to hire someone for, say, $40,000 a year, while someone 50 to 60 miles from the nearest shopping center or work opportunities for the spouse might have to pay an additional $10,000 to $15,000 a year,” Glandt adds.

“Our job orders with employers remain consistent,” Glandt says. “But the number of strong qualified applicants is down considerably from what we saw during the peak. Today the labor market is tighter, but employers can’t afford hiring bonuses because they are watching employee costs.” Instead of paying up for employees during a tough year, some farm operations and companies are operating a position or two short, with plans to revisit the situation in spring 2020. 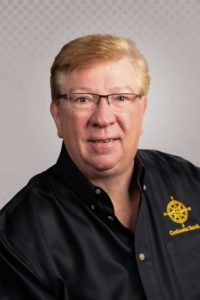 The market for diesel mechanics is particularly tight, and new graduates are almost guaranteed a position, according to Glandt. “I have job positions for on-farm mechanics that have been open for two years,” he said.

All of the 2018 graduates of the Diesel-Ag Equipment Service Tech program at Southeast Community College, in Milford, Neb., were employed shortly after finishing their education. While most got hired in Nebraska, 13% of the graduates found jobs in other states. Their average starting salary of $42,536 a year was nearly 50% higher than in 2012, when new graduates received an average annual salary of $28,392, according to the college’s 2018 Graduate Report.

Deere’s apprenticeship program complements its existing TECH program, established in 1989, that provides tuition and tool assistance as well as job placement with a Deere dealership after a participant completes one of Deere’s approved programs, offered at 24 colleges throughout the United States and Canada.

Caterpillar offers a similar program called Think Big that offers students of an approved program a paid internship every semester with a Caterpillar dealer. Eleven participating colleges in 11 states offer the program.

Growth in the market for veterinary technologists and technicians will be even stronger, with the BLS projecting positions to grow 19%, a net gain of 21,100 positions by 2028. The average salary for these positions last year was $34,420 per year.

Because of that demand, Smithfield Foods recently designated a gift of $250,000 over five years to Southeast Technical Institute in Sioux Falls, S.D., to help build a 4,500-square-foot classroom and lab for the school’s veterinary technician program in an effort to increase that workforce.

Demand for truck drivers, feed mill employees, and professional consultants is also robust. “Never before have we seen so many companies in such pain to find skilled and professional talent,” Simmons says. “There are more jobs per applicant than ever before.”

According to a recent report from the American Trucking Association, the trucking industry estimated a shortage of 60,800 drivers in 2018, up nearly 20% from 2017. While the driver shortfall is expected to dip slightly this year due to both slower economic growth and a small increase in the number of drivers, a tight labor market combined with an aging truck driver population will keep the shortage near its 2018 peak going forward.

“It is a career path that will be lucrative for the next 10 to 15 years. Companies are paying top dollars for truck drivers,” Simmons said.

Other areas where workers are sorely needed include the dairy and swine sectors, where there is a deep labor shortage—from general managers to the technicians working with newborns, he said. 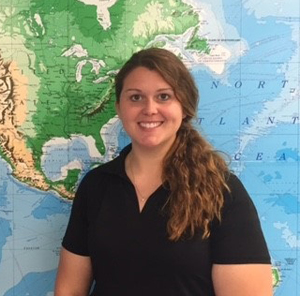 According to Amanda Fairley, who teaches courses and manages internships for the Agriculture, Management, and Production programs at Southeast Community College in Beatrice, Neb., the starting salary for graduates taking farm assistant positions averages $32,900 per year, but many positions also offer company trucks and gas cards, free meat, and even housing. In 2013, new graduates were making 14% less at $28,333 per year.

Professionals working as agricultural consultants are also receiving numerous offers as well as much higher salaries. “Animal nutritionists are earning incomes never seen before,” Simmons said. “In 2003-04, if you came out of a university with a doctorate in dairy nutrition, you made $50,000 or $60,000. In 2018, the same level of talent was receiving multiple offers for $150,000 a year. In 2003, they might have gotten three offers. Today, they are getting 10.”

According to the BLS, demand for veterinarians, agricultural engineers, environmental engineers, conservation scientists, and food scientists will also increase through 2028.

Fairley said “there is so much opportunity right now. More than ever, this is the time to get into agriculture. I have more jobs and internship experiences available than I have students.”