Many states are falling behind in their early projections of how quickly they will be able to deploy COVID-19 vaccines, and many are still working to determine where ag workers will be on their vaccination prioritization schedules.

Advisers to the Centers for Disease Control and Prevention recommended in late December that front-line essential workers, including food and agriculture workers, should be in the second group to receive COVID-19 vaccines, but millions of people will be eligible to receive the vaccine before them. And some states, including Texas, Florida, and South Dakota, have decided that groups such as people 65 years of age and older and those with certain underlying medical conditions will be vaccinated ahead of essential workers.

The first group to be vaccinated nationwide, referred to as Phase 1A, consists of 24 million front-line health care workers and those living and working in skilled nursing and congregate care facilities. The essential front-line workforce, which contains food and ag workers, consists of an estimated 49 million people. Within this group, the food and agriculture subgroup is particularly large. According to the Cybersecurity and Infrastructure Security Agency, the sector, which is almost entirely under private ownership, is composed of an estimated 2.1 million farms, 935,000 restaurants, and more than 200,000 registered food manufacturing, processing, and storage facilities, accounting for roughly one-fifth of the nation's economic activity.

Most states, including California, are still in the process of providing the first dose of the two-dose vaccine to those in the Phase 1A priority group.

In late December, California’s Community Vaccine Advisory Committee made recommendations on who should be in the state’s Phase 1B group, which contains two tiers. The Phase 1B Tier One group prioritizes those 75 years of age and older, followed by workers in education, child care, emergency services, and food and agriculture. That puts food and ag workers in California in front of those 65 years of age and older with an underlying health condition as well as workers in other essential services such as transportation and logistics, industrial, residential, and commercial sectors, incarcerated individuals, and the homeless.

At a Dec. 28 press conference, Gov. Gavin Newsom said, “Food and ag, the food supply chain — that’s farmworkers, grocery workers, the logistics around food — the essential workforce we’ve counted on, that’s been there since the beginning of this pandemic, that’s paid a huge price in terms of impact, in terms of spread, in terms of mortality and associated health costs — will be prioritized in Phase 1B Tier One.”

According to the Vaccine Allocation Planning Tool, which tracks vaccine distribution, nearly 2.4 million people in California fall into the 1A group, all eligible for vaccination before food and ag workers and the other essential workers in the 1B group.

Newsom said the state should begin vaccinating those 75 and older in January, a group of 1.7 million, according to Census data, also in line in front of food and ag workers. However, some people 75 and older will have been vaccinated in the 1A group if they live in skilled nursing or residential care facilities. As of Monday, California had distributed 1.4 million doses of COVID vaccines and had administered 401,000, according to Bloomberg’s vaccine tracker. 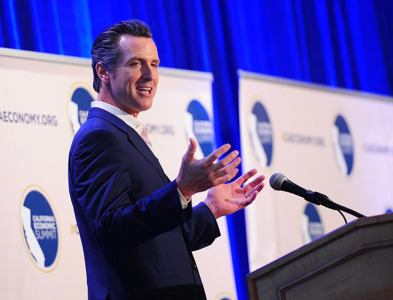 In Colorado, a state where packers have battled numerous outbreaks of COVID-19 that led to fatalities in some cases, farmworkers and employees working in food processing facilities fall under Phase 1B. Those employees are grouped with workers in education, manufacturing, postal workers, public transit and specialized transportation staff, grocery workers, public health and human service workers, and those caring for the homeless. The entire list is subject to further prioritization. Ahead of that long list of front-line essential workers are police, firefighters, correctional workers, those in the funeral business, and those working in pharmacy, hospice, home health, and dental services as well as everyone 70 years of age and older.

Colorado expected Phase 1 of its vaccination priority plan to continue through the winter. A spokesperson for the Colorado State Joint Information Center said “the speed at which we move through the phases will largely depend on the supply of vaccine from the federal government.”

The Vaccine Allocation Planning Tool shows that more than 1.2 million people in Colorado, in addition to those over age 70 who do not fall into the higher risk groups, will be eligible to receive vaccines before food and ag workers. As of Monday, the state had administered 113,000 doses to those in the highest risk categories.

Food, ag industry likely to be priority for vaccine, but timing uncertain
Food and ag workers recommended for next phase of vaccinations

Colorado has already determined that all farmworkers and meat and poultry plant employees, regardless of citizenship or state residency, will be eligible to receive the vaccine in the state. “You do not need to be a U.S. citizen, and you will not need to prove lawful presence to get a COVID-19 vaccine in Colorado. Further, (the Colorado Department of Public Health & Environment) will never share your information for any immigration or law enforcement purposes,” the spokesperson said. “And If they work in Colorado (and live elsewhere), they will be able to get the vaccine in Colorado.”

At this time, it is unclear where farmworkers and meat and poultry plant employees will be vaccinated.

Gary Mickelson, senior director of media relations for Tyson Foods, said the meatpacking giant “has been working proactively with health care experts, including Matrix Medical, on planning and distribution models that could enable the company to get access to a vaccine when one becomes available in a timely manner.”

South Dakota also has a detailed plan for its Phase 1 priority group that includes essential workers in food and agriculture. However, the state has prioritized five subgroups within Phase 1, and food and agriculture workers fall into the last subgroup, Phase 1E. In line ahead of food and agriculture workers in South Dakota are front-line health care workers, long-term care workers and residents, others in health care and public health, emergency medical personnel, law enforcement, correctional officers, anyone with two or more underlying medical conditions, school staff including teachers and college professors, all those age 65 and older, and residents in congregate settings.

Nearly 390,000 people in South Dakota, about 45% of the state’s population, will be eligible to receive the vaccine before food and agriculture workers. As of Jan. 4, South Dakota had administered 27,000 of the 38,000 vaccines it had distributed throughout the state — the highest vaccination rate in the country.

Not all states have plans that are as well defined as Colorado and South Dakota.

Nebraska, which will be following the recommendations of the CDC’s ACIP, has not yet announced plans for Phase 2. Khalilah LeGrand, director of the Office of Communications for the Nebraska Department of Health and Human Services, said, “We're still making determinations and adjustments to the Phase 1B prioritization. Additionally, we have not received definitive vaccine allocation projections for that phase.”

An estimated 151,672 people are considered highest risk and will receive the vaccine prior to those in subsequent prioritization groups, including food and ag workers. As of Jan. 4, about 34,000 Nebraskans had received their first dose of a COVID vaccine and 80,000 doses had been distributed, according to Bloomberg’s vaccine tracker.

Ashley Jones-Wisner, senior director of public affairs for the Kansas Department of Health and the Environment, said her state’s current priority groups are health care workers and long-term care residents. “These initial groups are anticipated to take through January to complete vaccinations. Further details on future groups will be released at a later date,” she said.

As of Monday, the state had administered 20,000 doses out of the 115,000 that had been distributed. That’s about 5% of what will be needed to inject the more than 190,942 people in the top priority group with two doses of a vaccine.