US ag looks for big biotech and poultry wins with China

President Donald Trump’s claim that China is willing to address “agricultural structural issues” in a trade deal has the U.S. ag sector excited that real change may be coming to the U.S-China trading relationship beyond just increased commodity sales.

The U.S. biotech seed industry — as well as all the farmers that depend on genetically modified crops — and the U.S. poultry sector could potentially be two of the biggest beneficiaries.

China’s pledge to make massive new purchases of soybeans and pork are heartening to the U.S. ag sector, but more permanent changes to the country’s restrictive regulatory policies offer long-term fixes to problems that impede billions of dollars in U.S. exports.

Neither Trump nor U.S. Trade Representative Robert Lighthizer went into detail on what changes China has agreed to in the partial “phase 1” deal they said was agreed on last week. But one of those “structural issues,” alluded to by Lighthizer on Friday after two days of talks in Washington with Chinese Vice Premier Liu He, is reform of China’s opaque and lengthy biotech approval process.

“We’re encouraged by the news of the partial deal that includes biotech,” said Andrew Conner, Senior Manager for International Affairs at the Biotechnology Innovation Organization. “China’s regulatory system is broken and the delays are costing U.S. farmers and the economy billions of dollars, so just fixing this issue would be a tremendous win.”

At the heart of the problem with China’s approval procedure is that the country continues to demand that new biotech traits go through the entire approval process elsewhere before Chinese officials even begin to study it. That delays for years when American farmers can start planting seeds with a new trait or export the crop.

The U.S. has been after China to change its “asynchronous” approval process for years and agree to begin studying traits at the same time as other countries around the world.

So, when Lighthizer said Friday that the negotiators “corrected biotechnology issues” and the deal would make it much easier for “American farmers to be able to ship to China, it prompted cheers from BIO, which tweeted: “We look forward to seeing the details of the agreement and working w/ the administration on implementation.”

Chinese approval is far more than just assuring access to China for U.S. corn and soybeans. It also means approval for planting in the U.S. because seed companies usually won't commercialize products at all without first getting the nod from Beijing. Once a trait is introduced in U.S. fields, it can end up inadvertently in supplies shipped to China, risking the potential for massive rejections of U.S. shipments.

“What this could mean, if it’s resolved, is farmers having access to new technology that can help increase their productivity, reduce their costs and bring billions of dollars to the U.S. economy,” Conner said. “But for that to happen, China needs to commit to systemic change and implement a predictable, timely, transparent and science-based biotech crop approval process.” 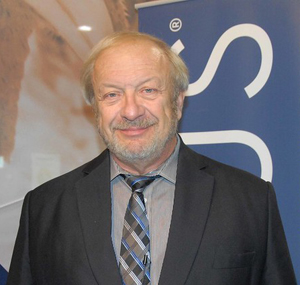 American chicken producers are also hopeful that a deal with China includes both an end to China’s poultry ban and an agreement to accept a regional approach to banning the bird meat in the event of a disease outbreak.

China has kept a blanket ban on all U.S. poultry for years after an outbreak of avian influenza — long past any sign of the virus — and that means U.S. producers are losing hundreds of millions of dollars every year, says U.S. Poultry and Egg Export Council President Jim Sumner.

China is a relatively unique market that buys large amounts of chicken paws, a product that mostly goes into rendering in the American market.

“The opening of China — even if it was just for chicken paws alone … would increase the bottom line of U.S. chicken companies by $835 million per year,” Sumner told Agri-Pulse.

But U.S. producers want to sell more than just chicken paws to China, said Sumner. The country, which is dealing with a severe outbreak of African swine fever, is importing a lot more than just pork to make up for the lack of protein as it kills its pigs to try to halt the spread of the virus.

So far, countries like Brazil, Argentina and Thailand have cashed in the biggest on China’s increased demand for poultry. A new USAPEEC analysis shows China’s poultry imports in the first eight months of 2019 have risen by 48%.

“They are buying anything and everything they can find,” Sumner said. “We would certainly like to be a part of that.”

Details of the trade deal are still dependent on both countries working out the remaining issues.

Trump has said he would like the deal to be ready to sign when both he and Chinese President Xi Jinping are together in Chile next month to attend an Asia-Pacific Economic Cooperation summit.

“What I will tell you is we made substantial progress last week in the negotiations,” Treasury Secretary Steven Mnuchin said in a CNBC interview on Monday. “We have a fundamental agreement, it is subject to documentation, and there’s a lot of work to be done on that front.”