The approach uses real-time monitoring of those species, replacing decisionmaking based on the calendar year, according to the administration.

Environmental groups and other critics immediately denounced the report as trading fish protections for water to farmers so President Donald Trump could deliver on a campaign promise.

Ag groups saw the changes as adding flexibility to the operations, updating the science and restoring balance to a process that tilted in favor of fish after the release of the first biological opinions in 2008.

California’s congressmembers were cautious, however. Four Central Valley Democrats and Senator Dianne Feinstein issued a statement saying they are still examining the document and will continue working to invest in California’s water needs and habitat restoration.

Gov. Gavin Newsom’s administration had not responded to the report at deadline.

Read the full report on the biological opinions and the responses in the Agri-Pulse West Newsletter hitting inboxes this morning.

The State Water Board applies this rule to its wetlands definition, which includes dredge and fill activities on farms, and to waste discharges from agriculture and other industries.

In a statement, Becerra said the proposed change would limit state powers in regulating water quality and would benefit polluters. Becerra joined 22 other states in submitting a comment letter to the EPA.

The State Water Board actually held a meeting yesterday to discuss CWA Section 401 and how to streamline 401 permits on restoration projects.

Becerra also announced two more states had joined his lawsuit over three rule changes to the Endangered Species Act. Minnesota and Wisconsin are now part of the suit, which charges the administration acted unlawfully by allowing consideration of economic impacts in ESA processes and expanding exemptions from critical habitat. “Now is the time to strengthen our planet’s biodiversity, not destroy it," Becerra said. 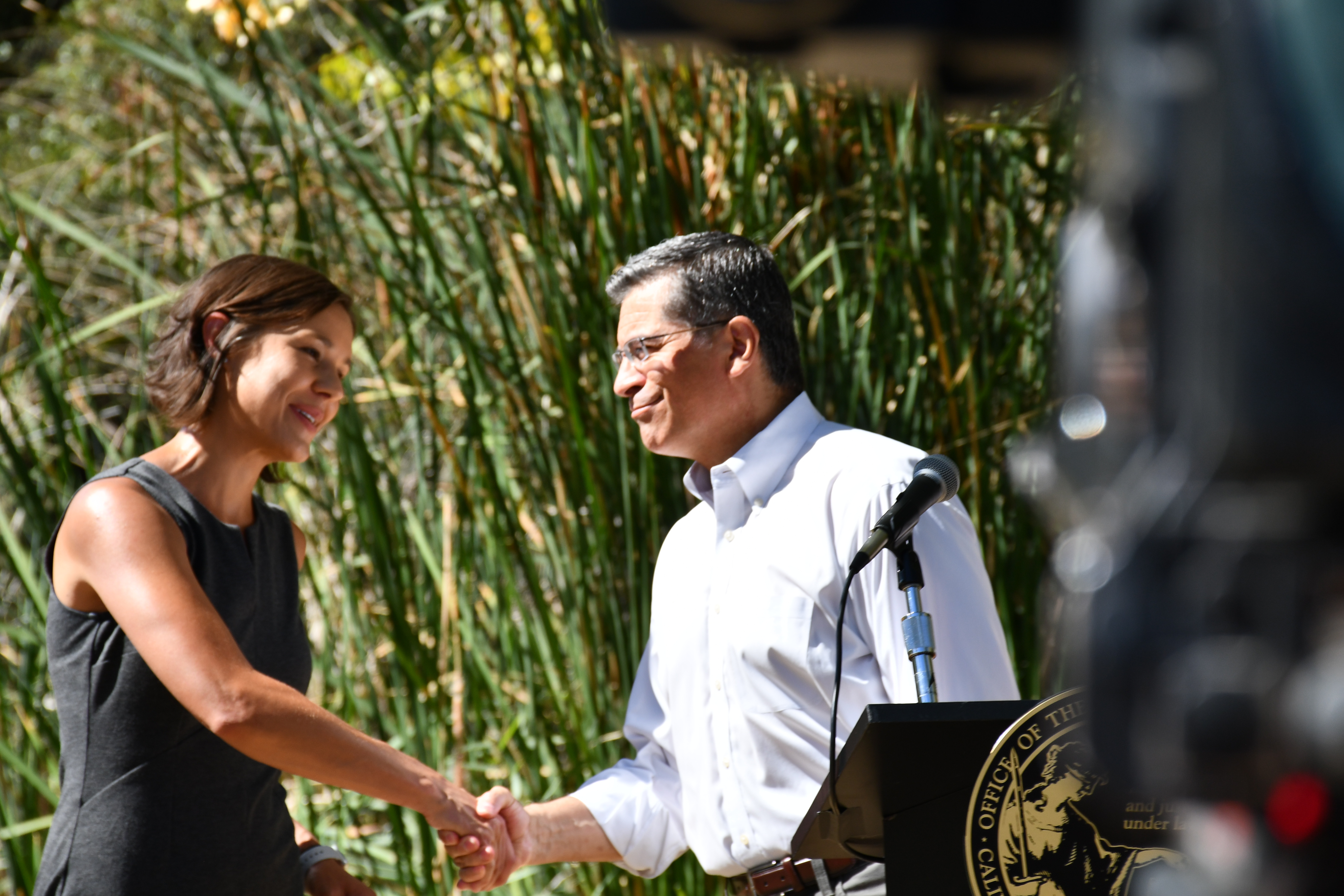 Democratic Rep. Josh Harder yesterday encouraged the House Select Committee on the Climate Crisis to consider farmers as “equal partners” in its policy proposals. The committee is slated to offer a series of proposals to counter the climate crisis in March 2020. Harder offered a number of policy recommendations to accomplish this.

He asked for investments in incentives and technologies to help farmers meet the state’s strict standards on emissions and water use. He recognized the energy commission for granting $740,000 to Blue Diamond Growers for energy efficiency upgrades. Harder also urged more support for conservation programs like EQIP, which awarded grants to more than 200 farmers in his district last year for sustainable projects in dairy waste, irrigation and crop rotation.

“Farmers are on the front lines of the climate crisis,” he said in a statement. “But they’re often treated like a part of the problem rather than a part of the solution.”

House Democrats continue to say they are making progress in negotiations with the Trump administration over the U.S.-Mexico-Canada Agreement, but time is running out for a deal this year, says Senate Finance Committee Chairman Chuck Grassley.

“I think it’s fair to say that the clock is ticking,” said Grassley. “Time’s running out and I’m going to urge Democrats in the House to move quickly. … Until now, I haven’t been inclined to do that, but I’m getting worried.”

Grassley and other ardent USMCA supporters have warned that if the pact isn’t ratified this year, it will get pushed aside in the 2020 election year.

What’s next: House Ways and Means Chairman Richard Neal, in charge of negotiating changes to USMCA, tells Agri-Pulse he’s making progress, but there’s still much to do. Neal and other House Democrats are scheduled to meet again today with U.S. Trade Representative Bob Lighthizer to discuss altering USMCA.

For more on the state of play for USMCA, check out the Agri-Pulse newsletter hitting in-boxes today.

Feds crack down on CBD marketing

FDA and the Federal Trade Commission are warning a Florida company to stop making unsubstantiated health claims about its CBD products.

The warning comes as CBD products have been proliferating in stores throughout the country. FDA is currently working on regulations the industry has requested to provide a legal pathway to use CBD in food, beverages and dietary supplements.

Rooted Apothecary LLC, of Naples, Fla., received a warning letter from the agencies “for illegally selling unapproved products containing cannabidiol (CBD) online with unsubstantiated claims that the products treat teething pain and ear aches in infants, autism, attention-deficit/hyperactivity disorder (ADHD), as well as Parkinson’s and Alzheimer’s disease, among other conditions or diseases,” the federal agencies said.

The company has 15 days to respond to the allegations.

USDA’s inspector general will look into whether the department has deliberately chosen not to publicize its climate research and whether the relocation of the Economic Research Service and National Institute of Food and Agriculture has had an impact on climate change research.

In a letter announcing the probe, IG Phyllis Fong said her office’s goal for the report “is to determine whether changes in policy and/or processes impacted the publication of scientific reports, documents, and/or communication of USDA's research results during fiscal years 2017 [through] 2019.”

Her agency will also “analyze the impact of any changes in resources, staff, and staff experience levels on the publication of research results during this period,” she said.

The background: Maine Democratic Rep. Chellie Pingree, who had called for an IG investigation along with more than a dozen senators, said allegations that the Trump administration “has suppressed USDA research which could help us mitigate the impacts of climate change raise very serious concerns.”

The lawmakers asked for the inquiry after Politico reported in June that only two Agricultural Research Service studies related to climate change had been publicized since the beginning of the Trump administration, while at least 45 other climate change studies had not.

Seed and chemical giant Syngenta has announced plans to invest $2 billion toward new technologies that will help farmers deal with climate change and reduce greenhouse gas emissions. The company provided few details about the plan but said the money will go towards developing programs with "clearly differentiated benefits or breakthrough technologies."

Syngenta also has undertaken a multi-year collaboration with The Nature Conservancy to identify and test new innovations and technology. “Achieving conservation at scale will require bold action from the private sector,” said Sally Jewell, a former Interior secretary who now serves as TNC’s CEO.

But, but but: Syngenta CEO Erik Fyrwald and his leading competitors fear that regulators around the world may not allow important new biotech crop traits to get to market. Read more about that in this week’s Agri-Pulse newsletter.

“It’s like a dial-up service it’s so bad… We need to be connected. Somehow the rural economy has been left out of the picture.” – Don Cameron, testifying in Congress yesterday about the need for rural broadband and other farming technologies.

Cameron is a Fresno County farmer and chairs the State Board of Food and Ag. He spoke on behalf of the California Farm Bureau.