Gov. Gavin Newsom’s administration began steering state and federal water projects into uncharted territory yesterday. He promised a lawsuit against the federal government over the biological opinions governing species protections and pumping from the delta.

The administration also unveiled a plan to secure a long-term permit for the State Water Project and redeploy it as a counter measure to any pumping performed by the federally run Central Valley Project.

Newsom argued the federal opinions are “not scientifically adequate and fall short of protecting species and the state’s interests."

Bureau of Reclamation Commissioner Brenda Burman was disappointed with the decision, saying the plan breaks up a longstanding relationship between state and federal agencies. As far as the lawsuit, she said: "If that’s their choice, we’ll see them in court.”

It is unclear how officials operating two water projects in sync for decades will be able to manage the systems under different flow patterns as well as an ambiguous legal framework that now pits the federal Endangered Species Act against a California extension of that law.

Read the full report on the Newsom plan at Agri-Pulse.com.

By the way: The administration authored an accompanying op-ed saying it is still pursuing negotiations over the Voluntary Agreements for flows to the Bay-Delta. The administration has often touted the VAs as a promising alternative to the status quo of years-long legal battles over water. California Citrus Mutual countered that a lawsuit over the biological opinions, however, “will arguably derail the progress made” with the VAs.

Delta smelt, an endangered fish related to the biological opinions

A number of House Republicans, including several from the Central Valley, introduced yesterday the Water Optimization for the West Act, or WOW, which offers several provisions to free up more water for California farmers.

The bill’s author, California Rep. Tom McClintock, called western water policy a “bureaucratic nightmare designed to delay and deny the storage, delivery and use of our abundant water by farmers and residents.”

His WOW Act would repurpose California’s unspent high-speed rail funds to use for building and upgrading water storage projects. The bill would also repeal and replace the San Joaquin River Settlement Act of 2006, which limited flows from the Friant Dam to support ecosystem conservation.

The measure builds on the new biological opinions for the State Water and Central Valley Water Projects. Responsibility for administering the Endangered Species Act would be transferred from the National Marine Fisheries Service to the Department of Interior’s Fish and Wildlife Service. The bill would also grant the Bureau of Reclamation responsibility over environmental reviews on water storage projects.

Federal and state health officials are investigating yet another outbreak of illnesses caused by E. coli bacteria and linked to romaine lettuce. Seventeen people have gotten sick and seven have been hospitalized, the Centers for Disease Control said.

FDA said two products recalled contain romaine lettuce from the same lot. In one of the recalled products, a chicken Caesar salad, FDA has identified possible farms in Salinas, Calif., as the source. 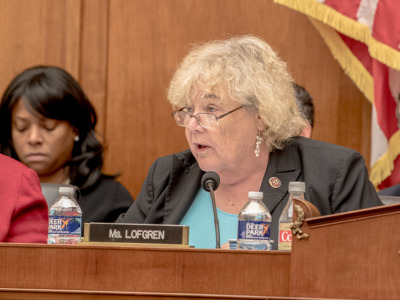 The lead Democratic sponsor on a bill that would expand the H-2A farmworkers visa program says she expects it to be on the House floor in December.

The House Judiciary Committee approved the Farm Workforce Modernization Act on a party-line vote Thursday. The bill has GOP co-sponsors, but it was a non-starter for Republicans on the committee because it would provide a legal path to society for existing workers who are undocumented.

The path ahead: California Democratic Rep. Zoe Lofgren, who co-sponsored the bill with Rep. Dan Newhouse, R-Wash., told Agri-Pulse there would be time before the floor vote to find ways to address some issues raised during the committee debate.

She didn’t go into specifics, but the American Farm Bureau Federation is seeking amendments to further reform the H-2A wage rates and to limit the ability of workers to take grievances to federal court.

Keep in mind: Lofgren said there have been discussions with senators on both sides of the aisle. But a leading GOP critic of the bill, Florida Rep. Ted Yoho, insists the bill is doomed in the Republican-controlled Senate.

“They’ve made strides to do some things that are good. The biggest thing is that it allows people who are here illegally to get a green card and then move into citizenship. This is something that has always blocked” passage of immigration reform, he told Agri-Pulse.

Listen to the entire Yoho interview starting this Sunday on Agri-Pulse Open Mic. 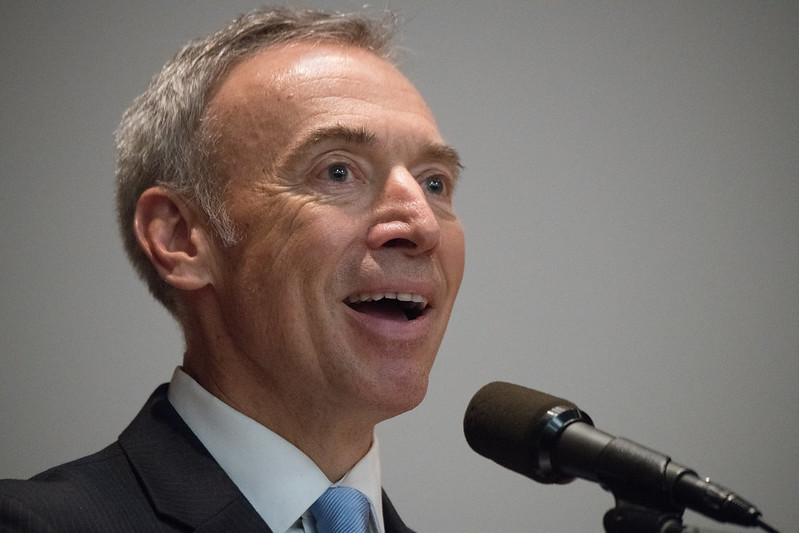 USDA has come under fire for allegedly downplaying the issue of climate change, which President Donald Trump once called a “hoax.” But Deputy Agriculture Secretary Steve Censky made addressing climate change the focus of an address Thursday to the annual Sustainable Agriculture Summit in Indianapolis.

Censky said it’s critical for U.S. agriculture to focus on “sustainable intensification” as the way to increase food production while reducing carbon emissions and adapting to climate change.

He also said the department plays “a key role in helping farmers to become more resilient and to implement climate smart agriculture practices. … USDA aims to provide the science-based knowledge and practical information and tools to allow producers to meet region-specific challenges when it comes to climate.”

Take note: Censky specifically cited the importance of USDA’s regional climate hubs, which were formed by the Obama administration to assist farmers in climate adaptation.

Ag retailers are cheering a significantly scaled-down version of EPA’s Risk Management Program, which addresses the safety of chemical and industrial facilities.

The Agricultural Retailers Association praised the agency’s elimination of requirements to examine safer or alternative technologies, conduct post-accident third-party audits and “root cause” analyses. Those changes “will save the industry tens of millions of dollars with no adverse impact on safety,” ARA said.

EPA said it was rolling back the Obama administration rule, prompted by the 2013 West Fertilizer explosion and fire in Texas, in part because that blast was caused by arson instead of being an accident.

“Food security is not only national security; it is indeed a world security issue.” – Deputy Ag Secretary Steve Censky, speaking at the Sustainable Agriculture Summit about the need to address climate change.