Rural power systems plug into renewables, while keeping costs down

With technology in solar and wind power rapidly advancing and costs per megawatt falling, America’s rural areas are well into a shift away from coal toward renewable energy sources that appear increasingly attractive long term.

Keep in mind that this country’s electrical power is mostly a rural American product, whether generated from hydroelectric, nuclear, coal, or natural gas plants, or from a field of wind turbines or a hillside of solar panels.

Although President Donald Trump has often pressed for federal support of coal miners, and though the Environmental Protection Agency is planning to roll back regulations on coal ash storage and emissions of toxic heavy metals into waterways from coal-fired power plants, the Federal Energy Regulatory Commission, in a newly updated three-year outlook for electric power production, projects shrinking generation from fossil fuels through 2022.

In its table listing "proposed additions under construction" and "proposed retirements" for all major electrical power sources, FERC notes there are no coal-fired facilities being built in the U.S., and while a net gain in generation of about 20 gigawatts from natural gas is expected, that increase would be more than offset by a net loss of 22 gigawatts from coal and oil generation. Nuclear power generation also is expected to slip, with net gains in power generation coming in wind and solar power, FERC says.

That puts U.S. rural power in step with the world as the global transition into green energy accelerates: a recent International Energy Agency forecast projects renewable power capacity to grow by 50% by 2024, with solar photovoltaic representing up to 60% of that growth.

That trend is strengthened as the cost per kilowatt of generating with coal rises. According to the Energy Information Administration, inflation-adjusted coal prices rose in most of the western United States by 25% to 50% from 2010 to 2017.

A 2018 case study by the Rocky Mountain Institute of electric power investment in the West, for example, claims that “long-term fixed prices available today for new wind and solar projects entering service in the early 2020s can outcompete just the operating costs of many existing coal assets, let alone the costs to build and run new coal- or gas-fired generating capacity. 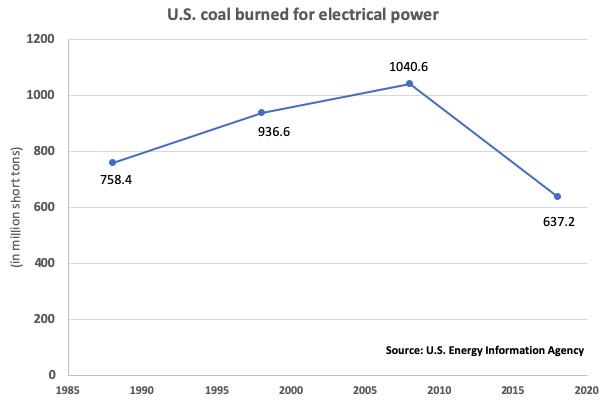 “This rapid transition has caught many utilities by surprise,” the RMI report says. RMI promotes energy conservation and renewable energy.

The RMI report suggested, for example, that Tri-State Generation and Transmission (G&T) Association, which supplies power to 43 rural electric member cooperatives and other local public power systems in four states of the West, could save $600 million through 2030 by transitioning to renewable energy technologies, replacing coal power generation.

In fact, that’s where Tri-State appears headed. It is now preparing its second mammoth solar farm, the Spanish Peaks Solar Project: 300,000 photovoltaic cells, to generate 100 MW of electricity when finished in 2023. Further, it expects to start running a 104-MW wind farm in eastern Colorado next year, bringing its total wind power output to 471 MW.

So, already, the big G&T whittled down coal’s share of its power output to 47% by last year, says Lee Boughey, Tri-State senior communications manager. Meanwhile, renewables contributed 30% of its power in 2018, compared to 17% in 2009, he reports.

Tri-State isn't alone in the rural electric co-op sector in moving toward renewable energy. In some cases, one or more small distribution cooperatives join in a “community solar” project, making the investment much more economically attractive than a single small project might be.

North Carolina Electric Cooperatives and its local electric cooperatives, for example, got four USDA Rural Energy for America Program grants a few years ago to install 2-MW solar projects at 11 of it cooperative service areas. The total cost of the projects is about $5.1 million, with the grants covering about 20% of that, NCEC says.

Coal use is falling relatively fast across the 62 G&Ts and 831 distribution cooperatives that are members of the National Rural Electric Cooperative Association - dropping from 54% of power generation overall in 2014 to 40% in 2017, reflecting the decline in coal-fired generation that has taken place nationally through 2018. 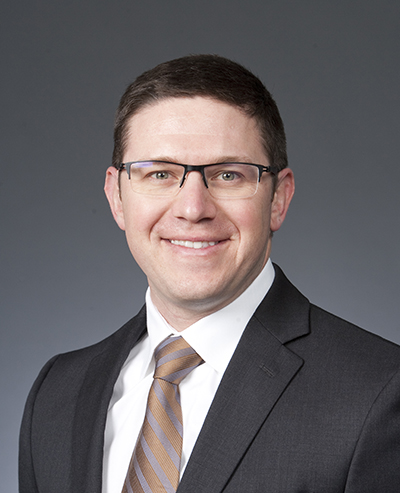 Tom Binet, a senior economist for CoBank, which has a $2 billion-plus loan portfolio for rural power, says the bank lends to electric co-ops, municipal power entities and IOUs. Nearly all significant investments in big wind and solar farms are by the private, public power and cooperative G&Ts, not local area systems, he said.

“We work with quite a few investor owned utilities,” Binet says, “and when you (read) the headlines on any given day it’s like you see a new wind farm announcement or solar farm announcement by an IOU somewhere in the country.”

Here’s his snapshot of demand for CoBank loans for renewable power projects: Volume swelled by 111% from 2015 to 2018, and it accounted for 18% of CoBank’s total infrastructure loans portfolio in 2018, doubling as a share of loans in three years.

Binet notes that, with long-term economics of renewable power improving, IOUs are enticed by the federal investment tax credit to invest in solar and by the production tax credit to consider wind power.

One IOU on the green energy track is Xcel Energy, a consolidated utility serving an eight-state swath of middle America. It still burns coal and natural gas for about three-fourths of its output in Texas and New Mexico, near sources of those fossil fuels. But, system-wide, the share dropped to 62% last year, leaving 38% “carbon free,” Xcel reports. Across its northern service region - Michigan, Minnesota, North Dakota, South Dakota and Wisconsin - fossil fuels account for just 44% of generation, while renewables, including biomass fuels, deliver 26%. Nuclear power accounts for the remaining 30%.

Similar trends have emerged in the public power (municipal) systems, which operate largely in rural communities. Of the American Public Power Association’s 2,000 members, 84% serve communities with less than 10,000 in population.

Since 2007, APPA has called for reducing carbon emissions among its members since 2007. Sue Kelly, APPA's president, declared at its summer convention, “We cannot continue to just keep the lights on and the beer cold.” She encouraged members to continue stepping up to the needs for new investments, new choices in technology, employing third-party experts and partnerships for R&D and investment.

Delia Patterson, APPA’s senior communications vice president, said that municipal systems, which own 10% of U.S. power generation, cut their carbon emissions by 33% from 2005 to 2017, according to U.S. Energy Information Agency data.  That reduction doesn’t include renewable power that members may buy from G&Ts in purchase power agreements, “so we’re ahead of the curve,” she said.

Meanwhile, some proponents of renewable energy say that long-term coal contracts are preventing G&Ts and distribution systems from shifting to wind and solar, even with the government loans and grants and tax exempt financing available.

A recent report by RE-AMP, a coalition of advocates for green energy and local electric distribution co-ops, said that “rural electric cooperatives’ loyalty to coal is holding rural America back.”

Some distribution co-ops that are Tri-State members are frustrated with that G&T’s long-term coal contracts, the report says. Liz Veazey, who co-authored the RE-AMP report, acknowledges that Tri-State, at its G&T level, is building big wind and solar projects. However, she says some of its member co-ops “are trying to get buyouts (from coal commitments) from Tri-State, but they’re facing challenges.”

Veazey points to a new design of small hybrid system, combining a 2-MW wind generator and a 500 kilowatt solar array. It was installed this year by a Lake Region Electric Cooperative in western Minnesota, replacing part of its higher-cost power supply.

Clay Norrbom, managing director of Juhl Clean Energy Assets, the project's installer, said the total cost of about $4.5 million included no federal or state grants and that the modest-sized system is expected to save the local co-op $150,000 a year in operating costs.

Veazey says too many co-op boards “get information from their G&Ts that renewables are really expensive.” But projects like the Lake Region one “are telling the story,” and she thinks many “rural electric co-op member owners don’t know that … they’re getting a bad deal on some of this high-priced fossil fuel power.”

Meanwhile, one Democratic presidential candidate is making an issue of the co-ops' coal contracts.

Sen. Elizabeth Warren’s campaign proposal says “too many (co-ops) are locked into long-term contracts that make them dependent on coal and other dirty fuels for their power.” She would “write down debt and restructure loans to (escape) long-term coal contracts, and provide additional low- or no-cost financing (from USDA) for zero-carbon electricity generation and transmission projects for cooperatives.”

And what about all of the coal miners, truckers and others in rural areas whose jobs are dependent on traditional energy sources? Warren says she will provide "job training and guaranteed wage and benefit parity for workers transitioning into new industries." For those who choose not to find new jobs, she'll ensure "full financial security, including promised pensions and early retirement benefits."

Next week: A look at government grants and loans supporting renewable energy and recent laws and proposed regulations that could help or hurt progress toward renewables.