A bipartisan group of lawmakers is trying to put ag labor reform on the congressional agenda. The group, led by California Democrat Zoe Lofgren, will release a bill today that would provide a path to legalization for current workers while also ensuring a future flow of new foreign workers.

Details of the Farm Workforce Modernization Act haven’t been released but the program would expand on the existing H-2A visa program by allowing producers to bring in year-round employees, a change that would particularly benefit dairy farms.

But one industry source said the bill isn’t quite as good from agriculture’s perspective as the Senate’s 2013 immigration reform bill, which featured an historic compromise between the United Farm Workers and farm organizations.

What’s next: Getting the bill through the House could be the easiest part. Lofgren chairs the House Judiciary Committee’s immigration subcommittee and has had this measure in the works for months, and she’s got important groups behind her. The news conference today will include representatives of UFW, as well as the National Milk Producers Federation and the National Council of Farmer Cooperatives.

But it’s not at all clear that the bill can get White House support. Plus, the impeachment battle in the House won’t make it easy to enact anything of substance in the coming weeks. 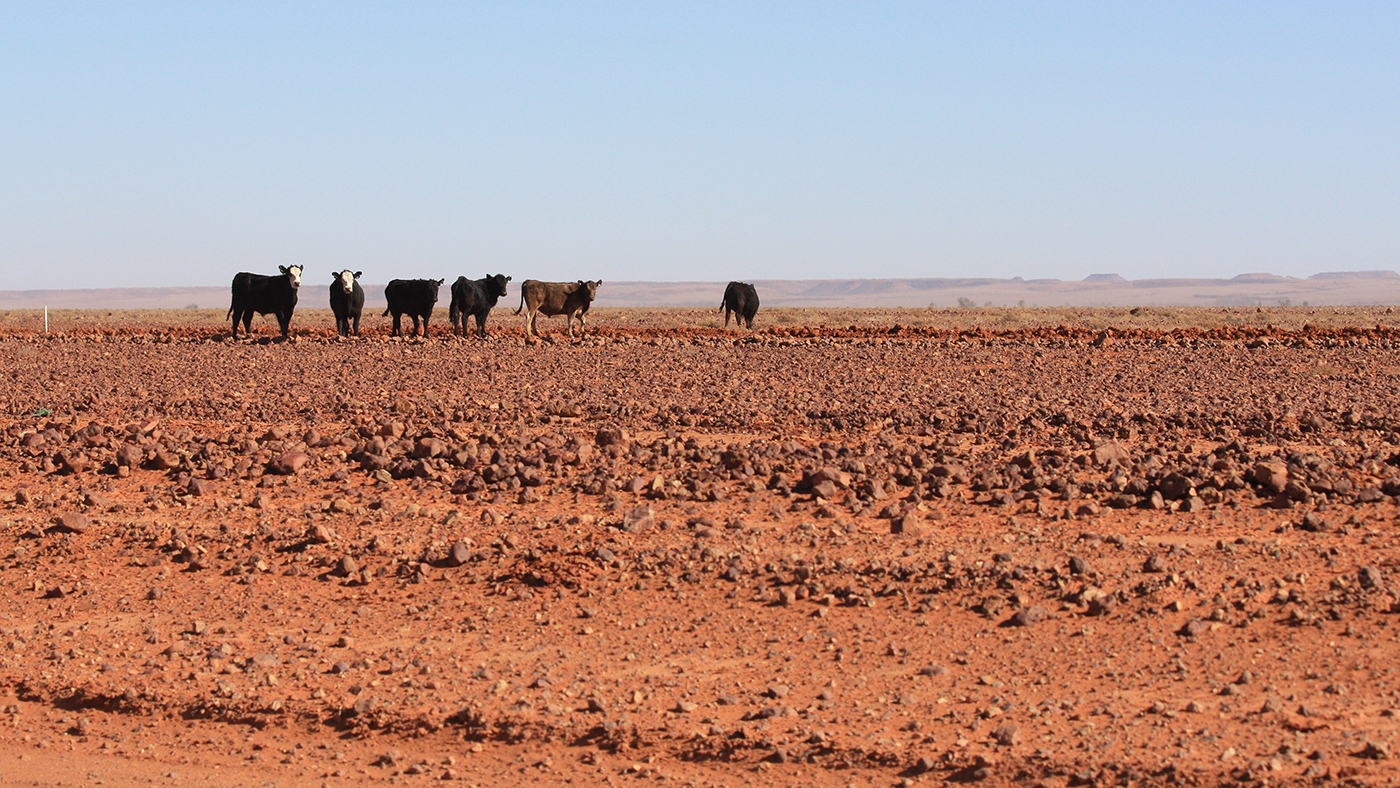 Dairies close during drought, while Almond Board defends growers – but it’s not California

Western Australia is facing the continent’s severest drought since records began more than a century ago. As rivers dry up, the Murray-Darling Basin lost a third of its dairies this year, reports The Sydney Morning Herald. Rice acreage has also shrunk, along with the amount of jobs.

Almond growers are outbidding other irrigators and have taken blame for exacerbating the issues. Yet the Almond Board of Australia asserts the “industry wants to maintain broad-based agriculture” in the region.

Remember: Australia shares a Mediterranean climate with California and just three other regions in the world. This year, Australia’s almond industry increased its exports to China by 2,000 percent, while U.S. shipments are down by 40 percent due to the trade war.

The annual report details the progress of CDFA’s Antimicrobial Use and Stewardship (AUS) program. CDFA is monitoring the use of antibiotics in livestock and restricting the medicine to therapeutic purposes only, hoping to avoid any resistance that could carry over to human patients.

AUS has surveyed ranchers about animal management practices and antibiotic sales, use and resistance, while also gathering bacteria samples to track over time. It found 4% of sheep and 11% of dairy calf operations use antibiotics to prevent diseases, though 90% was to treat individual sick pre-weaned calves.

AUS also set guidelines for veterinarians and helped the department enact regulations on drug licensing, while engaging in a broad outreach campaign with industry and backyard poultry owners.

Former Gov. Jerry Brown signed the AUS measure into law in 2015 and the program officially launched in Jan. 2018.

House Dems to meet on USMCA

The group of House Democrats chosen to liaison with the White House over demands for the U.S.-Mexico-Canada Agreement is tentatively scheduled to meet today with U.S. Trade Representative Robert Lighthizer as time runs short to get a deal this year.

House Ways and Means Committee Chairman Richard Neal, who is also the leader of the working group, said last week only a few more meetings with Lighthizer would be needed, but concerns remain that the Democrats aren’t moving fast enough.

In other USMCA-related news, Rep. Bill Pascrell, D-N.J., is hosting a briefing tomorrow to get the input of union officials on the trade pact. Cathy Feingold, international director for the AFL-CIO, and Benjamin Davis, international affairs director for United Steelworkers will be present, along with Pascrell and Rep. Rosa DeLauro, D-Conn. 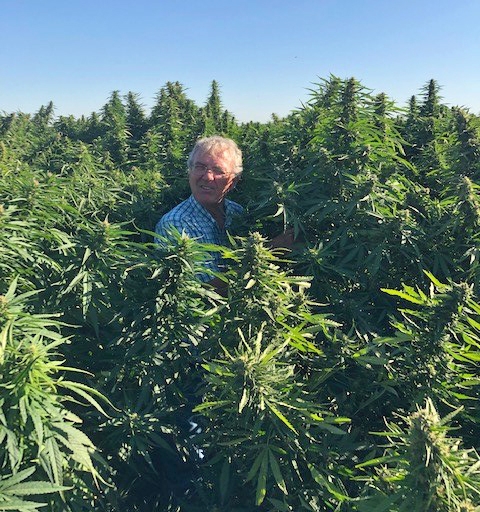 UC Cooperative Extension Specialist Bob Hutmacher stands in the first hemp crop harvested by UC ANR for “research purposes.” He discovered it’s certainly not a pest- and disease-free plant, as some believe.

USDA’s new interim final rule for hemp will take effect Thursday when it’s published in the Federal Register. In the meantime, USDA will be taking comments on the regulations, which establishes procedures for tracking and testing of hemp and facilitate interstate transportation of crops.

Read more about the rule here and in the newsletter.

On that note: Fresno will host the California Hemp Expo on Nov. 5, with workshops, presentations and networking opportunities for growers and manufacturers.

U.S. agricultural exports to Mexico, buoyed by the North American Free Trade Agreement, have grown by 48% over the past decade, and trade is expected to continue to increase as the middle class there grows, according to a new report from USDA’s Foreign Agricultural Service.

About 30% of Mexican households are expected to rise to the middle-to-high income level this year, boosting spending on high-priced foods such as meat, dairy and tree nuts and placing more demand on imports from the U.S. 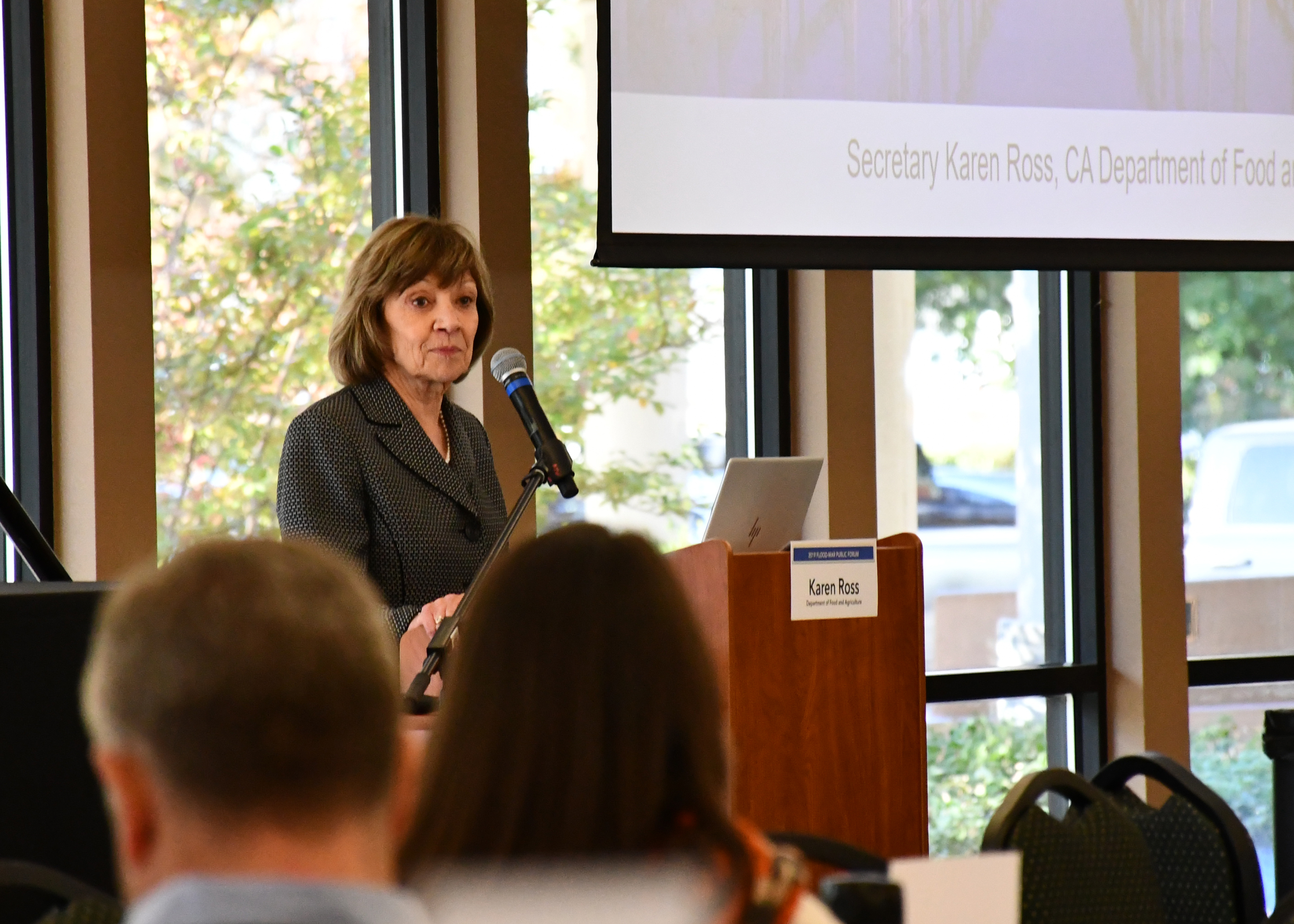 “As we think about our climate change policies, including using some of those cap-and-trade auction proceeds to invest in agriculture, the next chapter of our climate programs will be all around natural working landscapes.” – CDFA Sec. Karen Ross, in a speech about the role of the Flood-MAR program in the governor’s Water Resilience Portfolio.

Read more our report on Flood-MAR in the Agri-Pulse West Newsletter hitting inboxes this morning.