Read the full report on the bipartisan reform bill released yesterday at Agri-Pulse.com.

The lead author of a landmark ag labor bill unveiled Wednesday says she’s already been talking to senators on both sides of the aisle about moving the legislation in that chamber. But first, California Rep. Zoe Lofgren has to get the bill out of the House.

Lofgren, who chairs the House Judiciary Committee’s subcommittee on immigration, says she’s talking to the chairman of the full committee, Jerry Nadler, about scheduling a vote on the legislation, but doesn’t have a date yet.

“This is a good faith effort. it’s a good product and good progress,” Lofgren told reporters after a news conference with some of the farm organizations that support the bill and the bipartisan group of House members who are co-sponsoring it.

Keep in mind: The big question is whether the White House can be persuaded to support a bill that would offer legal status to farmworkers who are now in the country illegally. That’s a big reach for many conservatives.

And the American Farm Bureau Federation isn’t supporting the bill yet, which could provide cover to the bill’s critics. “We would love to get their support, of course,” Lofgren said of AFBF.

Take note: The bill, which has 44 co-sponsors, including 20 Republicans. offers some big wins to farmers because of its expansion of H-2A to year-round workers and caps on wage rates. The United Farm Workers is backing the bill because it would legalize existing employees. 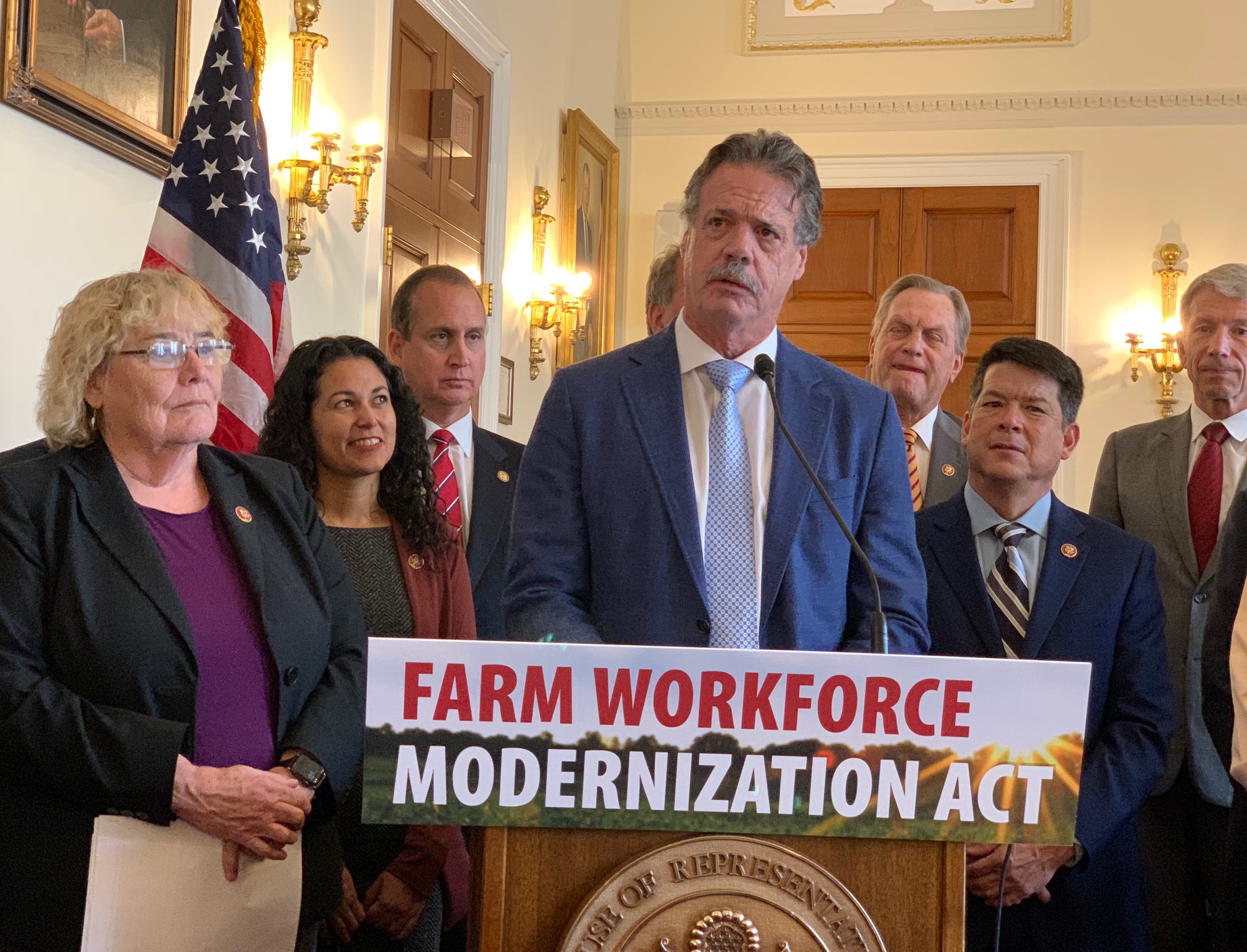 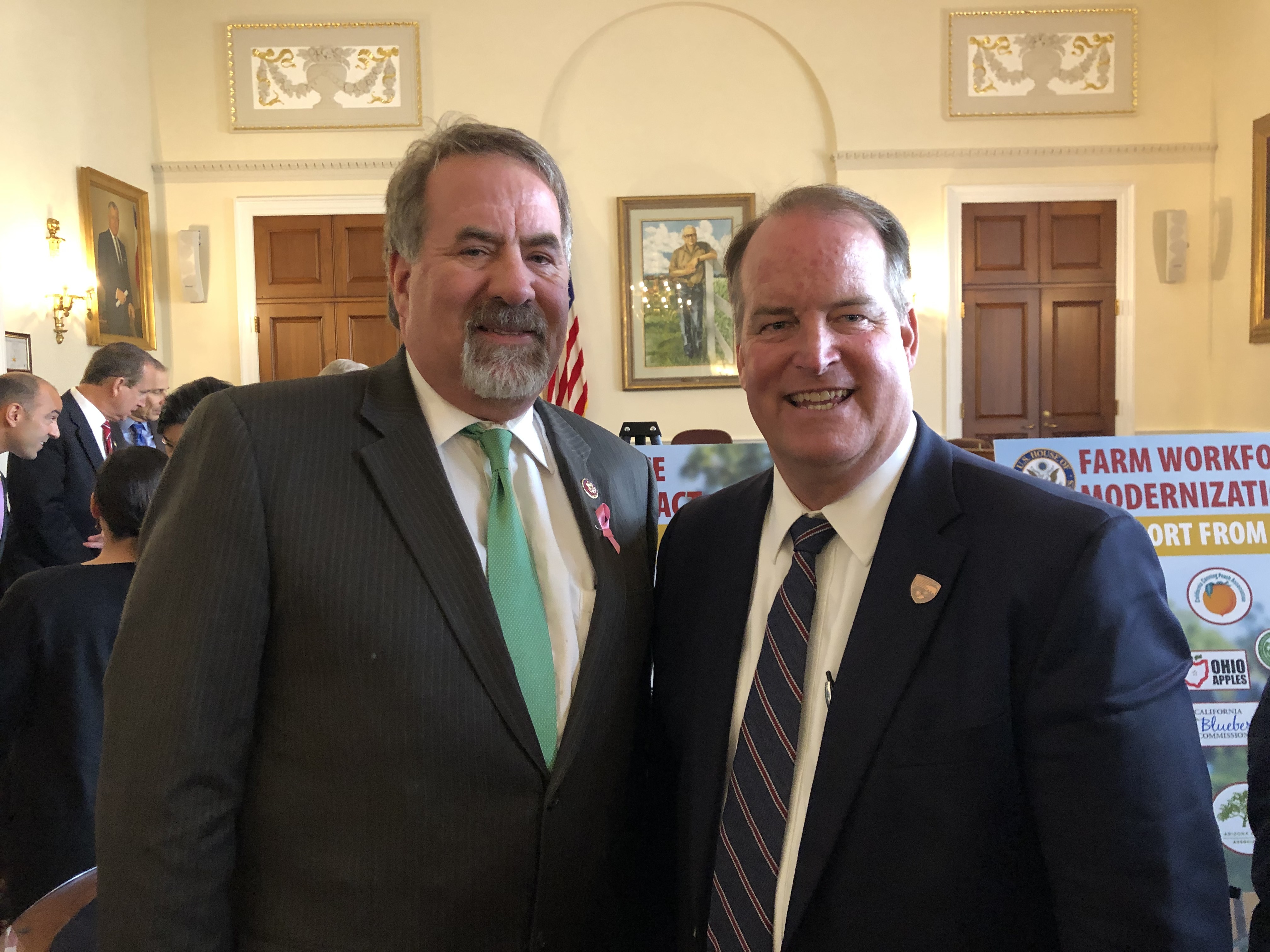 California ag groups, members of Congress on board with ag labor bill

Western Growers CEO Tom Nassif told Agri-Pulse, “It's been a real labor of love to get a bill that agriculture and worker advocates, as well as Rs and Ds, support.” Nassif said that despite California’s rising minimum wage and other farm labor laws, putting a cap on yearly adverse wage rate increases would benefit farmers in the state. He cautioned that housing will still be an issue here, but this bill would help with construction and eligibility for farmers with other federal programs. California Citrus Mutual called the bill critical to sustaining the industry.

California Senator Dianne Feinstein was also in support of the bill, saying in a statement that it is long overdue. Along with Lofgren, several Central Valley democratic representatives signed on as co-authors. 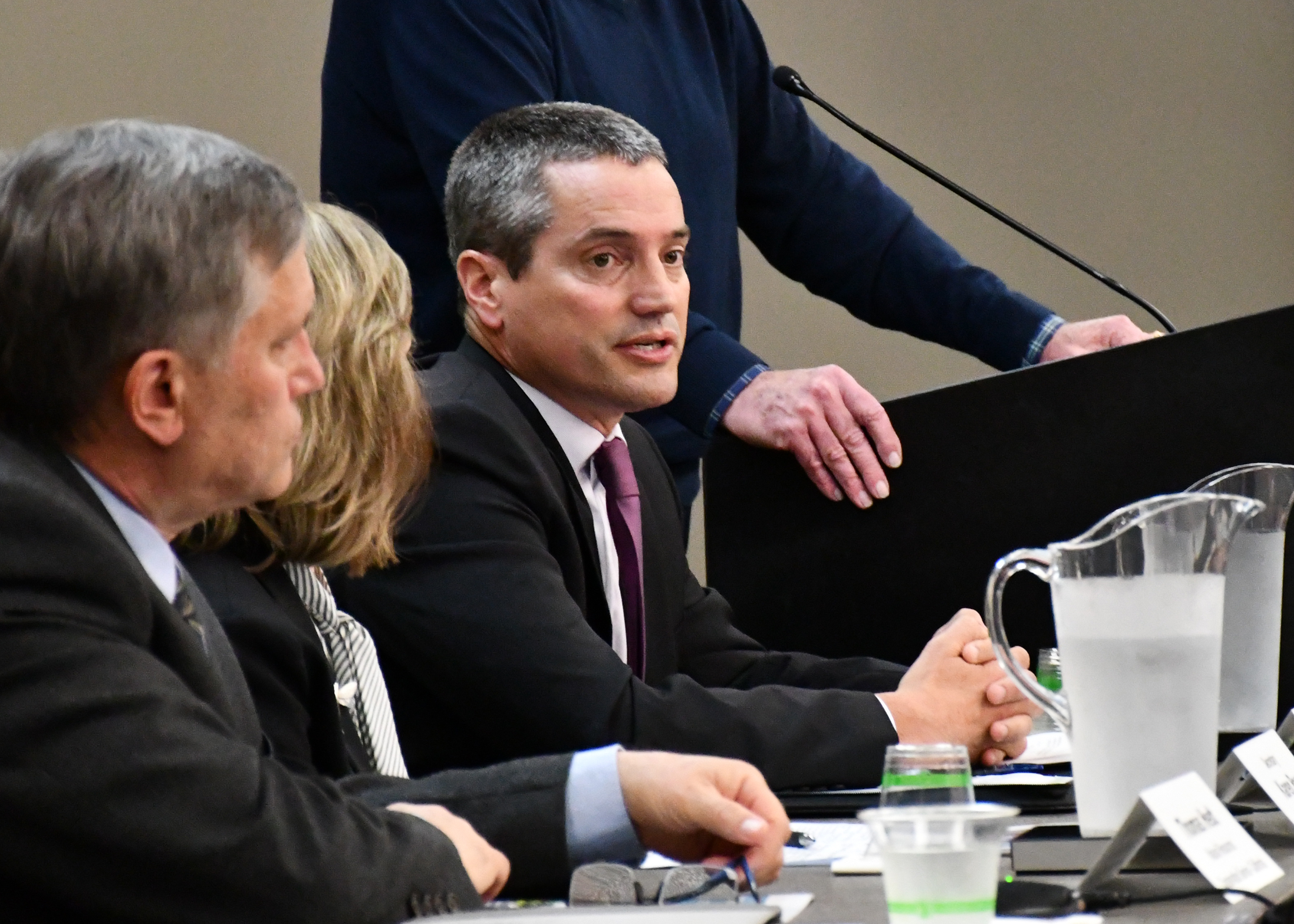 In a speech at a water summit yesterday, Natural Resources Secretary Wade Crowfoot spelled out the core pillars of Gov. Newsom’s Water Resilience Portfolio, mentioning a public draft will be released “later this year.” Yesterday, Portfolio Director Nancy Vogel shared in a notice that the draft is being finalized. CDFA Sec. Karen Ross had earlier told Agri-Pulse the administration was aiming for early October.

Just as the Sustainable Groundwater Management Act established local agencies to manage and coordinate stakeholders, the Portfolio will offer “a set of tools” to support local leadership, Crowfoot said. Projects benefiting the environment and disadvantaged communities in addition to agriculture and cities will be prioritized. Crowfoot shared four core tenets:

Enhance our natural systems: “We have to integrate environmental protection and restoration with water management,” he said.

Build connections: Crowfoot said the state needs a decentralized, flexible and dynamic water infrastructure system based on the latest science—an argument shared by ag interests favoring the new biological opinions and opposing Senate Bill 1. Floodplain restoration is one avenue for this, he noted, with winter rice flooding often flagged as an example of this type of multi-benefit project.

Rather than adding more surface water storage, Crowfoot pointed to “tens of millions of acre-feet available underground” through aquifer recharge. All of this would involve better coordination between state and local agencies, he added.

Be prepared: Crowfoot cited the need for more investment in flood protection, as well as more drought planning in rural areas, which “got pounded” during the last drought.

Karla Nemeth, director of the Department of Water Resources, also spoke at the Water Education Foundation Summit. She said DWR has been actively engaged in the Portfolio work and the Voluntary Agreements on Bay-Delta flows will be “hugely important.” New research and data on atmospheric rivers will allow the state to better capture the water and move it to where it needs to be, Nemeth said. This will “help water districts mitigate the local impacts of having to leave more water in the river,” she said.

Sec. Ross delivered her own Portfolio points at a water forum on Monday. She raised the potential for cap-and-trade revenue to finance “the next chapter” for natural working landscapes.

Ross all focused on regional scale approaches to adapting to climate change. She said this would focus on dual systems, with both “nature-based solutions” and the water infrastructure “backbone.” She highlighted the need to convey water in new ways, particularly from east to west in the San Joaquin Valley. She stressed the need for “that tedious stakeholder process” for more enduring results.

Read about her talk at the Flood-MAR forum at Agri-Pulse.com

Rumors have been rampant on Capitol Hill that a deal on the U.S.-Mexico-Canada Agreement could be announced this week, but that’s not going to happen.

House Ways and Means Chairman Richard Neal and some other Democrats are seeking more input from union leaders for an agreement with the White House on enforcement provisions.

What’s next: Neal and others met with the influential AFL-CIO President Richard Trumka earlier this week on USMCA, and now union officials need to sit down with the U.S. Trade Representative Robert Lighthizer, who is representing the White House in talks over the trade pact with House Democrats.

“We want labor to come along and help build a template for future agreements,” said Neal, who met with Lighthizer Wednesday. “I do think it would be a good idea if … the AFL-CIO and trade staff here at the House and at USTR would get together during the next 10 or 12 days.”

Trumka still isn’t ready to support USMCA, Rep. John Larson, D-Conn., told reporters, but the union leader has been “positive about a number of issues.”

“I think it’s going to take Trumka and Lighthizer sitting down,” Larson said.

Keep in mind: Agreeing to some form of mechanism to enforce the new labor standards Mexico agreed to in USMCA remains a major unfinished task for House Democrats and Lighthizer.

The AFL-CIO would like to see a provision in USMCA that blocks Mexican products from crossing the border into the U.S. if they come from a factory that does not live up to the new labor standards there. House Democrats brought up the issue with Lighthizer Wednesday.

“We no longer have that luxury (of climate change being decades away).… Three percent of our state has burned up in the last two years.” – Sec. Crowfoot