Farm Hands on the Potomac: Trump nominates Hahn and Biegun

President Donald Trump announced his intent to nominate Stephen Hahn of Texas, to serve as Commissioner of the Food and Drug Administration. Hahn currently serves as the University of Texas MD Anderson Cancer Center’s chief medical executive. In addition, the president announced his intent to nominate Stephen Biegun to serve as deputy secretary of state. Biegun currently serves as the Special Representative for North Korea at the Department of State. Before returning to government service in 2018, Biegun served as vice president of international governmental relations for Ford Motor Company.

The Natural Resources Defense Council (NRDC) has named Gina McCarthy as its new president and CEO. McCarthy previously served as the EPA administrator during the Obama Administration from 2013-2017. McCarthy starts at NRDC Jan. 6. 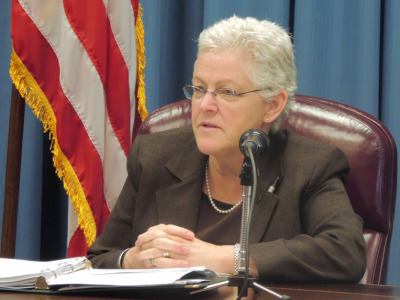 Karey Claghorn has started a new job as the senior director of organizational collaboration and innovation for the U.S. Soybean Export Council. Claghorn previously served as the chief operating officer at the Iowa Soybean Association.

Cultivating New Frontiers in Agriculture, an international agricultural development organization, has brought on Eleni Gabre-Madhin to serve on the CNFA board of directors. Gabre-Madhin is the founder and chief executive of blueMoon, Ethiopia’s first youth agribusiness/agritech incubator and seed investor. She also founded and served as CEO of the Ethiopia Commodity Exchange from 2008 to 2012. Gabre-Madhin has also served in roles at the World Bank, the International Food Policy Research Institute in Washington, D.C., and the United Nations Conference on Trade and Development in Geneva.

Evan Vaughan has left the American Wind Energy Association, where he served as the manager of media relations. He will begin a new job with Sunshine Sachs, a national public relations agency, as an account director focused on clean economy, environment, and sustainability advocacy. He will be stationed in the Washington, D.C. office.

Joel Leftwich left The Glover Park Group, where he served as the managing director. Leftwich plans to head home to Kansas to become executive director of Envision's Workforce Innovation Center. 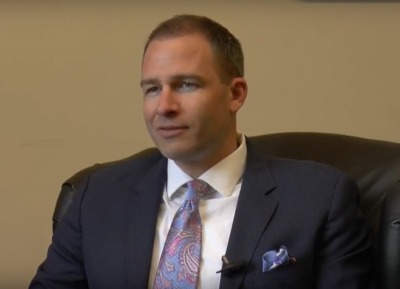 Wisconsin Gov. Tony Evers nominated Brad Pfaff to serve as the Secretary for the Department of Agriculture, Trade, and Consumer Protection (DATCP). Pfaff, a Wisconsin native, worked for Rep. Ron Kind, R-Wis., then served as the state executive director for the Farm Service Agency in Wisconsin and the national deputy administrator for farm programs at USDA. However, on a 14-19 vote on Tuesday, Pfaff was essentially fired as Senate Majority Republicans decided not to confirm him.

The Kroger Co. announced the retirement of Jerry Clontz, president of the mid-Atlantic division, after more than 48 years of service. Paula Ginnett assumed the role effective Nov. 1. Clontz joined Harris Teeter in 1971 as a bagger in North Carolina and since then has held various retail positions, including store manager, store director and field specialist. In 1997, he was named a regional vice president. He was then named senior vice president of operations in 2007. In 2017, Clontz was named to his current role. Ginnett joined Kroger after more than 25 years with Walmart Inc. For the past five years, she served as vice president, regional general manager for Walmart U.S., based in Phoenix.

Matt Dernoga is now a senior legislative assistant for Rep. Nanette Diaz Barragán, D-Calif. He covers the portfolio for agriculture and food, energy, environmental protection, trade, natural resources, and transportation. Dernoga ran for a seat in the Maryland House of Delegates in 2018 but came in fourth in the Democratic primary.

Robert Primus has left the office of Rep. Nanette Diaz Barragán, D-Calif., where he served as chief of staff. Barragán’s office has not yet hired a replacement but current district director Francisco Carrillo is filling the role as interim chief of staff.

Malikha Daniels has joined the staff at the House Agriculture Committee to serve as a legislative assistant for Rep. Collin Peterson, D-Minn. She previously served as a legislative fellow for Sen. Kirsten Gillibrand, D-N.Y.

Flynn Rico-Johnson has joined the staff of Rep. Doris Matsui, D-Calif., to serve as her new legislative director covering the portfolio of labor, trade, transportation, telecommunications, and science and technology. He also covers the Energy and Commerce Committee for Matsui. He previously served as a government affairs manager for the First Responder Network Authority.

Cynthia Patton is now the deputy chief of staff for Rep. Susan Davis, D-Calif. She previously served as a scheduler for Davis.

Lucas Smith is now a legislative assistant covering the environmental protection and science and technology portfolio for Sen. Jack Reed, D-R.I. He previously served as a legislative aide for Sen. Jeff Merkley, D-Ore.

John Kohler has been promoted to legislative assistant from legislative correspondent covering the science and technology and small business portfolio for Rep. Troy Balderson, R-Ohio.

Maddy Russak is now a communications aide for Sen. Patty Murray, D-Wash. She previously served as the deputy chief of staff for Rep. Cindy Axne, D-Iowa.

Aaron Goldner is now a senior adviser for energy and transportation policy for Sen. Sheldon Whitehouse, D-R.I. He previously served as an energy policy adviser. He replaces Bruce Ho.

Louis Katz has left the office of Sen. Elizabeth Warren, D-Mass., where he served as a legislative aide covering the energy and environment portfolio. The deputy chief of staff, Bruno Freitas, has taken over responsibility for these portfolios.

Sipcam Agro USA has promoted Sam Wineinger to serve as director of marketing. Most recently, Wineinger served as the marketing manager for Sipcam Agro’s turf and ornamental division.

Funeral services will be held Friday for Paul John Sweeney, who passed away after a battle with cancer in St. Paul, Minn. He was 65 years old. Sweeney graduated from University of Nebraska-Lincoln and went on to work as a water quality consultant. A passionate conservationist, Sweeney served 39 years at NRCS, leading the USDA conservation drainage initiative and serving as a state conservationist. Sweeney joined Ecosystem Services Exchange upon his retirement at USDA to serve as the director of conservation planning.