Farmers nationwide could be forced sometime soon to start ensuring the eligibility of all new employees using the federal E-Verify system, which current agricultural users say is so flawed that many undocumented applicants can easily get around it.

So far, E-Verify is mandatory for farmers in only a handful of states, but producers nationwide would be required to start using it under a bipartisan agricultural labor bill that's headed for committee markup today: the Farm Workforce Modernization Act.

E-Verify is an online system that compares Department of Homeland Security and Social Security Administration records to information provided to employers on I-9 forms.

Within seconds, employers receive notice whether the person has the necessary documentation to work in the United States or a tentative non-confirmation is returned.

If the prospective employee and employer cannot rectify the error, a final non-confirmation is issued.

Critics say the system frequently misses job applicants who are unauthorized to work in the United States while incorrectly flagging people who are eligible. An analysis by the Cato Institute, a free-market think tank, alleges that E-Verify has failed to stop nearly 12 million illegal hires from happening since 2006, including 1.8 million in fiscal 2018.

“The amount of ID theft occurring to defeat E-Verify is astronomical,” says Chandler Keys, principal of the Keys Group, a consulting firm in Washington, D.C. “A farmer could join E-Verify tomorrow. It is very easy, but it is also easy to defeat.”

Under the House bill, farmers would face the E-Verify requirement in exchange for getting broader access to foreign workers under an expansion of the H-2A visa program. The bill would for the first time make year-round workers eligible for H-2A. The program is currently limited to seasonal workers.

The bill also would provide a path to legal status for farmworkers who are currently in the country illegally.

While many major agricultural organizations including the Western Growers Association and the National Council of Farmer Cooperatives have come out in favor of the bill, the American Farm Bureau Federation has voiced concerns over whether the changes to the H-2A program would provide a sufficient number of workers—particularly since E-Verify would become mandatory, which could mean stepped-up deportations of unauthorized workers. The California Farm Bureau has broken from AFBF to endorse the legislation. 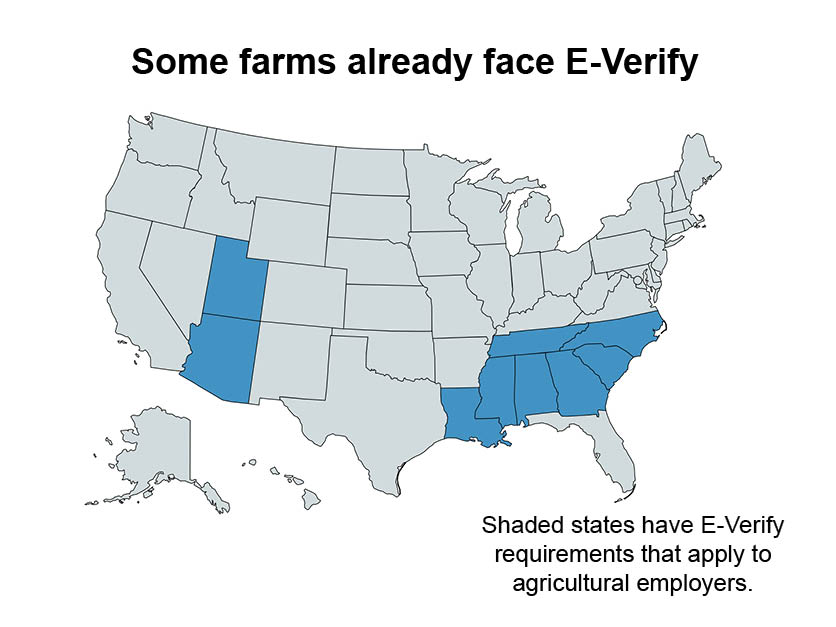 Farms wouldn’t be required to check E-Verify for existing employees, and that is a critical point for farm groups backing the House bill.

E-Verify would not become mandatory nationwide for even the nation’s largest agricultural employers for two-and-a-half to three years after the bill is signed into law. First, the regulations would have to be written, typically a 12- to 18-month process, and then there would be an 18-month window for receiving certified ag worker applications from current workers under the earned legalization program.

E-Verify would then begin to be phased in six months after the application window for the earned legalization program has closed. The six-month phase-in of E-Verify would begin with the largest employers, those with 500 workers or more, said Craig Regelbrugge, senior vice president of AmericanHort, which represents greenhouse growers and supports the bill. After that, E-Verify would be phased in for the rest of agriculture over the next 15 months.

Thus, before E-Verify becomes mandatory, unauthorized workers who are in the United States now would have an opportunity to transition to legal status using one of two routes: They could transition into H-2A status or pursue certified agricultural worker status if they pass a background check.

While some workers who are employed full-time might be more wary of applying for legal status because they risk being deported if they fail the background check, seasonal workers would be more likely to apply since they continuously seek new employment and would be subjected to continuous E-Verify checks, sources say.

Assuming an adequate, authorized workforce is in place by the time E-Verify becomes mandatory, the concern for farmers and agribusinesses centers around the known faults of the current system: errors in the underlying database that can reject a share of authorized workers, and liability given the vast amount of fraud that allegedly occurs. 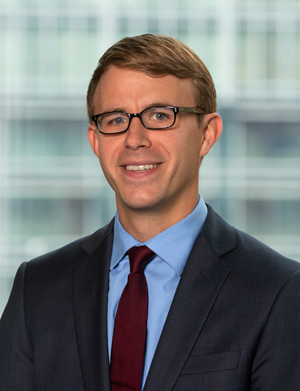 David Bier, a policy analyst with the CATO Institute, said the majority of unauthorized employees are approved when they are run through the system.

“Making E-Verify mandatory is not likely to be effective, and to think significant changes will be made to the program is not realistic. So many employers are already using the system,” Bier said. “To significantly alter it would impose a burden on those employers.”

According to the Cato analysis, E-Verify catches fewer than one in six illegal workers, and it is becoming less effective as workers learn to work around the system. “Once E-Verify became more common, illegal workers realized what was happening and quickly adjusted,” he says.

For the past few decades, packers and poultry processors have been the focus of government enforcement. These employers offer year-round jobs that provide better pay than seasonal positions, attracting workers who can better afford the $1,000 or so needed to obtain false documents and making these companies magnets for both workers with false identities and ICE enforcement.

“There is a verbal safe harbor from ICE, but you hope and pray they are not going to make an example of you,” Keys says. “There is a subjectivity to, ‘If you use E-Verify in good faith, we won’t come after you.’ There is no protection under the law.”

To avoid the risk of an ICE raid, such as the one that occurred in Mississippi where 680 unauthorized poultry plant workers were arrested earlier this year, many packers and poultry processors use one or more risk mitigation strategies: ICE’s IMAGE program, a connect-the-dots process for screening employees, and E-Verify’s Records and Information from DMVs for E-Verify (RIDE) program, which incorporates state driver’s license records into the verification process.

In an August letter to President Donald Trump, Mike Brown, president of the National Chicken Council, wrote: “An employer that does everything possible to avoid hiring unauthorized employees should not be exposed to further liability. It is the responsibility of employers to help ensure that the law is followed, but it is the obligation of the government — not U.S. employers — to provide a secure worker verification system.”

To avoid raids, the nation’s largest meatpackers and poultry processors were instrumental in developing the process referred to as “connect the dots,” which relies on a detailed application form and interview process as well as connect-the-dots software.

The purpose is to weed out workers with false identities by connecting the points in their employment and financial history, and asking them questions such as: What make and model of car was your recent car loan for?

“It’s very expensive,” Keys said of the system. “If you don’t hire that many people, you are going to be reluctant to use connect-the-dots software.”

For those who join the program, ICE and U.S. Customs and Immigration Service provide education and training. In return, employers must complete a questionnaire, enroll in E-Verify, establish a hiring and employment eligibility verification protocol that includes an annual I-9 internal audit, submit to a I-9 inspection, and sign an official agreement with ICE. Expanding this program to farms would be very difficult and expensive, Keys said.

However, not all states participate in RIDE and the federal government cannot mandate participation. “It is not particularly effective,” Bier said. “Prospective employees can use an out-of-state driver’s license and the photo will not be in the photo library.” And some states will likely never participate, he said.

Keys doesn’t think ICE is going to go after “Joe Blow farmer,” but he warns that “if you have scale, you better be in ICE’s IMAGE program.”