Agricultural groups are pleased with the new Risk Management Program rule, which eliminates some key requirements included in an earlier rule issued by the Obama administration in 2017. That rule was prompted by a 2013 ammonium nitrate explosion and fire at the West Fertilizer Company in West, Texas.

Among the changes: EPA decided not to mandate the production of third-party audits following accidents including RMP-covered chemicals, but said the agency can still require them “under appropriate circumstances.”

Nor will companies need to prepare Safer Technologies and Alternatives Analyses. The analyses were “not practical to implement or necessary given that the evidence does not demonstrate reduction in accidents,” EPA said in a fact sheet on the rule, adding that the elimination of those analyses accounts for $70 million of the $88 million total in regulatory cost savings compared with the original RMP rule.

At the level of the retail dealer, conducting an STAA analysis “didn’t make a lot of sense,” said Kathy Mathers, a spokesperson for The Fertilizer Institute. And at the production level, “there are no feasible large-scale alternatives to the use of natural gas” to produce nitrogen fertilizers.

EPA also will not be requiring a “root cause analysis” after an RMP-reportable accident or “near miss.” The agency said it was scrapping that requirement in order to be consistent with the Occupational Safety and Health Administration’s Process Safety Management standard. In addition, “many facilities may already use root cause analysis for incident investigations,” EPA said in a fact sheet on the rule.

The Agricultural Retailers Association also weighed in with support for the new rule. “Our industry has a pretty strong safety record,” said Richard Gupton, ARA’s senior vice president of public policy and counsel.

Regarding the dropping of the root-cause analysis requirement, he said. “There’s nothing prohibiting the agencies” from looking into how accidents occurred.

Gupton also pointed out, as ARA and TFI have done repeatedly, that the 2013 explosion and fire was caused by ammonium nitrate, a chemical not covered under the RMP, and not anhydrous ammonia, which is covered.

The anhydrous ammonia tanks at the site “worked as intended,” Gupton said. A U.S. Chemical Safety and Hazard Investigation Board report released in 2016 said the two 12,000-gallon vessels, which were about 30% full, “did not catastrophically fail on the night of the incident,” which the CSB said was “a near-miss of potentially significant consequence.”

In its rule, EPA said accidental releases have been declining at facilities nationwide and with that, the amount of property damage. “The overall decrease in property damage and fatalities from RMP accidents supports the conclusion that, similar to declining accident rates, the severity of accidents at RMP facilities is also declining,” EPA said.

But environmental groups who fought for implementation of the 2017 rule, disputed whether accidents are in fact declining, and said “about 12,300 industrial facilities nationwide use, store, or manage highly hazardous chemicals” covered by the RMP rule.

“Nearly 180 million Americans live in the worst-case scenario zones for a chemical disaster,” the 13 groups, including the Union of Concerned Scientists, said. “At least one in three children go to a school near a hazardous chemical facility.”

Earthjustice lawyer Emma Cheuse said, citing EPA’s own analysis, chemical accidents cause approximately $274.7 million per year in damages — and that does not include non-monetized damages. 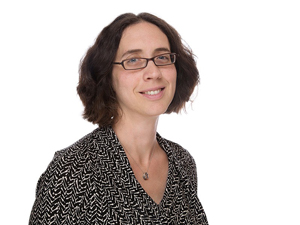 “We have documented, preventable explosions happening every day,” Cheuse said. The $88 million in savings is a “small amount of money to save when considering the harm that can occur.”

The agency’s own National Environmental Justice Advisory Council, a federal advisory committee, wrote to EPA in May “strongly” urging it not to rescind the 2017 rule. “EPA found that this rule would protect the most vulnerable communities, workers, and first-responders from disastrous chemical releases, fires, and explosions,” the group told EPA Administrator Andrew Wheeler in May.

Richard Moore, co-founder and co-coordinator of Les Jardines Institute in Albuquerque, N.M., and chair of the NEJAC, told Agri-Pulse when it comes to chemical accidents, “it’s already been said the most vulnerable communities are going to be the most heavily impacted.”

He also said the issue would be taken up at the next NEJAC meeting in Florida at the end of February.

The Fertilizer Institute’s Mathers said many fertilizer dealers have had their facilities certified as compliant with local, state and federal laws under an industry-led initiative called Responsible Ag. Of approximately 6,000 retailers nationwide, 1,300 have been certified and more than 3,000 audits conducted.

“They are essentially certifying that they are up to date with all regulations,” she said. In California, she said the program has incorporated state-specific requirements into its checklist.