The CEA Food Safety Coalition has named Marni Karlin as the organization's first executive director. Karlin will work closely with coalition members, government agencies and industry experts to develop food safety standards for the CEA leafy greens industry. She previously served as vice president of government affairs and general counsel for the Organic Trade Association. Before working for the Organic Trade Association, Karlin served as counsel to Sen. Herb Kohl, D-Wis., on the Senate Judiciary Committee.

The California Association of Winegrape Growers (CAWG) has elected new board officers and directors. Mike Testa of Coastal Vineyard Care in Buellton, Calif., was elected chair of the board. He succeeds Bill Berryhill of BB Vineyards in Ceres, Calif., who served in the role for two years. Other directors elected as officers are Tom Slater of Slater Farms in Clarksburg, vice chair; Davindar Mahil of Creekside Farming in Madera, vice chair; Jeff Bitter, winegrape grower in Madera, secretary; and Gregg Hibbits of Mesa Vineyard Management in Templeton, treasurer.

The Hass Avocado Board has elected new executive committee members. Serving as chairman is Jorge Hernandez, an importer from McAllen, Texas; serving as vice-chairman is Salvador Dominguez, a producer from Santa Paula, Calif.; elected to treasurer is David Fausset, importer from Port Hueneme, Calif.; and serving as secretary is Ben Van Der Kar, a producer from Carpinteria, Calif.

Brock Taylor of Clovis, Calif., has been named to the Nuffield International Farming Scholars, USA Board of Directors. Taylor owns Brock Taylor Consulting, a crop consulting firm. Taylor serves on the Fresno State University Plant Science advisory board and the West Hills Community College Precision Farming advisory board. He has served on the California Department of Food and Agriculture (CDFA) Fertilizer Research and Education board as well as the CDFA Fertilizer Ag advisory board.

Wholesome Wave has tapped Joe Cahalan as the interim executive director. Cahalan previously worked as a consultant for Newman’s Own Foundation and was the CEO at Concern Worldwide. Cahalan was with Xerox Corp. for more than four decades, and was vice president of communications and social responsibility and president of the Xerox Foundation.

Heather Janik headed to the Food and Drug Administration to lead the media affairs team. She previously worked at Feeding America as director of thought leadership and media relations.

Lillie Brady has been promoted to director of external and intergovernmental affairs at the Department of Agriculture. She fills the role after Rob McGregor has left to become the senior adviser to the Undersecretary of Natural Resources and Environment, Jim Hubbard. 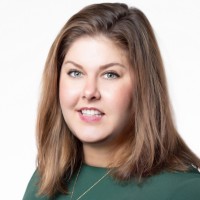 The Department of Agriculture announced the appointment of 40 members to serve on the Cattlemen’s Beef Promotion and Research Board. To see the appointments click here.