The Strategic Growth Council yesterday approved a new round of grants for preserving agricultural lands. The conservation program aims to prevent ag lands from being converted to uses that may emit more greenhouse gases.

The 31 land easements approved by the council span 19 counties and 20,000 acres of farmland and rangeland. They will avoid an estimated 4.5 million metric tons of CO2 equivalent. Funding also goes to six planning grants for local governments to keep farmland in agriculture.

Some projects will help basins adapt to the Sustainable Groundwater Management Act (SGMA) by maintaining  practices that are not water-intensive, like grazing and dryland farming.

The largest grant was for more than $10 million to a land trust in the Salinas Valley to prevent the development of 180 housing units on a farm and cattle ranch. 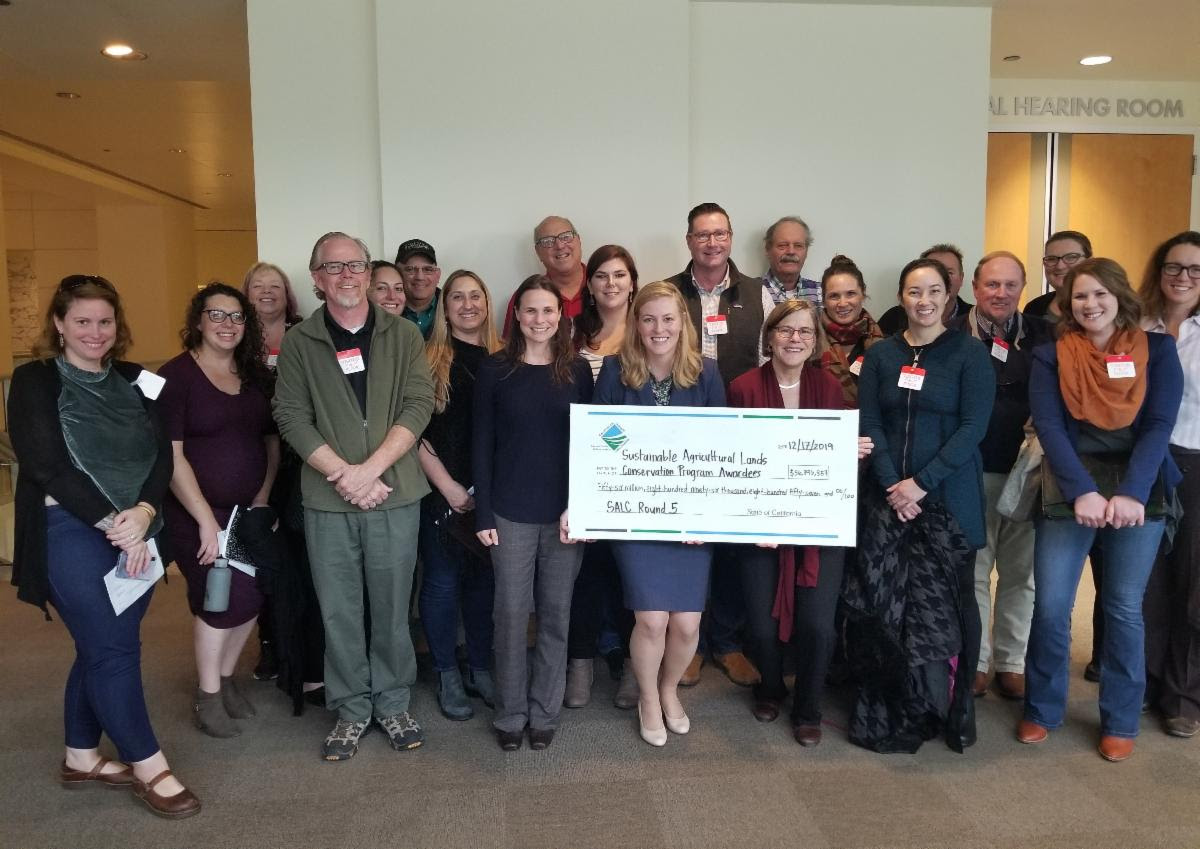 A pair of massive fiscal 2020 spending bills with broad implications for agriculture have one more stop in the Senate before heading to President Trump for his signature by the end of the week.

Included in the minibus bills is $134 million for water storage projects outlined by the Water Infrastructure Improvement for the Nation (WIIN) Act. This includes an initial $6 million for the proposed Sites Reservoir. The bill also funds $20 million for repairs to the Friant-Kern Canal.

Keep in mind: Calif. Rep TJ Cox has separately introduced a bill to provide $200 million for repairing the canal.

The Bureau of Reclamation is holding a meeting today in Porterville to take public comment on a draft environmental impact plan on repairing the Friant-Kern Canal that the bureau released last week.

The bureau’s plan covers a 33-mile stretch that has lost more than half its capacity to subsidence.

Remember: The question is still who pays. The plan proposes a cost-share through WIIN Act funds. Yet it does not assign an amount and it is unclear if the state or local districts will step up to match the funding.

State Senator Melissa Hurtado faced criticism this year for her bill to fix the canal. Opponents said farmers and federal agencies should cover the cost instead of the state. Hurtado had proposed $400 million for the repairs. She has vowed to reintroduce the bill next month.

Water district is years ahead in groundwater sustainability

The California Legislature established the Pajaro Valley Water District in 1984 to fix the escalating problem of groundwater overdrafting in this Central Coast region. Despite agriculture being the dominant industry here, the Pajaro basins no longer have an overdrafting problem today. General Manager Brian Lockwood presented this assessment recently to the Central Coast Water Board.

Neighboring basins in the Salinas Valley, however, have been deemed high-priority zones and must submit sustainability plans by the end of January to meet the requirements of SGMA. Those basins also depend on water imports through the Central Valley Project.

The Pajaro Valley has no imports. Instead, farms draw down the aquifer in summer and winter rains recharge the basins. The district also began metering wells in the 1990s, a contentious action at the time, but growers have since adapted to the regulation, said Lockwood.

Who knew that trade policy could be so bipartisan? Members of the House Ways and Means Committee united Tuesday to approve the U.S.-Mexico-Canada trade agreement. With the exception of one Democrat — New Jersey Rep. Bill Pascrell, D-N.J. — the committee overwhelmingly agreed to send the new North American trade pact to a full vote on Thursday.

Some senators have been expressing concerns over USMCA and the fact that they will not be able to suggest alterations to the pact, but they are widely expected to approve the trade deal when they come back from the holiday recess, early next year.

Keep in mind: The level of Democratic support for USMCA is remarkable given the usual partial splits over trade policy — and NAFTA in particular.

The biotech industry is slamming a provision in the domestic spending package that would require gene-altered salmon to be labeled as “genetically engineered,” something that isn’t required of other foods.

The provision inserted by Sen. Lisa Murkowski, R-Alaska, prevents the salmon from being treated like other foods under a 2016 law that allows companies to disclose biotech ingredients through smartphone codes rather than on packaging.

“If Congress allows their own policies to be undermined, predictability in the system will suffer as will investment, innovation, and small business success,” said Jim Greenwood, president and CEO of the Biotechnology Innovation Organization.

Keep in mind: Biotech salmon has been a special issue in the biotech labeling bills, in part because of Murkowski’s role as a senior Republican on the Senate Appropriations Committee.

The developer of the AquAdvantage salmon, AquaBounty Technologies, is a BIO member.

“We’re at a deficit of something like two million acre-feet per year in the Valley. Together, these projects will provide enough storage capacity to cover that shortfall.” – Calif. Rep. Josh Harder, on the proposed funding for storage projects in the Central Valley.