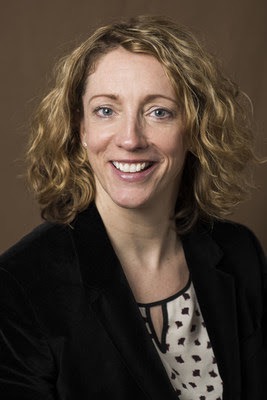 The National Sustainable Agriculture Coalition (NSAC) has hired Eric Deeble as its new policy director. Before joining NSAC, Deeble worked with the office of Senator Kirsten Gillibrand, D-N.Y., as a senior policy adviser for agriculture, animal welfare, nutrition, and the arts. He will begin his new responsibilities at the end of January. NSAC deputy policy director Juli Obudzinski served as interim policy director during the search and hiring process and will return to her prior role in February.

The Food Research and Action Center (FRAC) has selected Luis Guardia to serve as president of the anti-hunger organization. Guardia most recently served as the chief business and financial services officer at Global Impact and chief operating officer at the ONE Campaign.

USDA deputy assistant secretary for civil rights Naomi Earp is resigning from her position effective Jan. 31.She gave her notice to the Office of the Secretary in early December. In a statement, USDA said it would "undertake a careful and thorough search for new leadership" for the office.

House Agriculture Committee Chairman Collin Peterson, D-Minn., has added two to his Committee staff. Jake Chisholm has been hired to serve as staff director for the Subcommittee on General Farm Commodities and Risk Management and Justina Graff will serve as the deputy clerk for the House Agriculture Committee. In addition to the new hires, Prescott Martin III, counsel for commodity and conservation programs during the 2018 farm bill, was promoted to Chief Counsel.

Natalie Martinez has joined the staff of Rep. Stephanie Murphy, D-Fla., as a senior legislative assistant covering the portfolio for environment, transportation and infrastructure, and judiciary. She previously worked for Rep. Angie Craig, D-Minn., as a legislative assistant working on the House Transportation and Infrastructure Committee's Subcommittees on Highways and Transit; Aviation; Water Resources and Environment; Railroads Pipelines and Hazardous Materials.

Connor Lentz has left the office of Rep. Trey Hollingsworth, R-Ind., where he served as the legislative director covering the energy, foreign trade, science and technology, and appropriations portfolio. He is replaced by Jon Van Buren, who will begin the position on Feb. 3. Van Buren comes from the office of Rep. Greg Pence, R-Ind., where he served as senior legislative assistant.

Lindsay Garcia has left the office of Sen. Lamar Alexander, R-Tenn., where she most recently served as the legislative director. She previously worked as the energy policy director and chief counsel. Garcia now works for the Senate Republican Policy Committee as a policy director.

Brad Parker has left the Kansas Soybean Association where he served as the communications director. He now works as an association executive for Braden Heidner Lowe and Associates.

Greg Pollesch, current president of Galloway Company, has announced he will retire May 1. COO Kevin Beauchamp will serve as Galloway’s next president. Before being promoted to COO in 2017, Beauchamp worked as Galloway’s engineering manager for 10 years. Galloway Company produces a variety of custom liquid concentrated dairy blends including unique formulations of sweetened condensed milk, evaporated milk, cream liqueur and beverage bases. 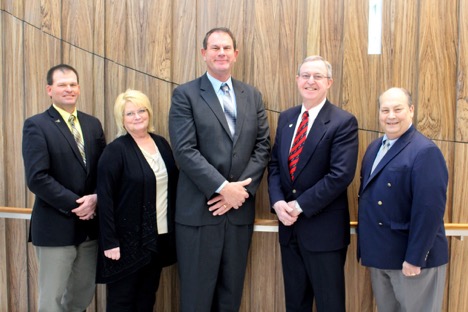 The U.S. Wheat Associates (USW) board of directors has elected new officers for the 2020-21 year. Darren Padget of Grass Valley, Ore., was elected chairman; Rhonda Larson of East Grand Forks, Minn., will serve as vice chairman; and Michael Peters of Okarche, Okla., was elected secretary-treasurer. These farmers will begin their new leadership roles at the USW board meeting in June 2020 when current chairman Doug Goyings of Paulding, Ohio, will become past chairman.

Frieda Rapoport Caplan, a produce industry pioneer referred to as the ‘Kiwi Queen’, died at the age of 96. She was praised for her part in elevating the role of women in the fresh produce business and helped introduce kiwifruit and other specialties to the U.S. market in 1962. She started her own business Frieda, Inc., became the first woman in the U.S. to own and operate a produce company on the all-male Los Angeles Wholesale Produce Market.

Bonnie Duvall, wife of American Farm Bureau president Zippy Duvall, passed away after fighting a courageous battle with cancer. Bonnie and Zippy began their Farm Bureau journey in 1982 when they were chosen for the National Young Farmer and Rancher Award. Thirty-three years later Bonnie and Zippy continued their journey after Zippy was elected Farm Bureau president. Bonnie then took over keeping the books for the couple's Georgia farm, so Zippy could focus his attention on the Farm Bureau members and organization. AFBF Vice President Scott VanderWal described Bonnie as “a special member of the Farm Bureau family.”