The state held its first public hearing in Sacramento on Monday for a proposed 30-mile tunnel to deliver water south under the Sacramento-San Joaquin Delta. The opportunity to comment drew a mix of environmentalists and tribal members, who called the tunnel unnecessary and a water grab by wealthy agricultural interests in the Central Valley.

Nearly a year ago, Gov. Gavin Newsom announced in his first State of the State address he planned to trim former Gov. Jerry Brown’s twin tunnels project down to a smaller single tunnel. The Department of Water Resources then withdrew its approval and permits for Brown’s “Water Fix” project, halted a decade-worth of environmental reviews and began renegotiating with water contractors over funding a revised plan.

The meeting Monday was a chance for the public to see the early direction of the project. The final environmental permits are expected to be completed at the end of 2022.

“This is a lengthy process and we are at the very beginning,” cautioned Carrie Buckman, a DWR environmental program manager, during the meeting.

The biggest difference between the two plans is capacity. The twin tunnels would have delivered 9,000 cubic feet per second (cfs) of water from three pumping stations. The single tunnel will provide up to 6,000 cfs from two pumps. The environmental reviews could limit the actual deliveries, however, to 3,000 cfs or even bump them as high as 7,500 cfs. The cost will also be about 40% less than the $19-billion Water Fix. The objectives for the two projects, however, remain largely the same.

The proposed tunnel project follows the release of Newsom’s draft Water Resilience Portfolio in January (which is open for comment until Friday). The administration has been framing the tunnel as protecting the reliability of water deliveries against sea level rise, floods and earthquakes.

“This project would help safeguard a vital source of affordable water for millions of Californians,” said DWR Director Karla Nemeth, in a recent news release. 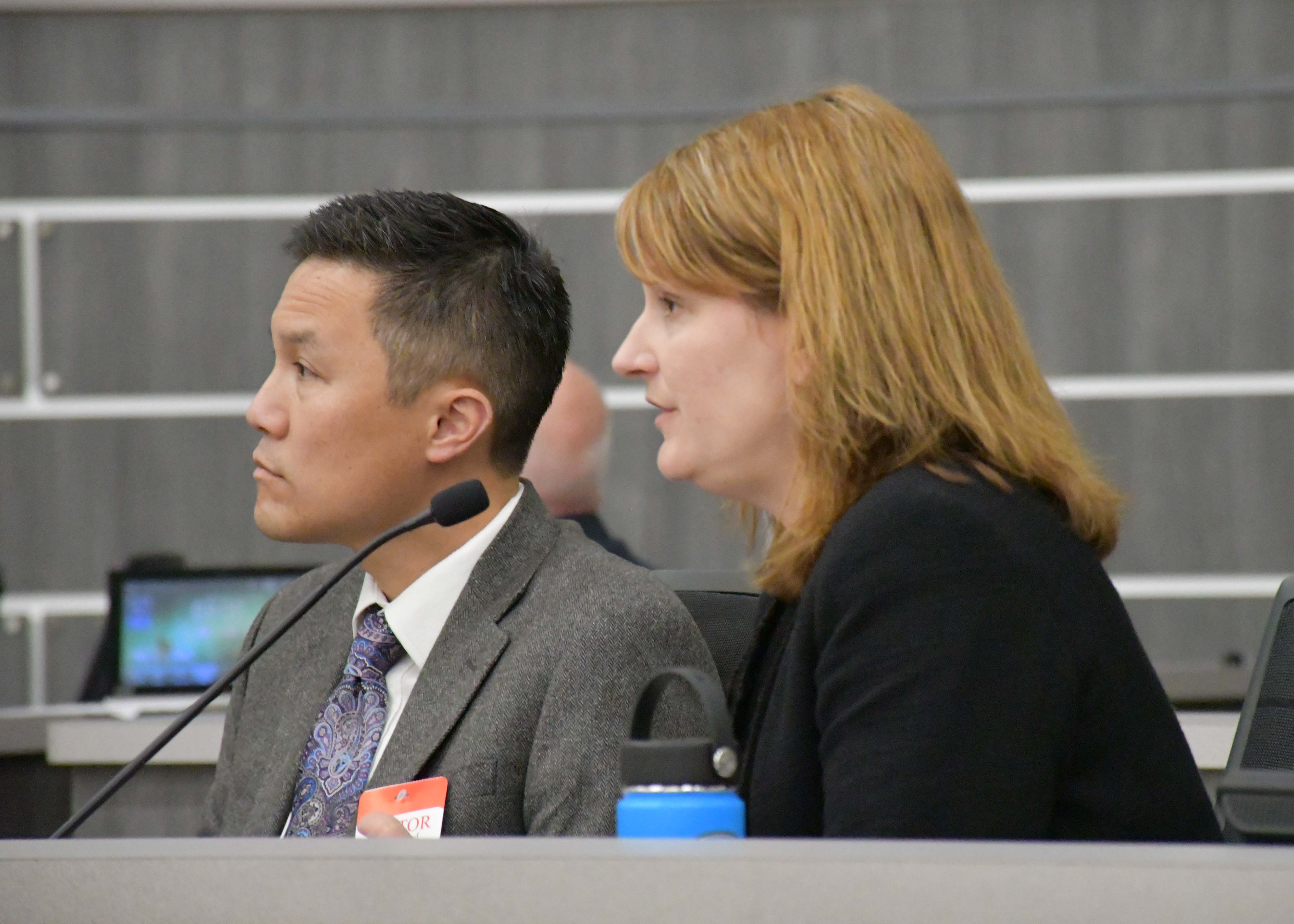 Each of those threats could disable for months a source of drinking water that supplies more than half the state’s population. The tunnel is also touted as benefiting ecosystems and adding flexibility for capturing more water during peak flow vents, which will help to fill reservoirs, recharge aquifers and facilitate water transfers in the Central Valley, in line with the portfolio’s recommendations and DWR’s new long-term operating plan for the State Water Project.

The workshop on Monday served as a listening session for DWR as it switches gears to embark on a new environmental impact study for the proposal. Along with the amount of water the tunnel will pull from the Sacramento River, the review will dictate to DWR which of the two proposed corridors will be the optimal path of the tunnel. Some of the criticisms of the plan were recycled from Brown’s administration, as several groups wanted no tunnel at all.

Facilitating the stakeholder outreach was the consulting group Ag Innovations. The Department of Pesticide Regulation also hired this group to facilitate the Chlorpyrifos Alternatives Work Group.

During her public testimony, Berkeley resident Charlene Woodcock declared that “agricultural corporations have had significant influence on California water policy.” Others called the project “a subsidy for big ag” and a conspiracy by billionaire Stewart Resnick, the founder and president of The Wonderful Company.

Fishing and conservation groups have long opposed a tunnel project over concerns that reducing water levels in the delta would harm native fish populations. Barbara Barrigan-Parrilla, the director of Restore the Delta, was “extremely pleased” following Newsom’s 2019 announcement. 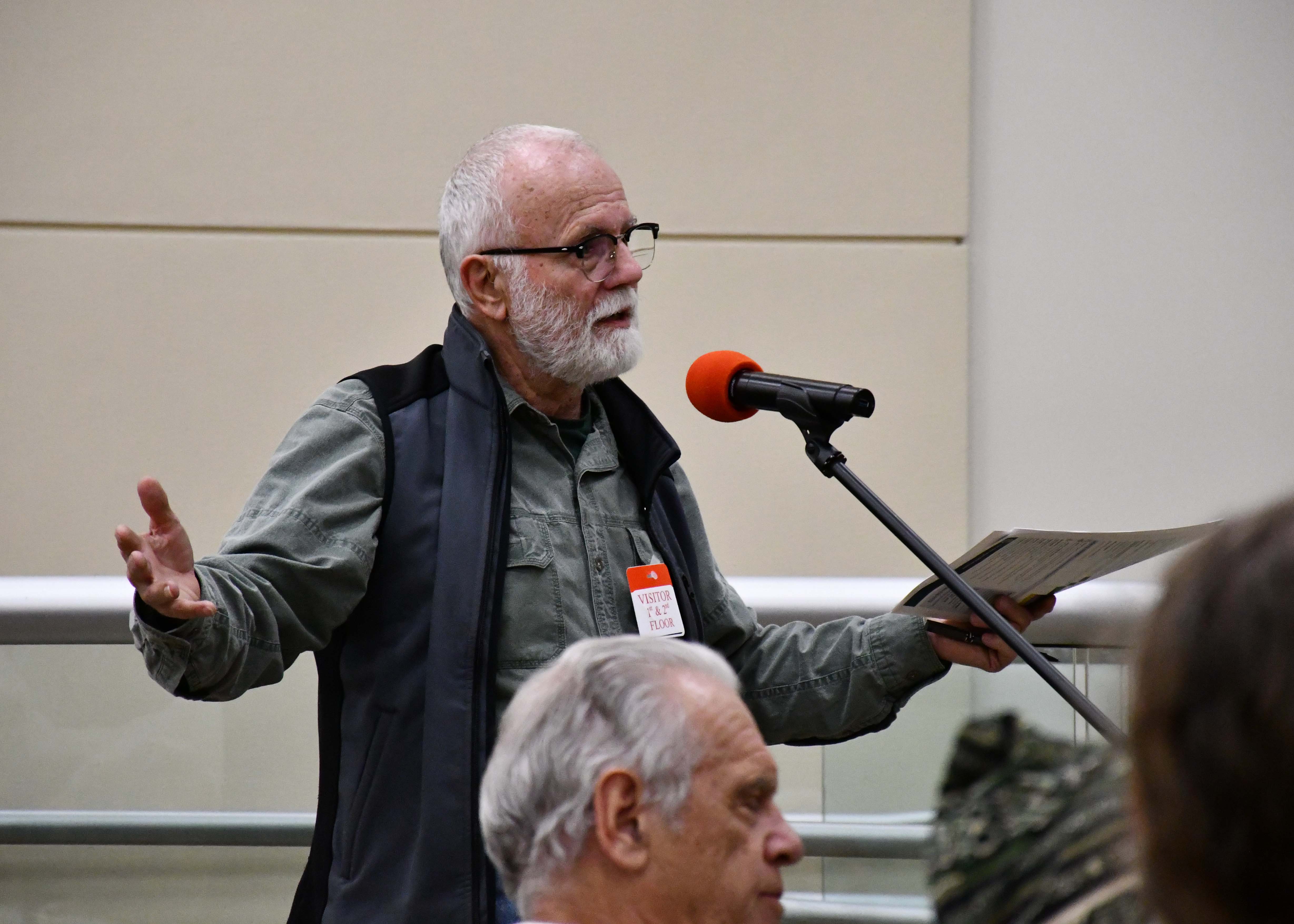 Henrich Albert of Friends of the River

“A year ago, we said we would keep an open mind regarding moving forward with a single-tunnel project,” said Barrigan-Parrilla at the meeting Monday. “Sadly, we’re seeing the exact same mistakes being made.”

Along similar lines, the editorial board for the Bay Area’s Mercury News warned the tunnel would “doom the long-term health of the delta for future generations.” The administration, it argued, is “backing the Trump administration’s faulty science” in the new biological opinions regarding water flows for two endangered fish species in the delta.

For many critics, the Water Portfolio’s more holistic approach to the state’s deeply entrenched issues did not provide enough concrete details to trust that the administration is doing its best to protect the environment.

While no farm groups spoke at the meeting, many will likely be submitting comments, which are being accepted on this part of the scoping process until Mar. 20.

When Newsom made his single-tunnel announcement last year, David Strecker, a delta farmer and president of the San Joaquin Farm Bureau, said the state should instead be looking at projects with more tangible benefits to the delta, such as adding more water storage, a through-delta conveyance or dredging. Delta farmers have argued pulling more water from the delta would increase the salinity of its freshwater, which they use for irrigation.

The largest single beneficiary of the tunnel, the Metropolitan Water District of Southern California, strongly supported the governor’s decision in 2019. District General Manager Jeffrey Kightlinger said it was “imperative that we move forward rapidly” because “having no delta fix imperils all of California." He added that the district was pleased the administration had "reaffirmed a strong commitment to modernize the state’s water delivery infrastructure.”

Soon after Newsom announced his decision, a poll by the Public Policy Institute of California found that a slim majority of Californians favored scaling back the tunnels, as well as the controversial high-speed rail project. Water Fix was also plagued by funding issues. The Westlands Water District dealt a major blow to the project when its board voted in 2017 not to participate in WaterFix.

For the new single-tunnel plan, DWR notes that a cost analysis will come later in the process.