Chlorpyrifos workshops reach beyond one pesticide

The discussion is too little too late for many in the ag community. They had the opportunity to share their disappointment recently that the California Environmental Protection Agency did not open up a broader conversation about alternatives to chlorpyrifos before it made the decision last year to cancel product registrations.

The agency’s Department of Pesticide Regulation, in partnership with CDFA, held three public workshops this month “to hear ideas about how farming communities can transition away from the use of the pesticide chlorpyrifos,” according to a December press release.

The conversations, however, focused on how the agencies can better implement new pesticide regulations in the future. Some participants traveled hours to offer input on what was believed to be a list of suggested alternatives delivered by the Chlorpyrifos Alternatives Working Group, which the agencies had commissioned for that purpose. Instead, the moderator of the workshops, Joseph McIntyre, whose company Ag Innovations is also facilitating the working group, announced the recommendations would not come until April.

This led to harsh criticism from Roger Isom, the CEO and President of the Western Agricultural Processors Association (WAPA), who called the Fresno workshop “an utter farce” and “a complete travesty,” in a WAPA statement. Isom said it served only for the agencies to check a box on outreach and for environmental activists to “lambast farmers with accusations of corporate greed and spraying indiscriminately.” He was angered the workshops did not “solve the immediate problem of the loss of chlorpyrifos in the short term.”

Walnut grower Billy Mussellman, who drove from Chico to attend the Sacramento workshop, worried about the next pest management tools on the administration’s “chopping block.”

“If they don't have a plan in place before they continue to chop off some of the tools we have, it's going to make it difficult to battle the problems we have,” he said.

At the heart of the discussions was a breakaway session, when participants answered three questions in a round robin format. One question asked how the state should transition to “safer pest management tools” without hurting the industry. Another focused on where the agencies should place their funding to meet this larger sustainability framework. Notably, the top question asked for reactions to the draft recommendations

McIntyre set the tone when he acknowledged many will be disappointed the group would not be presenting an actual list of alternatives.

Instead, he offered a draft outline describing the four lists the group plans to submit. The first will highlight the alternatives currently available – a review of established research by the University of California Integrated Pest Management program. 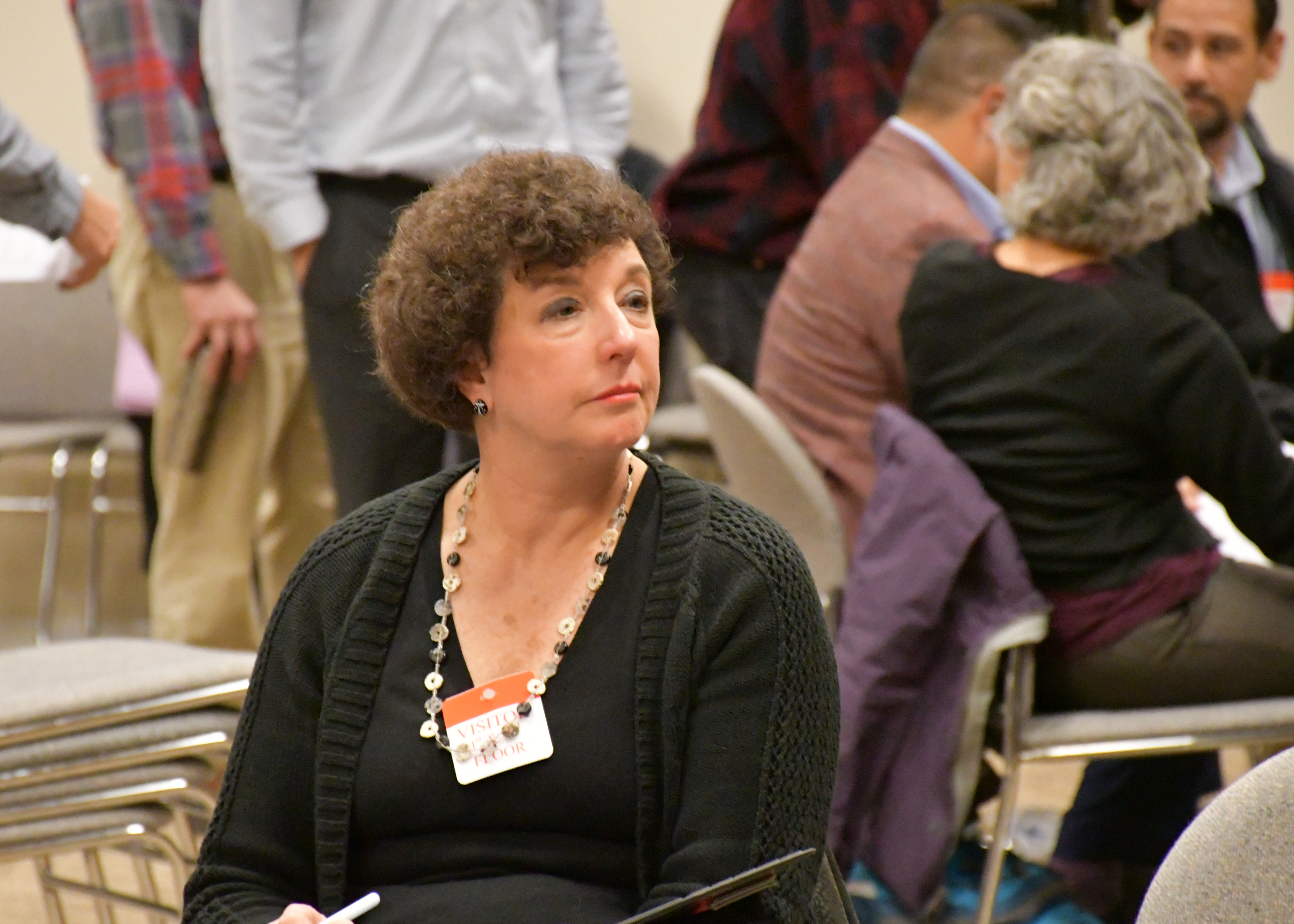 The second will recommend further research for other crops. That list may include asparagus. The crop is already down to just a few farmers in California, due largely to labor costs and a competitive Mexican market. Cotton, another crop experiencing a decline in the state, is vulnerable to pests that can lead to “sticky cotton,” which contaminates the lint. With all sales of chlorpyrifos ending by Feb. 6, cotton growers will have no adequate product this season for combating the insects.

The third list will rank the toxicity of the suggested alternatives. A concerning issue in the pest control community has been that alternatives like biopesticides may require a greater amount applied, with multiple applications and possibly a combination of products to be successful, “rather than just one and done” with chlorpyrifos, as one workshop participant put it. This approach has a number of potential tradeoffs, such as impacts to water quality with runoff and requiring more tractor use in the field, which could set back local air emissions targets.

“If you switch a lever here, it’s going to then cause a domino effect somewhere else,” said Matthew Allen, who directs legislative affairs for the Western Growers Association, during the Sacramento workshop.

The fourth list will include biopesticide alternatives. Marrone Bio Innovations, which manufacturers biopesticides 20 miles from the DPR offices, has been closely involved in the alternatives process. Founder Pam Marrone serves on the working group, though she has recently retired as CEO of the company. Last week, DPR registered a new product for Marrone Bio in California, a biofungicide targeting downy mildew and other molds. That could replace Telone, or 1,3-D, as the department plans to further restrict the fungicide.

In an interview with Agri-Pulse, Marrone said her company had “some very good bioinsecticides that are shovel ready and can be chlorpyrifos alternatives.” 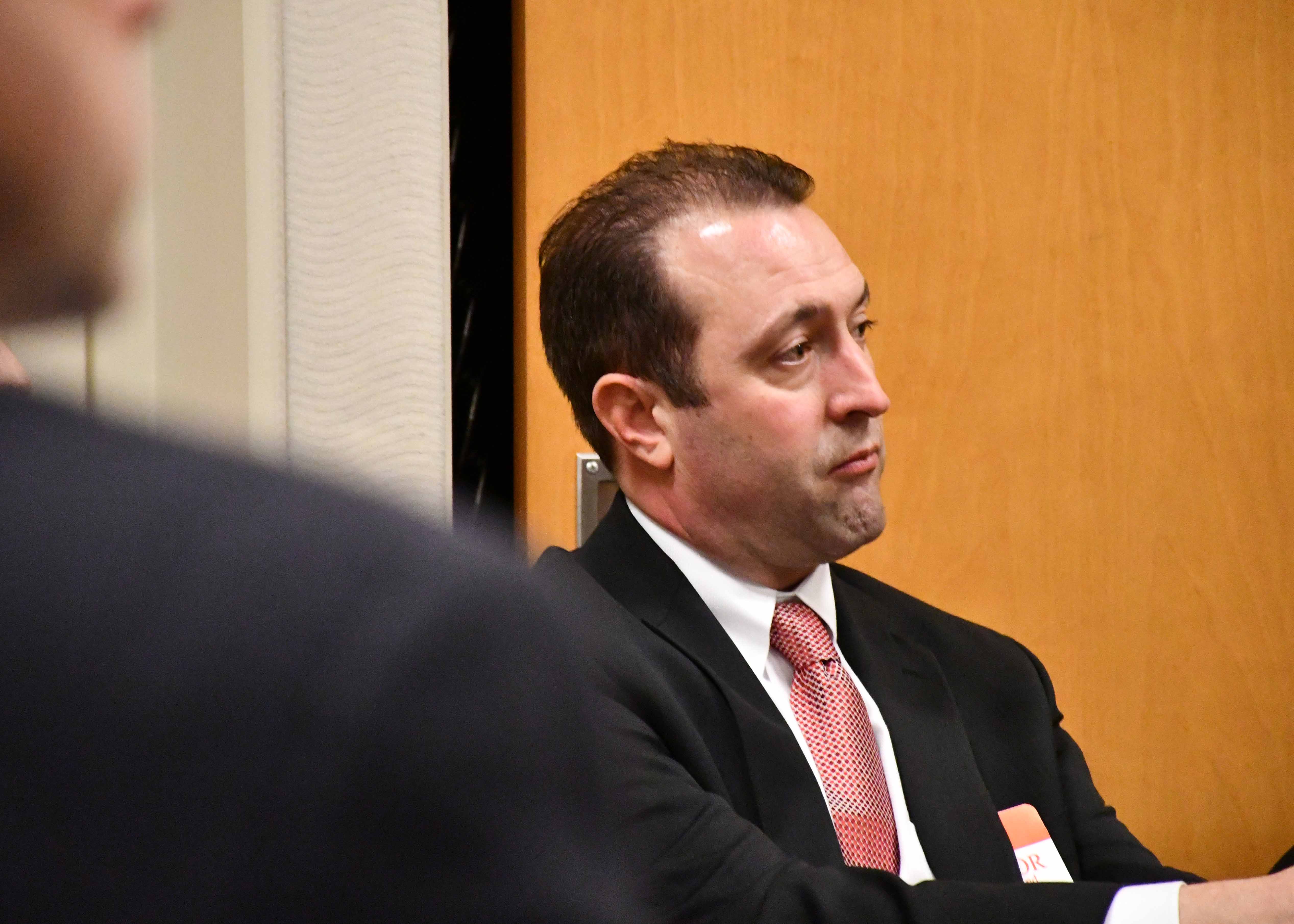 Paul Squires, a pest control adviser attending the workshop who also serves on the Alternatives Working Group, cautioned that the research behind biopesticides may work well in a controlled environment but not carry over to large-scale production as a viable option, while costs can be more than double for those products, resulting in higher food prices.

Miriam Rotkin-Ellman, a scientist with the National Resources Defense Council, appreciated the lists and aspirational goals for research, but wanted specific actions on how DPR will take more organophosphates off the market. She said all these groups and agencies spending their time on one pesticide “is not a good use of anyone’s resources.” She also wanted to see benchmarks for public health baked into the process.

Rotkin-Ellman was disappointed it has taken the state 20 years to ban chlorpyrifos after the U.S. EPA banned it from commercial use in 2000.

“It needs to be geared towards how we get rid of all the chemical cousins of chlorpyrifos,” she said. “We cannot just keep going around and around coming back here every five years with another toxic chemical.”

For more than 50 years, chlorpyrifos has been in use across the country, with numerous regulatory assessments gauging its efficacy over that time. Alternatives to chlorpyrifos are not likely to have that degree of scientific understanding.

The Alternatives Working Group plans to push Gov. Gavin Newsom’s administration to return funding to UC IPM and Cooperative Extension (UCCE) in order to perform the basic research for developing new alternative agents. UCCE has suffered large staffing reductions in the last two decades, and private companies do not have the overhead to carry out such fundamental research on specialty crops.

Part of the working group’s five-year plan focuses on those regulatory improvements. This would also include aligning the priorities of DPR staff to help identify alternatives, though it may draw them away from other regulatory duties. Another recommendation was to educate pest control advisors on “non-pesticide approaches,” which Taylor Roschen, a regulatory affairs director for the California Farm Bureau Federation, said was not an appropriate perspective.

That approach would likely add more continuing education hours to pest control advisres and ag inspectors, according to Riverside County Ag Commissioner Ruben Arroyo. He said that would take more time away from their jobs and personal lives for some and more state funding should instead be allocated to UCCE specialists, who are the “actual educators.”

“But I try to educate before I regulate,” he said. “That’s a mantra for all of us.”

While the workshops did not deliver recommendations, many of the participants appreciated the opportunity for a productive dialogue with their counterparts from opposing interest groups.

“That’s the long-term solution to this – for me to understand the concerns of people who don't want pesticides used,” said Paul Squires. “And it's important for me to actually get those people out in the field to show them how we make these decisions.”

Squires said in his 26 years in the business, he never had an opportunity to sit down with such a diverse group.

“If we don’t actually do like we did today and work together, we’re not going to accomplish anything,” he said.

DPR Chief Deputy Director Jesse Cuevas said the department is looking for a model like this, where they can engage the public at a deeper level, as opposed to the typical format of delivering comments in under two minutes during a formal hearing.

“People can kind of just scratch the surface of the issue and get a few high-level points across,” he said. “What we see today is these people are taking a deeper dive.”