The Bureau of Reclamation yesterday delivered a disappointing, but not surprising, initial allocation for water supplies from the Central Valley Project. Agricultural water contractors south of the Delta will receive just 15% of their contracted supplies, while those farther north will get half of their contracted allocations.

Reservoirs are still hovering above average from wet weather in late 2019 and as carryover from the previous winter. Yet average snow water content in the Sierras is just 41% of normal.

The weather has been “leaving little to no room to realize the provisions of the new biological opinions,” said Kristin White, the Central Valley operations manager for the bureau, in a conference call with reporters. Without the new water plan, the first allocations would likely have been delayed a couple of months, she explained.

More specifically, the Westlands Water District estimated the amount for south-of-Delta farmers would have been about 10% under the previous management plan, according to a statement. A year ago, the new biological opinions would have conserved at least one million more acre-feet of water – enough to irrigate 300,000 acres.

The Friant Water Authority will receive just 7% of its contract amount. It expects growers in much of the San Joaquin Valley to rely heavily on groundwater supplies this year. That will lead to more subsidence in the Friant district and to further crippling of its main canal.

“This makes our efforts to repair the facility even more urgent and underscores the need for resolving the valley’s long-term water imbalance,” according to a statement from the authority.

The allocation amounts could improve if the state has more storm events in the coming months. 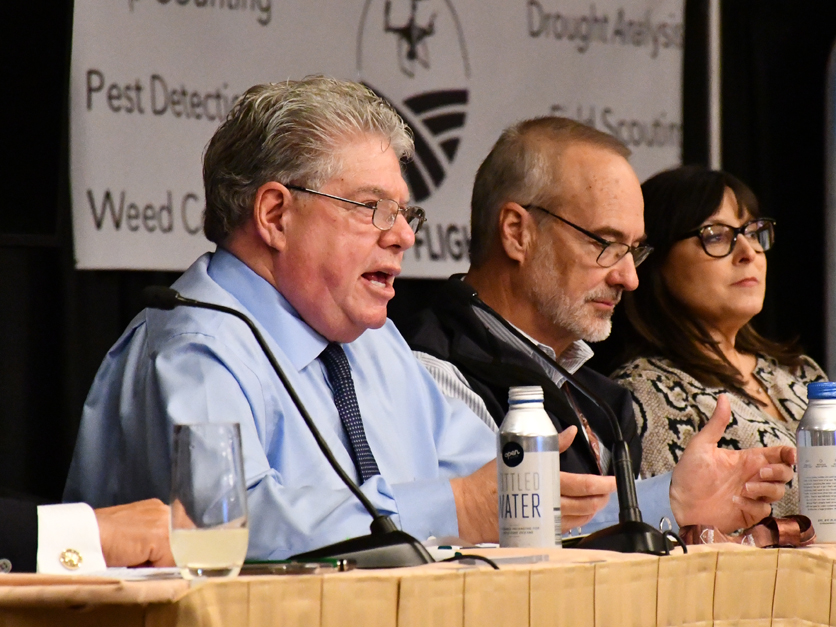 In resigning, Lyons applauds Newsom’s attention to the valley

In his resignation letter, former ag liaison Bill Lyons said he is confident Gov. Gavin Newsom’s commitment to voluntary agreements will lead to successful results for Delta water flows, according to a communications consultant close to Lyons.

Lyons said he would continue to be a bridge between the administration and ag interests but felt strongly it was time to reduce his public role and be with his family. Lyons did not mention Trump’s biological opinions or Newsom’s subsequent lawsuit.

“I hope that the Governor’s next agricultural liaison possesses these same skills,” she said in a statement. 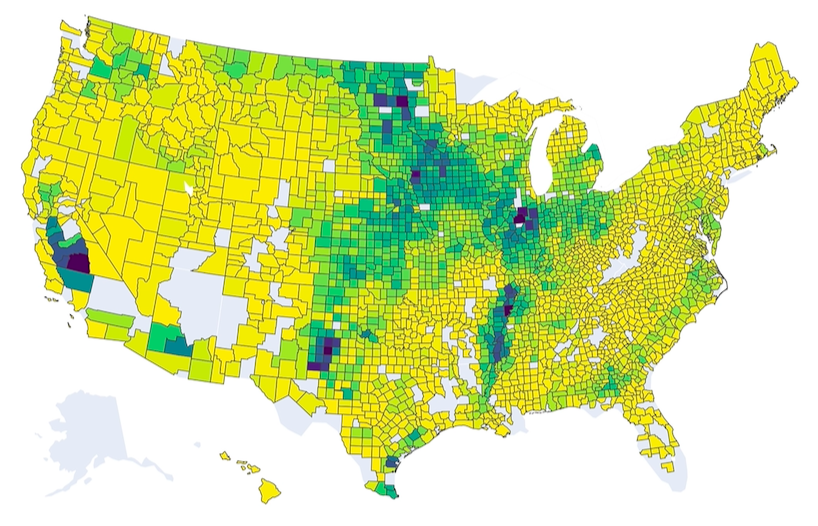 Fresh data obtained by Agri-Pulse pinpoints where those Market Facilitation Program payments have gone under the 2019 version of the program.

The top three counties for payments are in Texas, Arkansas and California, areas where there is heavy production of cotton, soybeans and milk. But counties have benefitted significantly across the Corn Belt and northern Plains as well.

USDA’s chief economist, Rob Johansson, tells Agri-Pulse the department did its best to target the assistance to commodities that have been affected by China’s retaliatory tariffs. “By and large the bulk of the payments have gone to states or counties or producers that were most affected by the trade war,” he said.

Keep in mind: Both the Government Accountability Office and USDA’s inspector general are looking into how USDA devised the program. Critics have charged that it benefitted the South unfairly.

The details on where the MFP payments have gone will be available today in this week’s Agri-Pulse newsletter and at Agri-Pulse.com.

The Trump administration says China is following through on its promises in the “phase one” trade deal by making policy changes to improve U.S. ag access to the Chinese market.

China has signed new protocols to allow imports of fresh potatoes from the Pacific Northwest, lift restrictions on U.S. pet food, and update lists of U.S. dairy processors that are eligible to ship to China.

The U.S. also is praising China’s decision to begin on Monday to accept applications from importers for tariff exemptions on U.S. soybeans, corn, wheat, pork and other commodities.

U.S. government and ag sector officials remain hopeful that China will be able to increase its ag imports by billions of dollars – as promised in “phase one” – but the spread of coronavirus in the country has stopped some port and factory operations and that threatens to delay trade.

We have more on the potential impact of the China trade deal in this week’s newsletter as well as looks at the FDA-USDA struggle over biotech policy and the potential winners and losers from changes in school meal regs.

“Right now, we’re in a little bit of a dispute with our federal partners.” – CDFA Sec. Karen Ross, discussing water issues in an interview with Agri-Pulse’s Ben Nuelle at a policy conference for state agriculture departments outside Washington, D.C.

Daybreak: Fishing groups use state forum to decry Trump’s water plan
Recent storms do little for water allocations
Daybreak: Pace of change in CA water is 'not up to the challenge'