Winegrape growers and others who harvest at night to avoid daytime temperatures now have a new set of lighting regulations for worker safety. The California Occupational Safety and Health Standards Board last week approved the rules, which will likely take effect in 2021.

Ag groups have opposed the new requirements. Based on those concerns, the board amended them to let employers provide the most appropriate source of lighting for the task at hand. As previously written, the rules would have required a vineyard “to be lit up like a football field,” Michael Miller of the California Association of Winegrape Growers told Agri-Pulse.

Miller also said the board failed to complete an adequate fiscal analysis as required by law. The board believed the regulation would apply to about 1,400 operations for three months of the year, but Miller said nearly 6,000 growers work at night on a variety of activities year-round.

"That's a gross underestimation," said Bryan Little of the California Farm Bureau in an interview. He called it a solution in search of a problem, but recognized the final regulation was not as bad as it could have been for farmers.

The board also made a change to allow the poultry industry to reduce lighting during harvest in order to avoid stressing the animals. 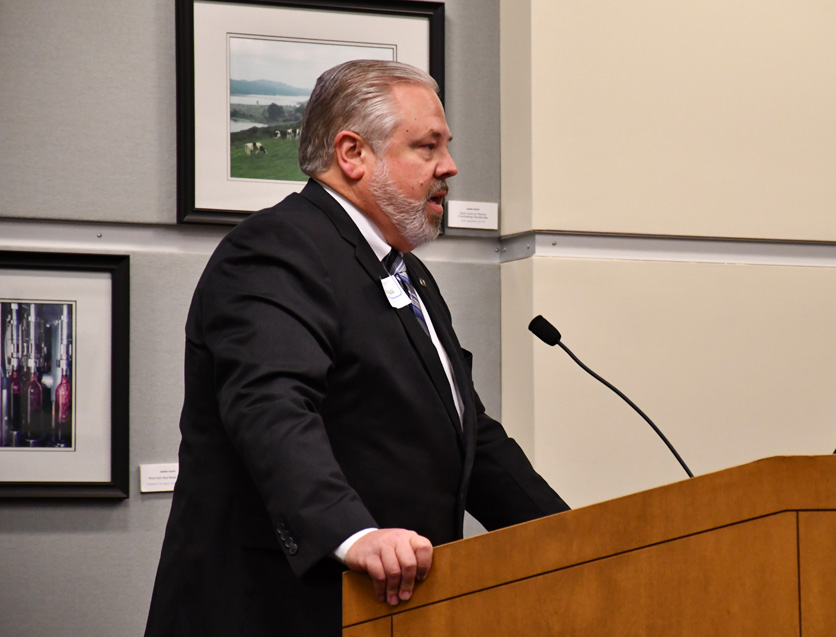 Bryan Little, a policy director at the California Farm Bureau

A coalition of local agencies in the Madera region has failed to comply with the Sustainable Groundwater Management Act. According to a letter by the Department of Water Resources, one of the four groundwater sustainability agencies in the coalition refused to sign their coordination agreement.

Since the deadline for submitting the plans has passed, the state may take over control of this section of the Madera subbasin to ensure it meets the standards for SGMA. DWR is currently consulting with the State Water Board to determine the next steps. Without local collaboration, the state’s conservation measures could be more aggressive or less tailored to local conditions. 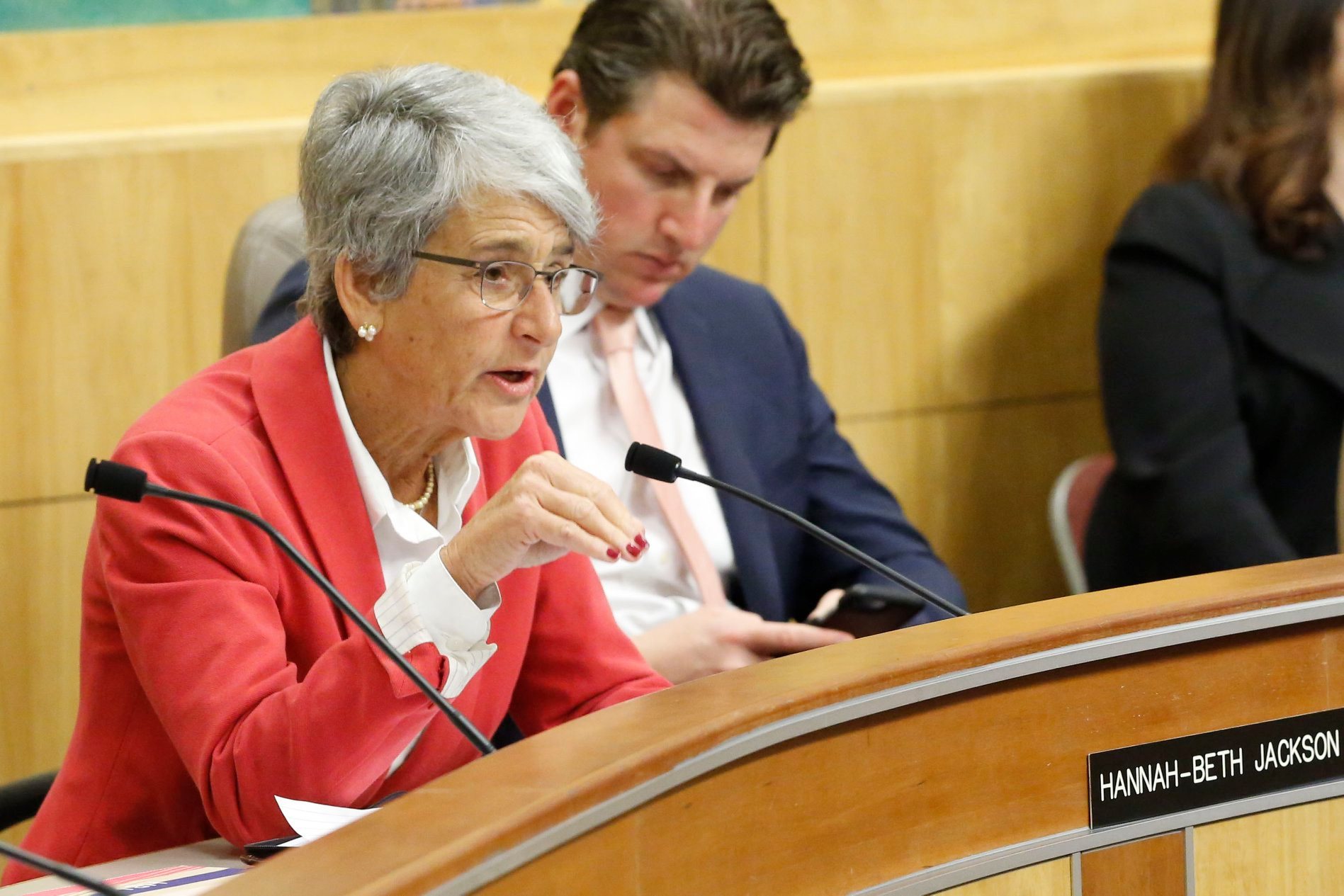 Legislators hint at a new climate bond and other bills

Soon legislative committees will once again be ticking through hundreds of new bills. Though it is too early to know which measures will actually face public scrutiny, here are a few young ones hoping to be picked for hearings.

Two rural Democrats have joined a group of urban assemblymembers to introduce a new bond measure aimed at addressing climate risks in California. The authors have not offered any other details but do point out the climate risks to agriculture and water supplies.

Likewise, a new bill by Sen. Hannah-Beth Jackson of Santa Barbara promises to revise the reporting requirements for agricultural pesticide use near schools. But it’s too early to know what that means.

Berkeley Senator Nancy Skinner does offer several details in her new carbon sequestration bill. Senate Bill 1323 would charge agencies with establishing carbon capture goals for natural and working lands. Skinner is riding a growing wave of support for agriculture – as far as its potential for removing carbon from the atmosphere, anyway.

Potato growers are on Capitol Hill this week pushing the Senate to move forward on a bipartisan ag labor reform bill that passed the House in December.

The bill would expand the H-2A program to year-round workers and provide growers relief on wage rules. It would also offer legal status to existing agricultural workers who are undocumented.

The co-sponsor of the House bill, Republican Congressman Dan Newhouse of Washington state, says he continues to work with Republican senators such as Thom Tillis of North Carolina, Roy Blunt of Missouri, and Idaho’s pair of senators to build momentum for a Senate bill.

Testing flexibility on the way for hemp farmers

Hemp producers got some good news from USDA Wednesday: This growing season, they won’t have to go to laboratories certified by the Drug Enforcement Administration, as originally specified in an interim final rule issued in October.

USDA Undersecretary of Agriculture for Marketing and Regulatory Programs Greg Ibach told leaders of state agriculture departments at USDA headquarters that the department would be updating its guidance to provide flexibility to producers, who have complained that using only DEA-certified labs would have made testing onerous, if not impossible.

Growers also will get some leeway on how they destroy their crop, if forced to because of high THC levels, Ibach said.

Also at the gathering with the National Association of Departments of Agriculture, Agriculture Secretary Sonny Perdue said despite the spread of coronavirus slowing China’s imports, he is still confident it will live up to its promises to buy $80 billion worth of U.S. farm commodities in 2020 and 2021.

A new bill introduced by Representative Chellie Pingree would increase funding for sustainable farming practices in an effort to eliminate greenhouse gas emissions from agricultural operations by 2040.

The Maine Democrat called her plan, which would reduce emissions by half before 2030, “ambitious but achievable.” It would provide more money for USDA regional climate hubs, soil health improvements, on-farm energy renewable energy initiatives, and protection of existing farmland.

Making a mark: The bill will probably not be considered for approval on its own, but is a “marker” bill, intended for inclusion in larger climate legislation.

Producers and landowners better move quickly if they want to compete in the general signup for funding under the Conservation Reserve Program. The deadline to apply is Friday.

“As long as you have an appointment scheduled, your CRP offer will be able to compete in this general signup, even if the appointment is in the first week of March,” Farm Service Agency Administrator Richard Fordyce said.

(photo of Harder with nutria)

“I’m here with my good friend Nellie the Nutria.” – Calif. Rep. Josh Harder, who brought his stuffed nutria to another congressional hearing yesterday to discuss his bill that would allocate $12 million toward nutria eradication. The bill has advanced to the Senate.