Home » Daybreak: Ag Board to weigh in on Cal/OSHA lighting regs
WEST

Daybreak: Ag Board to weigh in on Cal/OSHA lighting regs

Battle over lighting regulations moves to Food and Ag Board

During its monthly meeting yesterday, the State Board of Food and Ag heard concerns over a proposed Cal/OSHA regulation requiring more lighting for nighttime work.

Michael Miller of the California Association of Winegrape Growers said many aspects of the worker safety regulation are already in place. Farmworkers already use reflective vests, headlamps, flashlights and lighting from tractors. The added requirement for aerial lighting would add towers to the mix, however, which would be difficult on hillsides, he said. “This regulation will likely end ag work at night,” he warned.

Bryan Little of the California Farm Bureau couldn’t name a specific incidence of a nighttime accident from lack of lighting, saying the ones cited by the agency happened in daytime. Little explained the regulation would also conflict with local ordinances over light pollution, impacting the “urban-ag interface.”

He added: “We’ve had difficulty getting the agency to be responsive to these concerns.”

Why it matters: Winegrapes are increasingly harvested at night and by machines. Doing so in the daytime temperatures would require time and energy for cooling the grapes by machine. And wine grapes are not alone. Farmer and Board President Don Cameron said, “We have tomatoes we harvest 24 hours a day” and onions harvested at night as well.

The groups are urging two amendments to the regulatory proposal: To require lighting only when workers are present and to remove the aerial lighting requirement. The Board will formally take up the matter in a future meeting. 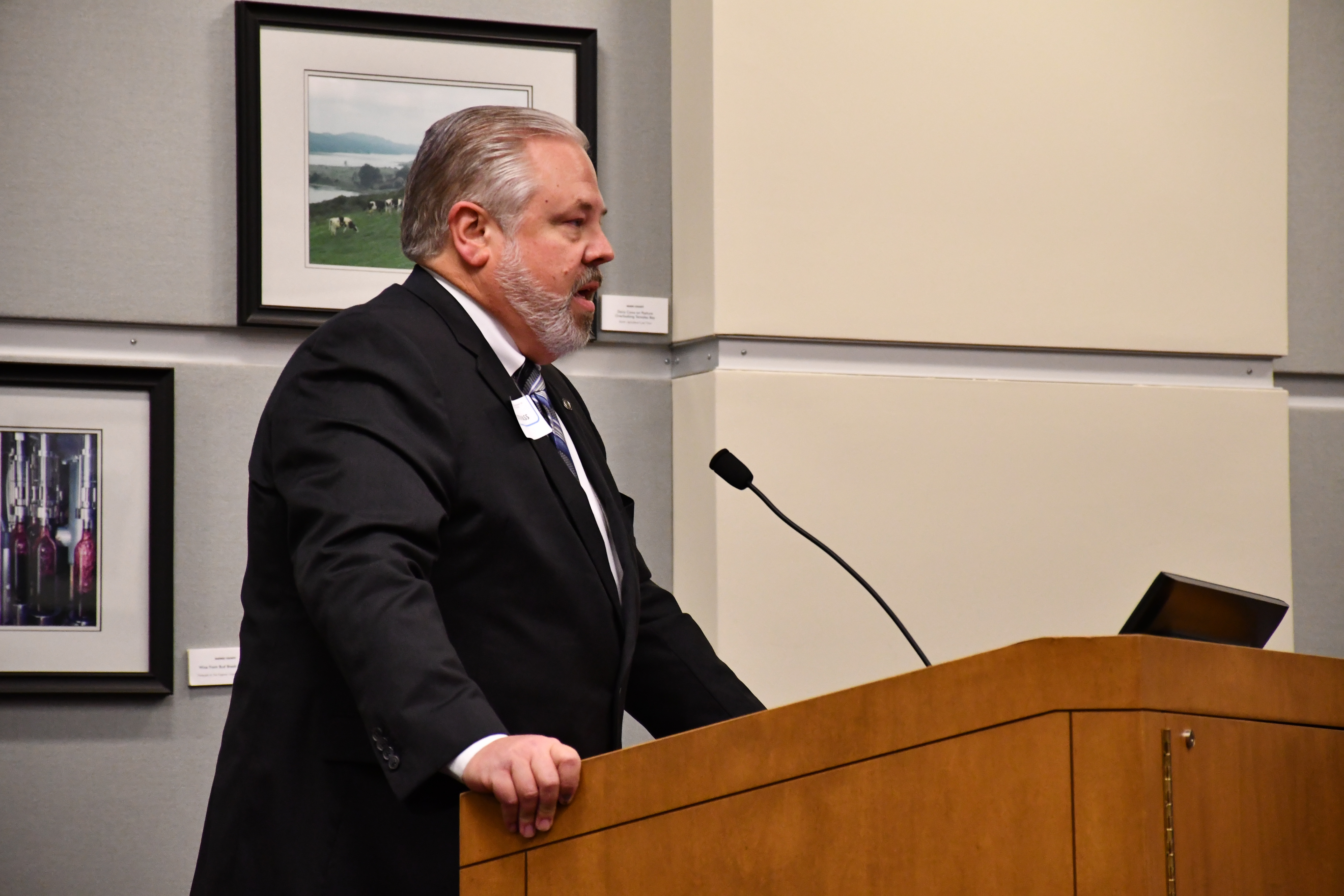 The Republican senator assisting with the development of a bipartisan ag labor bill says it will be difficult to get through that chamber given the focus on impeachment.

“Hopefully, we can (take up the bill) because I know the farmers need relief, but we also have to address some of the concerns with the ag community,” Sen. Thom Tillis, R-N.C., told Agri-Pulse.

The American Farm Bureau Federation has yet to endorse the House bill because of concerns about the H-2A provisions, including the cap on year-round visas. Another AFBF concern is the bill would, for the first time, cover H-2A workers under the Migrant and Seasonable Workers Protection Act. The House Judiciary Committee could take up the bill as soon as next week.

Keep in mind: Some immigration hardliners are already calling it an “amnesty” bill since it would provide legal status to undocumented farmworkers.

For more on the ag labor bill, plus a look at the issues slowing down action on the U.S.-Mexico-Canada Agreement, read this week’s Agri-Pulse newsletter.

Agriculture Secretary Sonny Perdue is in Mexico for the rest of the week, leading a trade delegation that includes dozens of farm groups and producers.

Representatives of U.S. almond, wine, dairy, rice, grain and many other industries will be present for the three-day trip that should be able to capitalize on the fact that Mexico continues to steadily increase its imports from the U.S.

The folks with Blue Diamond Growers and the Almond Board of California may find the trip especially rewarding. Mexico imported $371 million worth of tree nuts last year, a whopping 45% increase from 2017, according to USDA data.

The U.S. Supreme Court today will hear arguments in a case from Hawaii that has significant implications for all of U.S. agriculture.

Farm groups say if an appeals court decision is upheld, producers could be required to get permits for applying fertilizers and pesticides to their fields because the residues could get into groundwater.

The issue in the case from Maui County, Hawaii, has to do with wastewater that flows into the Pacific Ocean when injected into groundwater. The 9th U.S. Circuit Court of Appeals ruled the county needed a pollution permit under the Clean Water Act.

Why it matters: Farm groups have told the high court in a brief that if the 9th Circuit ruling stands, farmers could be subject to permit requirements for engaging in such “best practices” as using manure storage or treatment facilities “to allow for the timely and appropriate application of manure on fields as fertilizer.”

“Fertilizers and pesticides applied to crop fields enter groundwater, if at all, only intermittently, in variable amounts, and through different points that change depending on soil conditions and other environmental factors,” the farm groups say. “And any eventual release to navigable waters is even more remote, uncertain, and changeable with conditions.”

Senate Finance Committee Chairman Chuck Grassley says the USDA should discontinue its Market Facilitation Program if the U.S. and China cinch a trade deal soon, but only if it results in the massive increase in trade President Donald Trump has promised.

Some 62% of farmers surveyed in the October Ag Economy Barometer from Purdue University and CME Group expect the Trump administration to dole out another round of MFP payments for the 2020 crop year.

“For a lot of people when you get it two years in a row, the likelihood of it showing up for a third year starts to get built into their expectations,” Jim Mintert, director for the Purdue Center for Commercial Agriculture, tells Agri-Pulse. 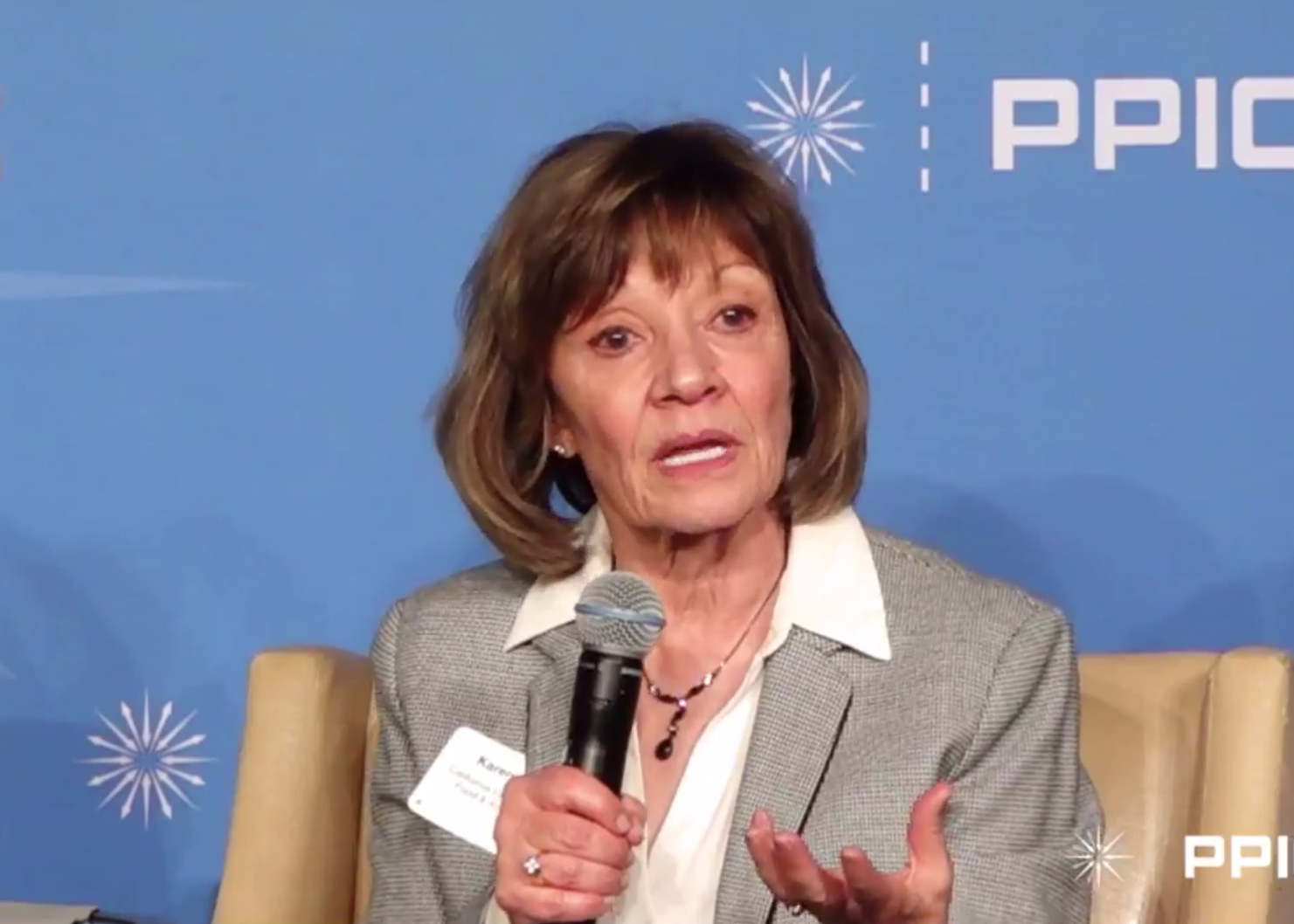 “It is very hard for a carrot grower to compete with a pistachio grower at a certain cost of water.” – CDFA Sec. Karen Ross, discussing the potential benefits and risks with water trading during a panel discussion yesterday on water and climate for the Public Policy Institute of California.