“Would you say those are policy consequences?” he asked Natural Resources Secretary Wade Crowfoot in a general subcommittee hearing on agency budgets. “In other words, people are making the decisions that are creating the problem.”

Caught off guard, Crowfoot stumbled before first acknowledging he was briefed on preliminary findings a month ago and then explaining the need for SGMA.

“Everyone from Congressman Costa on down has said that implementing SGMA is ultimately important to securing those water supplies for future generations of farmers,” he said. Crowfoot also pointed to the more than $400 million the state has provided for implementing SGMA, with as much money recommended in a ballot bond for November, along with $60 million in the budget.

“I understand acutely the anxiety and the concern about the water supply reliability in the Central Valley,” added Crowfoot.

Patterson then called SGMA a “schizophrenic policy” for telling communities to put water back in the ground to fill the aquifers but not giving them the surface water to do it. He also emphasized the poor are hurt more than anyone else.

When the committee chair asked to move on, Patterson pushed back: “They don't go to my office like they go to your office,” he said of the administration.

Crowfoot said to hold him accountable for making time for he and his team to meet with Patterson on this or any other matter.

Keep in mind: SGMA’s impacts, especially as they relate to safe drinking water, will come up in more budget committee hearings through June. 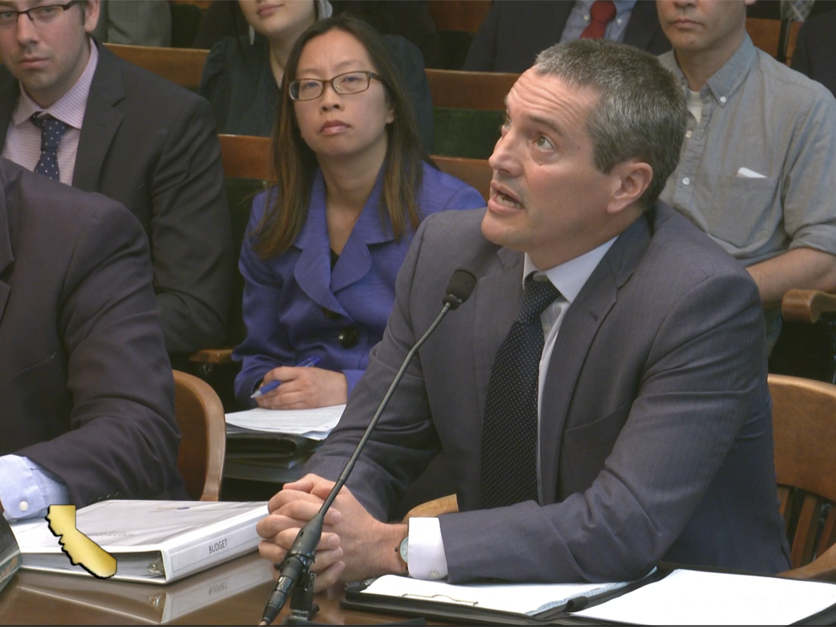 The Department of Pesticide Regulation fined a small grower in Santa Barbara County $15,000 after using an illegal pesticide on his crop. Four tons of his tainted strawberries were also destroyed.

The insecticide, methomyl, is allowed on some crops, but not strawberries. Further restrictions were put in place nationally in 2015 due to traces found in drinking water. Two other neighboring growers were also fined $5,000 in total.

Agriculture Secretary Sonny Perdue is doubling down on his warnings to farmers about not expecting another round of Market Facilitation Program payments this year while trying to assure lawmakers that a surge in exports is around the corner.

A member of the House Ag Committee told Perdue on Wednesday that he and President Donald Trump are sending conflicting signals about the prospects for MFP 3.0.

“It’s no way to make farmers run their businesses, and given that farm debt is increasing twice as fast as farm equity, how can lenders ignore such a statement from the president?” Minnesota Democrat Angie Craig asked Perdue. She was, of course, referring to Trump’s Feb. 21 tweet saying he would provide more aid if trade deals don’t “fully kick in.”

After the hearing, Perdue told reporters he thinks there’s less than a 10% chance of a new round of MFP.

It’s still difficult getting containers full of whey and other dairy products into China because stevedores have been stuck at home to avoid exposure to the coronavirus, but the situation at Chinese docks is improving, U.S. Dairy Export Council CEO Tom Vilsack tells Agri-Pulse.

Whereas many docks were recently only 25% operational, they are now operating at roughly 75% capacity, he said. But that’s still making it much more expensive and time-consuming to get U.S. products there and it’s just one factor that’s impacting U.S. exports to Asia. Demand for dairy has dropped in Asian countries like South Korea and Japan, where people are avoiding restaurants, grocery stores and public gatherings.

Keep in mind:  Chinese ports may still be clogged, but the country is following through on its promise to grant tariff exemptions. Vilsack says Chinese importers have been applying for – and getting – tariff exemptions to buy U.S. dairy products, such as skim milk powder, sweet whey, whey protein concentrate, lactose and cheese.