The United States has the potential to be a global leader in aquaculture production, but critics say that can't happen until a complicated regulatory process is streamlined.

Pacifico Aquaculture is a striped bass farm located on the lee side of the Todos Santos Islands in Baja California, Mexico, that’s co-owned by two U.S. citizens, Omar Alfi and Daniel Farag. The company started in 2010 after investors saw the potential of raising striped bass in cages in federal waters.

The idea for raising the striped bass was based on a research project conducted by Hubbs SeaWorld Research Institute (HSWRI), which was funded by the National Oceanic and Atmospheric Administration. And the market potential for U.S. investors was clear: The U.S. imports 80% of the seafood we eat, according to NOAA.

“The irony is that U.S. research dollars developed these new farming capabilities and U.S. investment dollars were then used to create a new industry, and jobs, in Mexico, which then sells the product back to the U.S.,” said Don Kent, president and CEO of Hubbs SeaWorld Research Institute.

Unlike the U.S., Mexico has a well-developed and regulated permitting process for marine farming.

“There is no clear process that outlines where the beginning is and where the end is,” said Kent about the U.S. regulatory process.

“Anyone wanting to invest in offshore farming in U.S. waters faces a very unclear, expensive and uncertain process to gain permission to operate,” said Cruz. First, they have to obtain a series of permits. 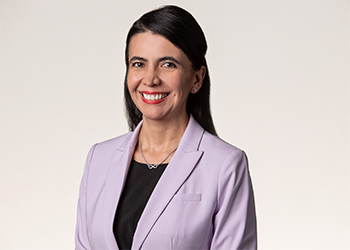 The type of permit is determined by the location and the type of aquaculture. Aquaculture is the breeding, rearing, and harvesting of fish, shellfish, algae, and other organisms, in all types of water environments. Some species are fed and some compete for food in their natural environments.

Any farm within three nautical miles of a coastline is considered to be in state waters or navigable waters. Beyond that is federal waters, where all aquaculture requires permits from the Environmental Protection Agency, Army Corps of Engineers, and U.S. Coast Guard. Once the permits are obtained, the National Environmental Policy Act review process can begin.

Critics say the NEPA review is not housed under one agency, but rather is a series of negotiations between the agencies to identify environmental concerns and find ways to mitigate them. A review can take as long as two years to be completed and does not guarantee a company can start farming.

Aquaculture is very capital-intensive, and because the process takes so long to obtain a permit, it leaves potential investors with few options but to take their money, and jobs, overseas.

Some stakeholders believe the best way to mitigate these challenges would be to establish one entity as the lead authority to manage marine aquaculture in federal waters through the creation of an Office of Marine Aquaculture under the National Oceanic and Atmospheric Administration.

“Aquaculture is a fast-growing agriculture industry that is creating jobs and improving our country’s food security,” Peterson said in a press release. “It also creates a market for soybeans as they provide nutritious aquafeed. Our bill will streamline the permitting process and build upon research and development efforts that are underway."

Sen. Roger Wicker, R-Miss., first introduced the AQUAA Act in 2018, but it failed to gain traction on Capitol Hill with environmental groups, fishermen, and congressional Democrats.

Asked about how his bill compares, Peterson’s office confirmed that the “bulk is the same" as Wicker’s with some updates and changes in technical language.

Last year, the Center for American Progress released a report examining Wicker’s 2018 bill and determined there were three main concerns for the failure of the bill:

There is hope that the new AQUAA Act will gain the momentum and support it needs to establish an aquaculture industry, which could lead to another market for the soybean industry.

“The aquaculture sector continues to expand and improve at a very rapid pace. Today, almost all aquaculture species use soy products in their feeds,” said Robert White, United Soybean Board farmer-leader from Virginia Beach, Va., in a report last year. “Soy has become an essential ingredient in aquaculture feeds.”

According to USB, soybean meal is the number-one protein source used in aquaculture worldwide.

Soybean meal in aquaculture feed started out as a fishmeal substitute, but because of it’s high protein density and amino acid profile it became a critical ingredient in most aquafeeds.

“As production improves and nutritional needs are understood, the desire and requirement for high-quality ingredients like U.S. soy will continue to grow.” added White.