The debate over fats in the American diet has entered a critical phase for members of the Dietary Guidelines Advisory Committee.

At its last meeting this month before presenting the draft report to the public on May 11, the committee appeared to be leaning toward maintaining a limit on intake of saturated fats, found in meats and dairy foods such as butter and cream, in order to lower cholesterol and reduce the risk of cardiovascular disease (CVD).

But members also recognized they would nonetheless need to address recent claims about the value of saturated fats in diets, citing as an impetus a workshop of nutrition scientists organized by The Nutrition Coalition.

In a February letter to Ag Secretary Sonny Perdue and Health and Human Services Secretary Alex Azar — the two secretaries charged with evaluating the DGAC report and producing the final Dietary Guidelines for Americans — those 10 scientists, three of whom have served on previous DGACs, said the secretaries should seriously consider lifting limits placed on saturated fat intake, stating that “the best and most updated science fails to support current limits on consuming these fats.”

They said there is a “growing recognition by scientists in the field that the effect of saturated fats on health cannot be considered in isolation but instead must be analyzed as part of the larger food matrix … in which these fats exist.” In addition, they said “some foods, such as dark chocolate, whole-fat dairy, and unprocessed meat, have a relatively high saturated-fat content but show no association with increased cardiovascular risk.”

But committee members who addressed the issue supported a recommendation adopted by DGACs since 2005, that Americans get no more than 10% of their calories from saturated fats. In fact, the limit could be lower. 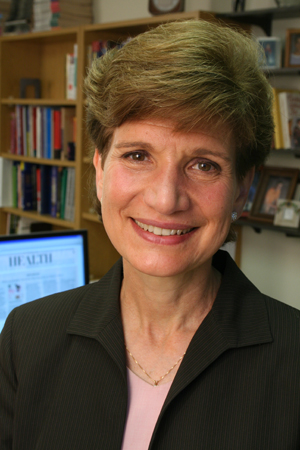 “To our knowledge, there is no biologic requirement for saturated fatty acids,” said Linda Van Horn, a member of the Dietary Fats and Seafood Subcommittee that presented draft conclusions on March 13.

“Certainly in our discussion, we can raise that very important issue and reiterate the value of saturated fat intake that is no more than 7%,” she said, even saying “there’s no limit” on how low that percentage could go.

Nina Teicholz, founder of The Nutrition Coalition and author of “The Big Fat Surprise: Why Butter, Meat and Cheese Belong in a Healthy Diet,” characterized the comments on limits as “a very unbalanced view given the strong diversity of opinions among top scientists that now exists on sat fats.”

At the same time, the subcommittee determined “insufficient evidence” was available to determine if replacing saturated fats with polyunsaturated fats (PUFA) in adults “affects the risk of stroke or heart failure.” Nor does enough evidence exist “to determine if replacing SFA with different types of carbohydrates (e.g., complex, simple) in adults affects the risk of cardiovascular disease.” 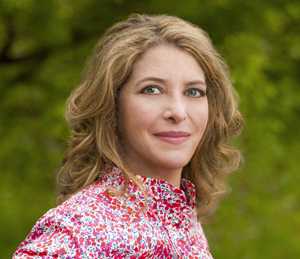 The issue is complicated. For example, the subcommittee said there is limited evidence as to whether replacing saturated fatty acids with monounsaturated fats (MUFA) — as are found in olive oil, avocados and nuts — provide cardiovascular benefits.

“One reason is that the main sources of MUFA in a typical American diet are animal fat, and … the co-occurrence of SFA and MUFA in foods makes it difficult to tease out the independent association of MUFA with CVD,” the subcommittee said.

However, evidence from randomized control trials and prospective studies “has demonstrated benefits of plant sources of monounsaturated fats, such as olive oil and nuts on CVD risk,” the subcommittee said.

“The fact of the matter is, in order to achieve the levels of LDL cholesterol population-wise, intake of saturated fat that is 7% or lower is consistent with meeting all of the other nutrient density recommendations” for dietary fiber, fruit and vegetable intake and whole grains, Van Horn said.

The workshop participants who got the attention of the committee, however, said in their letter to Perdue and Azar, “It is now known that there is more than one type of LDL, and that in the majority of individuals, reducing dietary saturated fat does not lower the type (small dense LDL) that is most strongly associated with heart disease risk.”

Subcommittee member Joan Sabate acknowledged the changing research. “The relationship between saturated fat and [coronary heart disease] has been clear for many decades and probably still is the same,” he said. However, when considering the relationship with CVD, the connection is “maybe not as clear.”

And the North American Meat Institute, in comments submitted last month, said “red and processed meats are often grouped together as foods to reduce or limit, and lean meats and poultry as foods to encourage. Rarely is it recognized that red meat and processed meats can be different foods or the same, and that they can be lean.”

“The overall discussion about the role of meat and poultry, including processed meat, in the diet should have greater context about the nutrient contribution of these products and how they can fit in healthy dietary patterns that meet lifestyle and dietary constraints,” NAMI said.

The committee gave a preview of what it plans to discuss in a planned “integration chapter” that will address topics where the committee did not do any analysis. Committee co-chair Barbara Schneeman said among the topics will be sustainability of the food system and the growing attention paid to low-carb and “ketogenic” diets.

Committee member Steve Heymsfield said there are “a lot of issues swirling around the dietary guidelines” about the environmental impact of food production, and Sabate said, “We can recommend ways to eat, but if these are not sustainable, probably in the long run it’s not going to work.”

Sarah Reinhardt, food systems and health analyst at the Union of Concerned Scientists, said she was “thrilled” that the committee will be talking about sustainability. Reinhardt is the lead author on a recently published paper that looked at 22 studies on sustainability and diet and found that they “generally support the conclusion that, among healthy dietary patterns, those higher in plant-based foods and lower in animal-based foods would be beneficial for environmental sustainability.”

The 2015 DGAC looked at sustainability for the first time, but the topic wasn’t included in the final dietary guidelines from the Obama administration or the 2020 DGAC’s scope of work.