Farm groups have been nervously watching the high-stakes talks on a massive economic stimulus package between congressional leaders and Treasury Secretary Steven Mnuchin.

The top Democrat on the Senate Agriculture Committee, Debbie Stabenow of Michigan, was insisting Monday that an increase in USDA’s Commodity Credit Corp. spending limit needed to ensure that a new Market Facilitation Program and other emergency aid distribute benefits more broadly than the 2018 and 2019 versions of MFP.

Nearly two years after she was first nominated, the Senate on Monday night finally confirmed Mindy Brashears as USDA’s undersecretary for food safety. Brashears, who was approved by Senate Ag in May 2019 with bipartisan support, had been serving as the deputy undersecretary while her nomination awaited a floor vote.

USDA is under the gun to ensure that that packing plants have an adequate numbers of inspectors to stay in operation during the COVID-19 crisis. 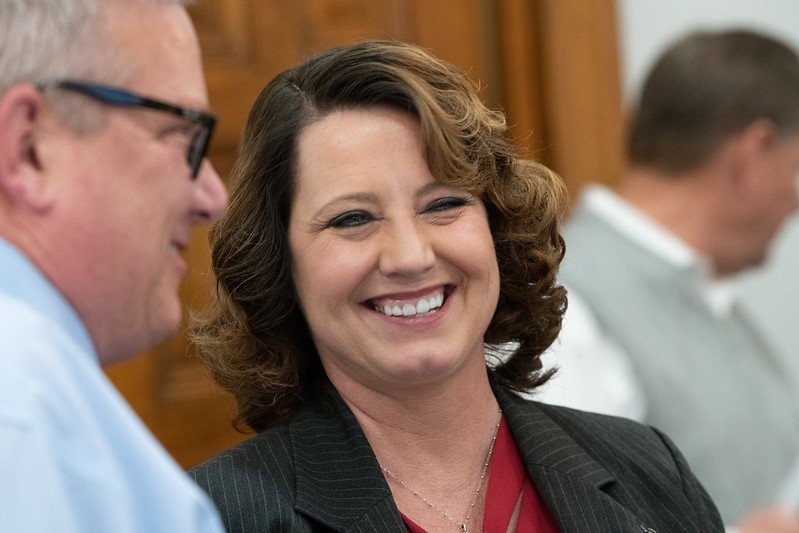 Fruit and vegetable farmers and their distributors are losing billions of dollars as restaurants and other buyers shut down and the government needs to step in, according to a new plea from the industry that traditionally shies away from government assistance.

The United Fresh Produce Association is asking Congress and USDA to, among other things, set up a $5 billion fund to pay foodservice distributors who took possession of fresh fruits and vegetables, but now cannot sell them or pay back the farmers who grew them.

Separately, United Fresh is asking USDA to allow foodservice distributors to disperse current produce inventories immediately through federal feeding programs. “While some are using retail channels to utilize their current supplies, most inventory (is) currently sitting and waiting for a ‘customer’” United Fresh says in a letter to Agriculture Secretary Sonny Perdue.

United Fresh also says schools should be allowed to use funding through the Fresh Fruit and Vegetable Program to provide pre-packed boxes of fresh produce to families that need the produce.

Bottom line: “This outbreak has had a seismic impact throughout the produce supply chain and is causing extreme uncertainty in the industry. For example, distributors serving schools and restaurants have seen this sector dry up almost overnight,” United Fresh said in a letter to congressional leaders.

Here are United Fresh’s letters to Congress and USDA.

The news is getting more grim by the day for the nation’s ethanol industry – and corn growers. One of the country’s largest ethanol producers, POET, has stopped buying corn at some of its facilities because of the slowdown in fuel consumption. POET purchases 5% of the nation’s corn crop.

“We just couldn’t get the support” for the aid, Nebraska Republican Senator Deb Fischer told Agri-Pulse.

Keep in mind: She and other industry supporters are counting on the Trump administration not to appeal an appeals court ruling that would make it much harder for refiners to get waivers from the Renewable Fuel Standard.

Members of the Texas congressional delegation have sent a letter to EPA Administrator Andrew Wheeler urging the administration to appeal. The lawmakers argue that small refineries stand to lose thousands of jobs if the administration doesn’t fight the ruling.

The American Farm Bureau Federation is circulating a three-page list of COVID-19 policy priorities that range from rolling back requirements of the H-2A visa program and suspending H-2A wage rates to providing unsecured loans to businesses of all sizes and injecting more money into rural communities and counties where there are large amounts of federal land.

On H-2A, AFBF is calling for the administration to suspend wage rules, automatically extend the length of H-2A visas and allow H-2A users to share workers among farms. “While containment of COVID-19 is a national emergency, providing food to over 300 million Americans is no less critical,” AFBF says.

For rural communities, AFBF is calling for removing the 5% reduction in payments to Secure Rural Schools, located in areas with national forests. AFBF also wants mandatory funding through the Payment In Lieu of Taxes program to pay for health crisis management and emergency response.

American Farmland Trust, the organization behind the national “No Farms No Food” movement, is announcing the creation of a Farmer Relief Fund today. The fund will award eligible farmers with cash grants of up to $1,000 each to help them to weather the COVID-19 crisis. 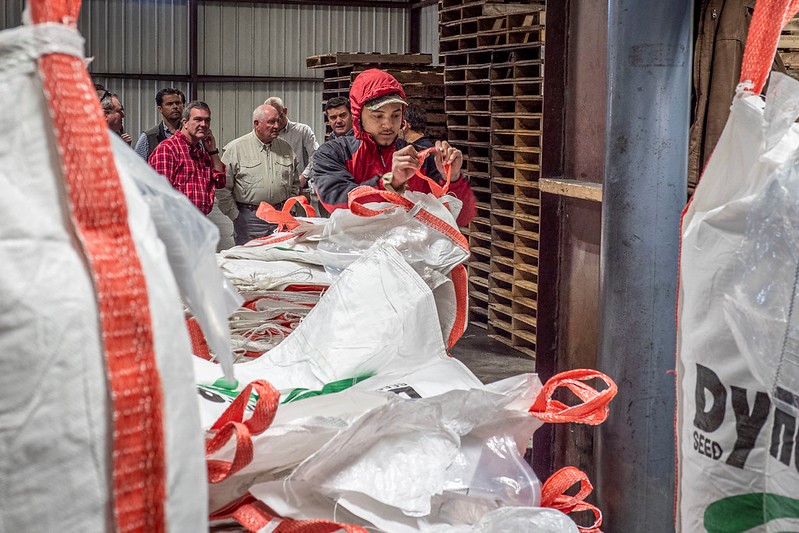 If you’re a food manufacturer or supply facility, take heart in the fact that the federal government has declared your industry as “critical infrastructure” during the coronavirus crisis. That’s the word of the vice president and general counsel for Kerry,  a global food company based in Ireland.

In a webinar sponsored by the Food and Drug Law Institute, Lanny Schimmel said it’s important to let employees know about the importance of their industry, as it gives them “a sense of purpose.” In Kerry’s case, “We’ve seen the vast majority of our employees are happy to be able to continue to work,” Schimmel said.

Jonathan Cohen, a lawyer with K&L Gates in Washington, D.C., advised companies to take a careful look at all their insurance policies to determine the scope of their coverage. For example, a policy that addresses pollution might cover interruption of business caused by a virus, Cohen said.

National Agriculture Day turned out to be a victim of the COVID-19 pandemic. Scheduled events were canceled or postponed, including Monday’s Agri-Pulse Ag and Food Policy Summit, which has been moved to June 22.

But President Donald Trump issued the annual Ag Day proclamation on Monday and used it to call attention to the trade deals he has negotiated while highlighting how critical agriculture is to the country.

“Since taking office, I have worked tirelessly to deliver on my promise to negotiate better trade deals for our country, directly benefitting agricultural communities,” the proclamation reads. “After decades of one-sided trade agreements that left the great men and women of our country behind, my Administration has secured fairer and more reciprocal deals that ensure American workers are put first.”

By the way: The Agri-Pulse Food and Ag Policy Summit West has also been postponed. The event, which was originally scheduled for April 22, is now set to take place Sept. 9 in Sacramento.

To come up with that number, the analysts estimate that the sector has a direct economic impact of just under $3 trillion, including $371 billion attributed to agriculture. Food manufacturing is responsible for another $1.1 trillion. The analysts then calculated other indirect impacts of the sector to come up with the $7.6 trillion figure.

He said it: “I cover my mouth when I sneeze, except once this morning I’m sorry to say.” – Senate Finance Committee Chairman Chuck Grassley, responding to a question about measures he is taking to prevent COVID-19.